Live Music and Special Events in Houston This April 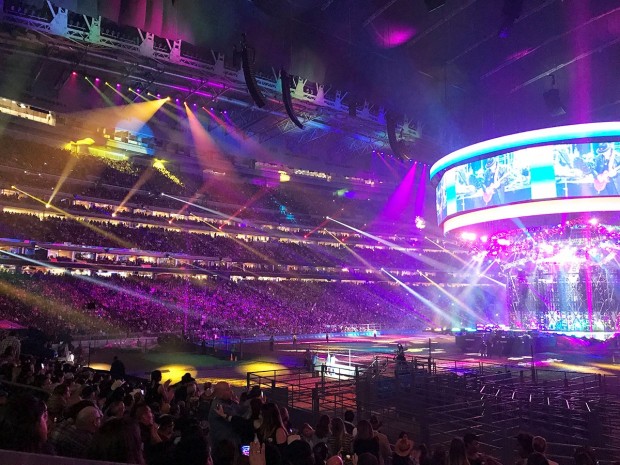 Yes, I know… You’re all tired from going to the Rodeo concerts every night… I am too. Rodeo season is amazing but exhausting. BUT if you’re into live music, you’d be foolish to miss some of the cool concerts going on this month in Houston. There’s a great mix of artists in town this month, culminating in an exciting Rolling Stones show at the end of the month. Don’t miss out!

Apr. 7: Rockets vs. Phoenix Suns @ Toyota Center
Fan Appreciation Night! There are only a few Rockets home games happening in April, so add this to your calendar ASAP.

Apr. 9: George Thorogood & The Destroyers @ House of Blues
There’s no way you haven’t heard “Bad to the Bone.” And now you know… that’s George Thorogood! A blues/rock guitarist made famous in the ‘80s, George will be performing alongside his usual band.

Apr. 9: Dover Quartet @ Rice University - Stude Concert Hall
The Dover Quartet is a classical music group that had a residency at Rice for a while, and now regularly makes appearances at the Shepherd School of Music on Rice’s campus. They are an award-winning, internationally-known quartet. Concert is 7:30-9:30 p.m.

Apr. 18: Maren Morris @ Revention Music Center
You might not know her name off the top of your head, but you have definitely heard Maren Morris sing. She’s the voice behind the hit song “The Middle,” and she has a new single out, called “GIRL.”

Apr. 18: The Music of Cream @ House of Blues
Cream was a British supergroup consisting of Eric Clapton, Ginger Rogers and Jack Bruce. This act is a tribute to Cream, featuring relatives of all the members of Cream, including the son of drummer Ginger, the son of singer Jack, and the nephew of guitarist Eric.

Apr. 20: Chelsea Handler’s Sit Down Comedy @ Revention Music Center
Chelsea Handler, one of TV’s top comedians, is performing at Revention this month. She’s brash, bold and super funny, so check it out!

Apr. 22: Boz Scaggs: Out of the Blues Tour 2019 @ House of Blues
Boz Scaggs is a blues artist originally from Plano. He’s a Grammy award-winner and former member of the Steve Miller Band.

FYI: The Rolling Stones were scheduled to play in Houston on April 28, but the tour has been postponed due to the order of Mick Jagger’s doctor. If you bought tickets, check your email for more information on the rescheduled concert and refunding.