Live Music in Houston This May 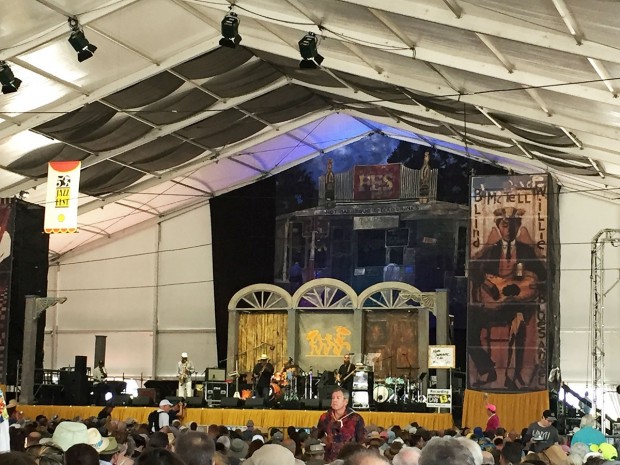 A view from the Blues Tent at the New Orleans Jazz & Heritage Fest, which takes place this year April 25-May 5.

Summer is so close, I can taste it! Summer is the best time to try out new music venues and check out new artists you’ve never heard of. What’s the harm in spending a few bucks to hang out outside on the lawn of one of the many amazing concert venues in Houston to listen to some live music? Push yourself to try out something new this summer! There’s lots to listen to this May.

May 2: Bob Seger & the Silver Bullet Band @ Cynthia Woods Mitchell Pavilion
This is Bob Seger’s last tour, marking an end to a 50-year career. It’s your last chance to see him in concert if you’re a fan!

May 5: Elle King @ White Oak Music Hall Downstairs
You’ve definitely heard her voice before, even if you don’t recognize the name. Elle King is responsible for “America’s Sweetheart” and “Ex’s and Oh’s,” two incredibly catchy songs.

May 7: The Struts @ House of Blues
The Struts are an English group known for their amazing stage presence and elaborate costumes.

May 7: YUNGBLUD @ The Studio at Warehouse Live
YUNGBLUD, otherwise known as Halsey’s boyfriend, is an Australian rocker. He and Halsey recently released a song called “11 Minutes.”

May 9: Ms. Lauryn Hill @ Smart Financial Centre
Lauryn Hill’s music spans many genres, including soul, R&B, and hip-hop. She is best known for her only solo album, The Miseducation of Lauryn Hill.

May 11: The Allman Betts Band @ The Heights Theater
The sons of Greg Allman and Dickey Betts are coming together to perform in honor of the 50th anniversary of the Allman Brothers Band.

May 16: Wilderado @ The Bronze Peacock at House of Blues
I saw Wilderado open for Lindsey Buckingham and Christine McVie a few years ago, and they were great! They have a folksy sound that is catchy and authentic.

May 18: LEON @ The Bronze Peacock at House of Blues
LEON has a beautiful, soulful sound that she uses to bring depth to pop songs. I’m a big fan, so hopefully I’ll see you there!

May 18: Steve Aoki @ Spire
Do you want cake thrown in your face while you’re dancing? Look into this show. Enough said!

May 19: Ariana Grande @ Toyota Center
Ariana Grande is arguably one of the biggest stars in the world right now. Fresh off two amazing performances at Coachella, Ari can be expected to put on a crowd-pumping show.