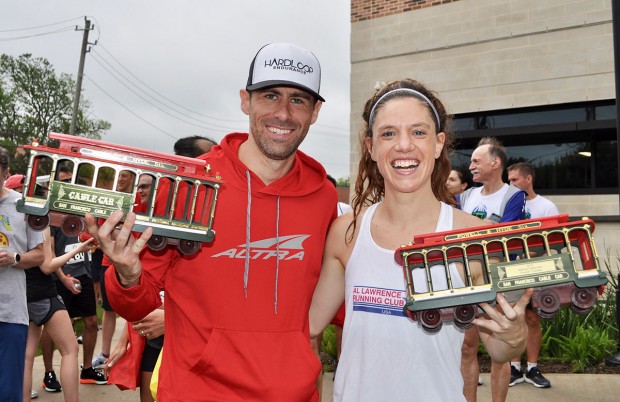 Calum Neff and Kim Lowry were the men’s and women’s overall winners of the Bellaire Trolley Run. (Photo: Pooja Salhotra)

The rain held up just long enough on Saturday morning for roughly 650 runners to cross the finish line at the 24th Annual Bellaire Trolley Run. The race started with a 1 Mile Family/Kids Race, followed by a wheelchair division, then a 5K, and finally, the race’s newest addition: the 5K stroller division.

Co-hosted by the City of Bellaire, Patrons for Bellaire Parks and the Al Lawrence Running Club, the event drew runners of all abilities and experience levels from across the city, and even from Dallas and Austin. 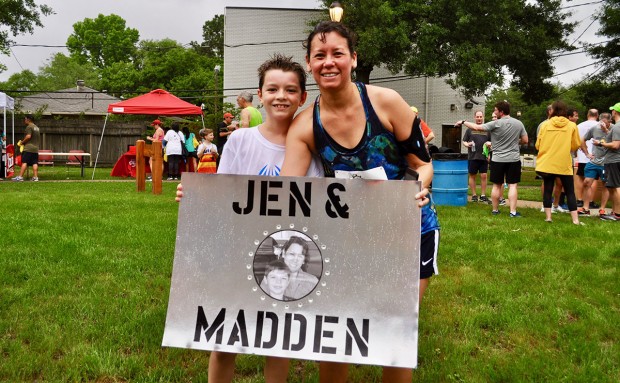 Madden Taylor and Jen Takagi ran the 5K, with support from Jen’s sister who made this sign. (Photo: Pooja Salhotra)

“It’s inexpensive, and it’s a flat course without too many turns, so people run great times in this course,” said Annie Hadow of the Al Lawrence Running Club.

Runners started in front of Bellaire City Hall, ran north toward Bellaire Boulevard, made a loop around the famous trolley car on Bellaire Boulevard, then ran back down S. Rice Avenue toward Bellaire High School, turning down Maple, Ferris, Valerie Street and finishing in front of City Hall. Following the race, runners enjoyed the post-race after party, where more than 30 vendors offered post-run recovery food and other free items. 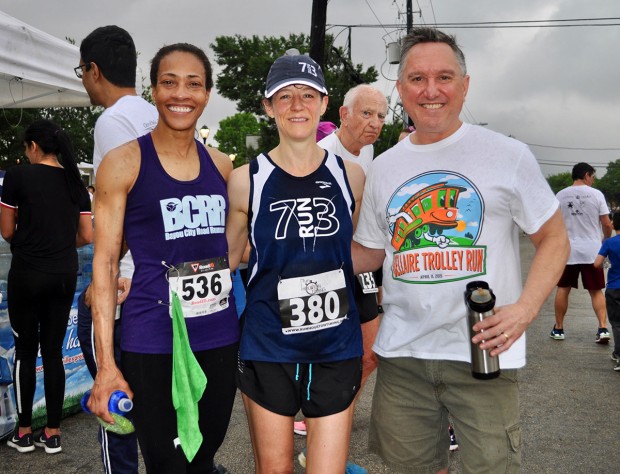 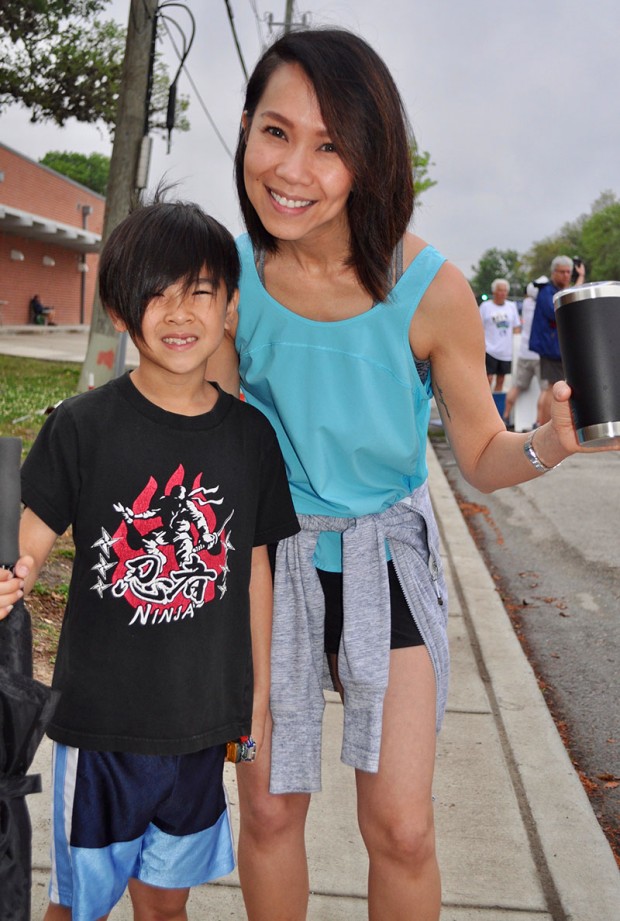 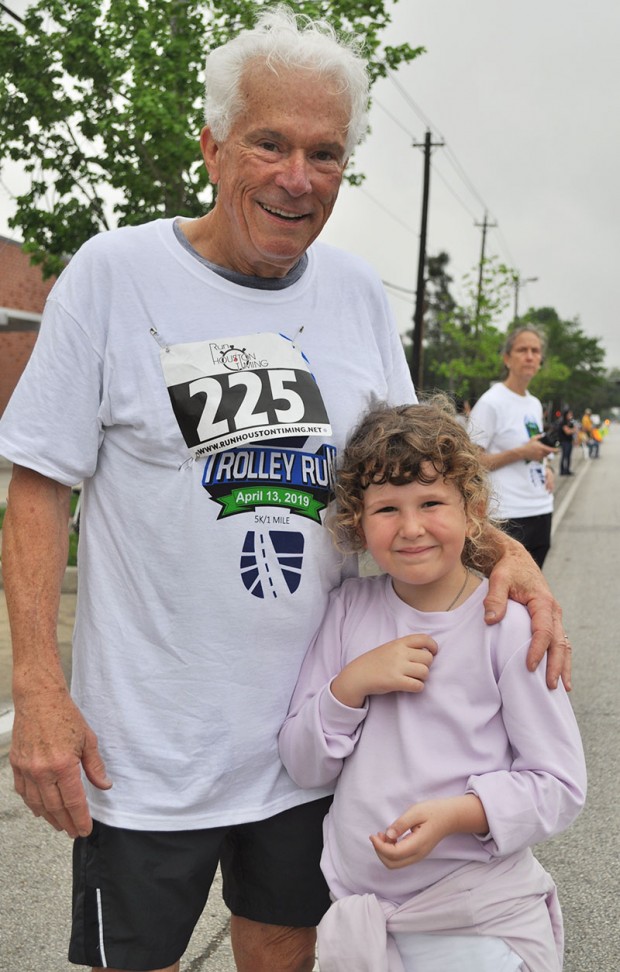 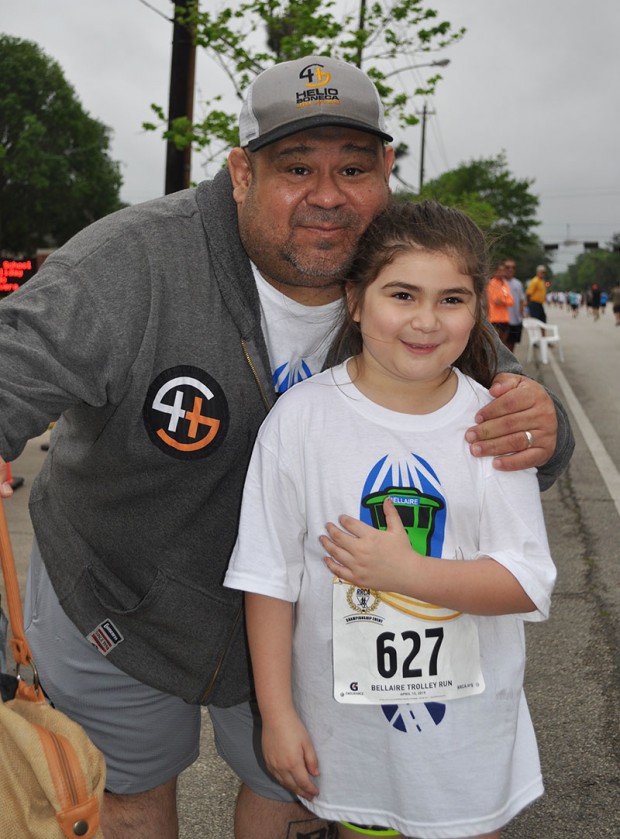 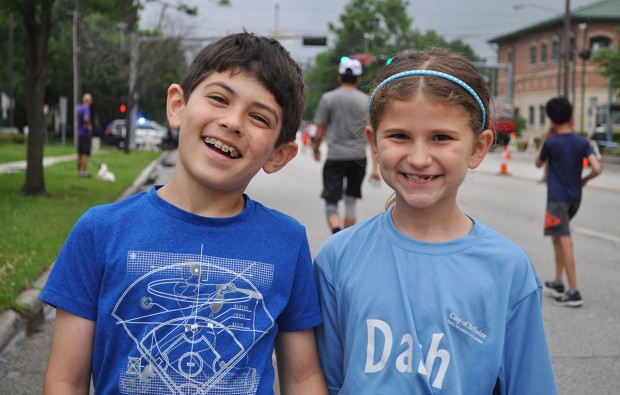 Christopher Sedaris and his sister Ella Sedaris cheer on their dad who was running the 5K. (Photo: Pooja Salhotra) 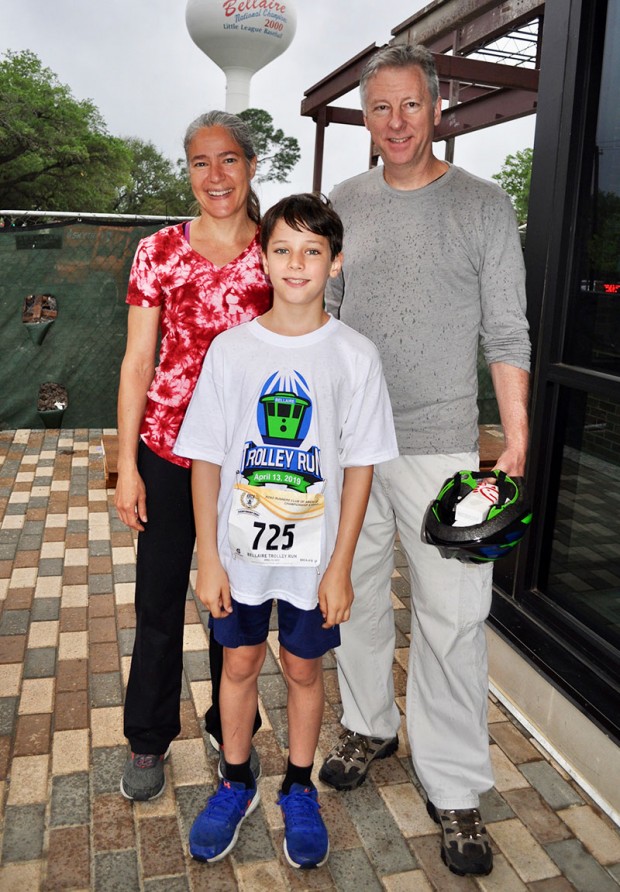 Vareen Cunningham and David Cunningham cheered on their son Eli Cunningham as he ran the 1-mile race. (Photo: Pooja Salhotra) 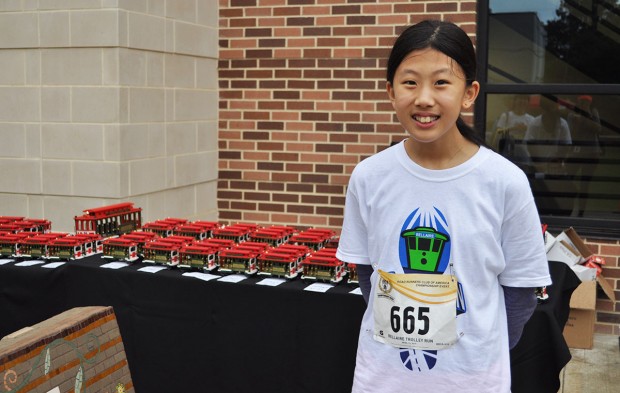 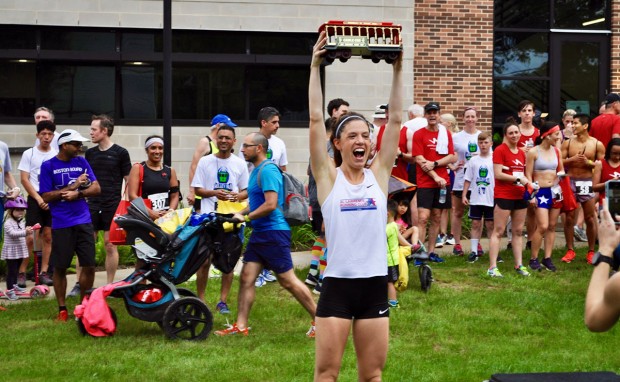