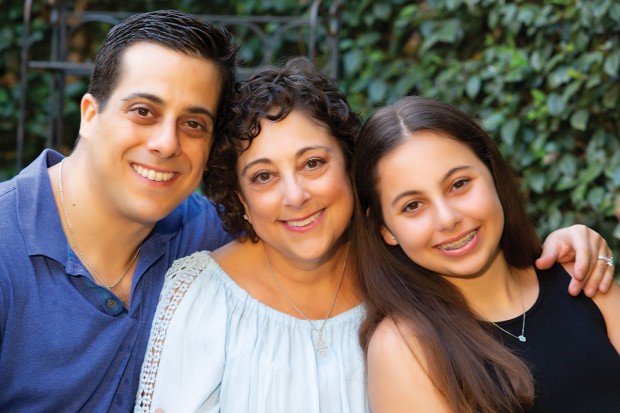 It’s typical for relatives to look alike. But sometimes the resemblance goes beyond a basic likeness. Sometimes, even despite age differences, you think you are seeing double.

Recently, some Buzz residents shared what it’s like to look almost identical to a family member.

Longtime Bellaire-area resident Sharon Grosman hears all the time about the striking resemblance between her and one of her four sons, Philip. Sure, she looks like her other three sons, too, but Philip is like her clone. Both are involved in the community and know a lot of the same people, but when they encounter someone only one knows, that person knows instantly that they’re related.

“I think it’s our dark skin, dark eyes and round face,” she says. But there’s more to it than just having similar features – they also share personality traits and outgoing mannerisms that, along with their appearance, make it look like someone just copied and pasted the two.

Their eyes are prominent features on their faces – round like apples and dark brown like coffee. “Our fingers and hands even look alike,” she said. Only difference? “I am shorter,” said Sharon.

Philip, who works for the family’s welding company, said, “I get asked all the time. ‘Are you Sharon Grosman's son?’ ‘Are you a Grosman?’”

Philip and his wife of 15 years, Dana, and their children, Sophie, Matthew and Ellie, are active members at Congregation Beth Yeshurun and The Bellaire Jewish Center. “Random people will come up to me and ask. I always get a kick out of it,” said Philip. “They always say I'm a spitting image of my mom.

The observation is a conversational icebreaker. “People act shocked by the resemblance. I sometimes cut them off mid-sentence and say, ‘Yes, I'm Sharon's son,’” he said, laughing.

The carbon copying is continuing with Philip’s daughter, Sophie, 12. Sophie bears a strong resemblance to them, with the deep dark eyes and olive skin. 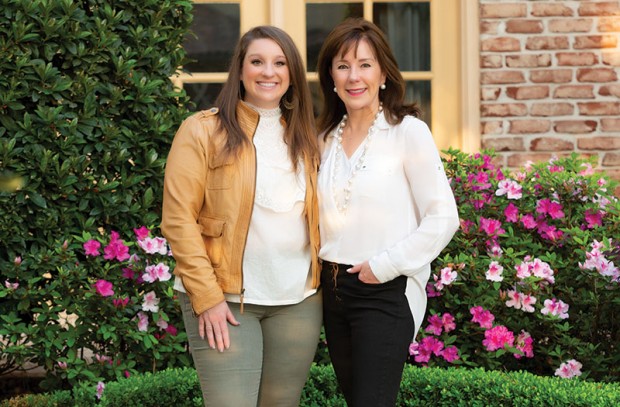 “Everyone just always knows when they meet me, that I am Alan and Elizabeth’s daughter,” said Laura, deputy controller for the Houston Professional Fire Fighters Association and charitable foundation. She works closely with her mom, who volunteers for the organization and chaired the gala last year.

“My mother and I share a lot of mannerisms and always make the same expressions.” She says it’s their blue eyes, light brown hair and the slight turn upwards of their lips when they smile. They even share a name (Laura’s middle name is Elizabeth). Both are outgoing and have magnetic bright smiles. 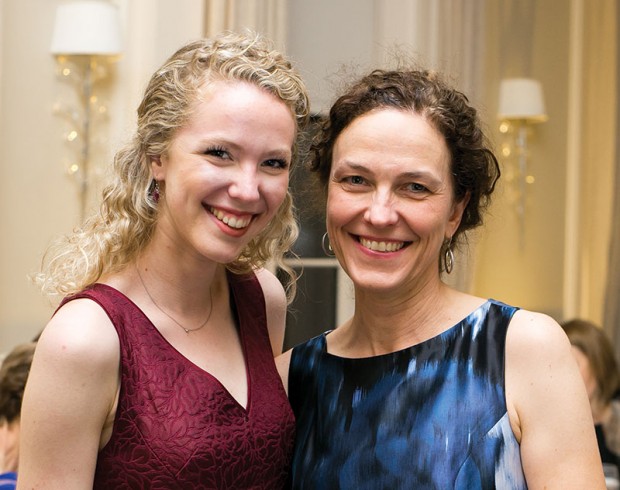 The de Groot family has a double mirror effect going on. Ellee and her husband John, who were high school sweethearts in Galveston, have a daughter and a son. Evelyn, 20, resembles Ellee, and son Jeff, 18, resembles John.

Ellee and Evelyn have the same textured, curly hair. Jeff and John’s faces are both oval-shaped, and both wear glasses, adding to the similarity. They have the same soft smiles.

“When people who knew us from high school see them, they say, ‘Okay, which is which?’” said Ellee, laughing. 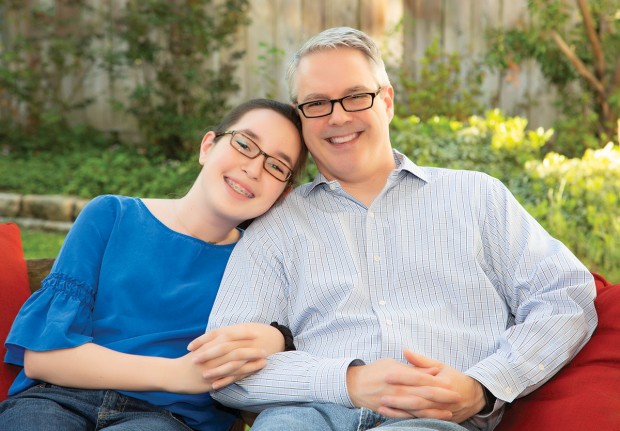 Alex Butler, a professor of finance at Rice University, bears a strong resemblance to his 13-year-old daughter, Grace. The “Butler look,” a big smile with dark eyes, was passed down from his late father, Mike Butler. “I can’t really put my finger on [why] we look so much alike,” said Alex. But do they ever.

Alex and Grace, who enjoy fly fishing together, have figured out how to look even more alike, just for kicks. Grace, who does not wear prescription glasses, likes to pick up a pair and put them on when standing next to her father, who wears glasses.

Alex says both their girls also strongly resemble their mom. “If Catherine and Grace have their hair back in a ponytail, walking from behind they look just like their mother,” he said. 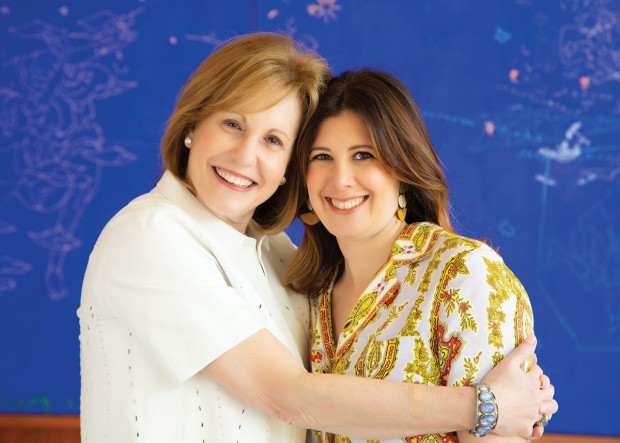 Stephanie Wise, who has three boys, has always been told that she looks just like her mother, Joyce Fadem, even though Stephanie is a lot shorter. The pair have the same noses, cheeks, smile and large medium-brown eyes.

“I feel like it’s always in elevators,” said Stephanie, laughing. “Most of my memories of it are waiting for elevators, riding in elevators. Maybe the other person is bored and doesn’t have anything else to think about.”

Editor’s note: Do you have lookalikes in your family? We invite you to share their photos at [email protected]. 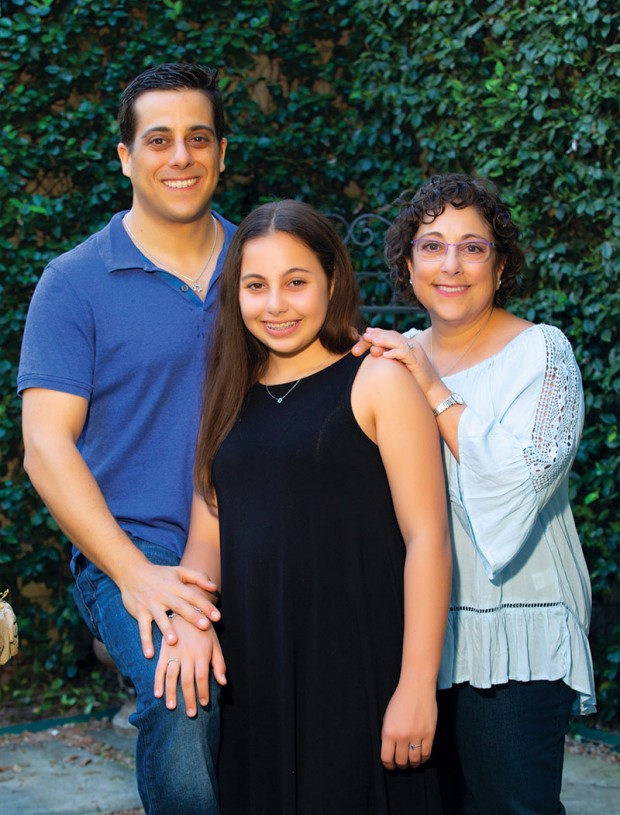 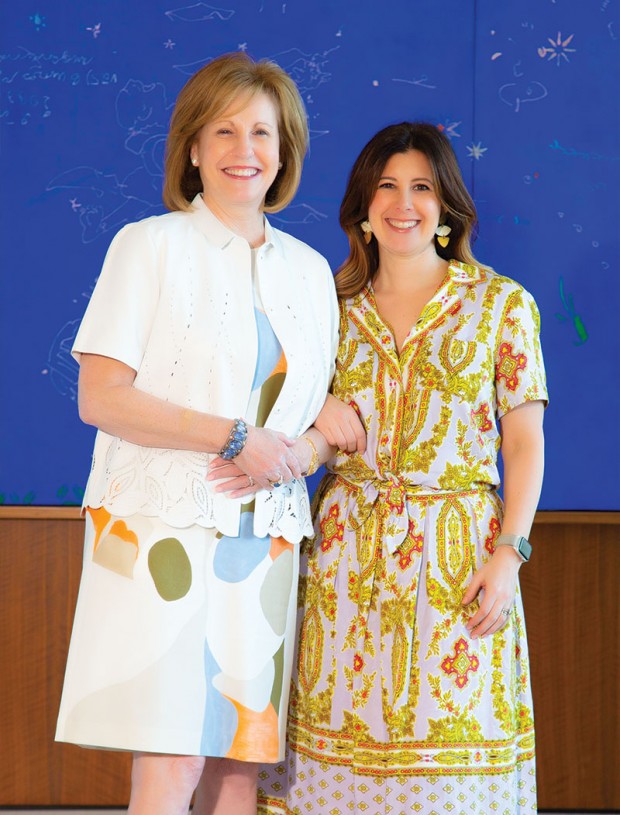 Mother-daughter duo Joyce Fadem and Stephanie Wise are always told by strangers how much they look alike (Photo: lawellphoto.com) 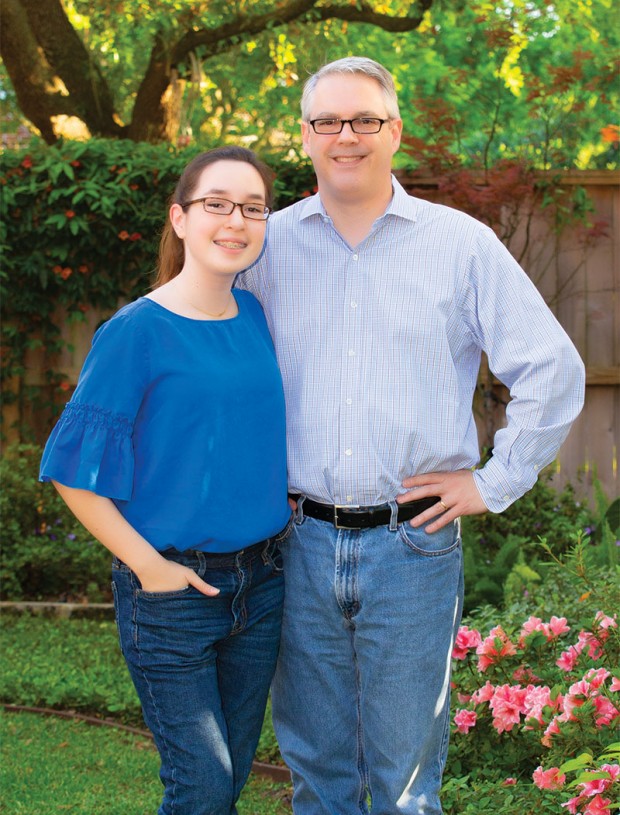 Father and daughter Alex and Grace Butler look a lot alike, especially if Grace puts on glasses like the kind her dad wears (Photo: lawellphoto.com) 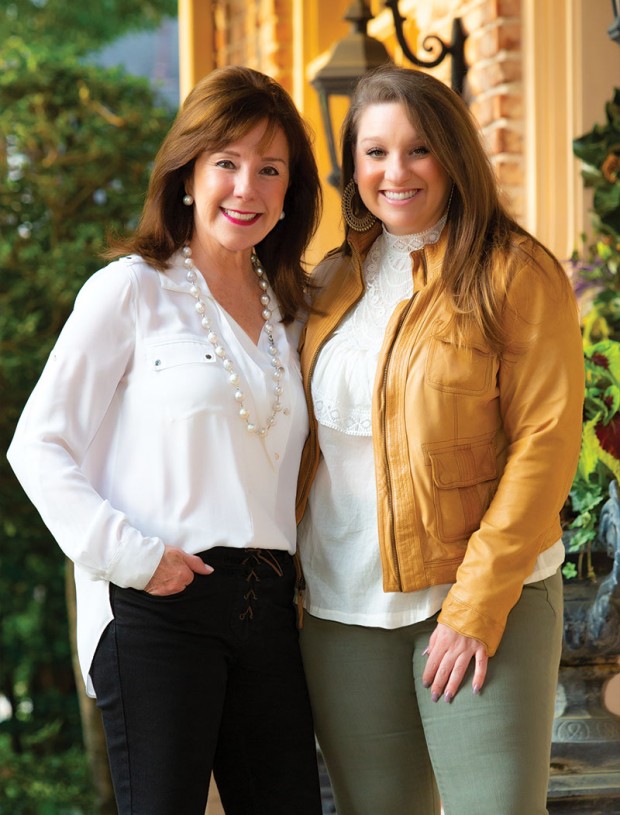 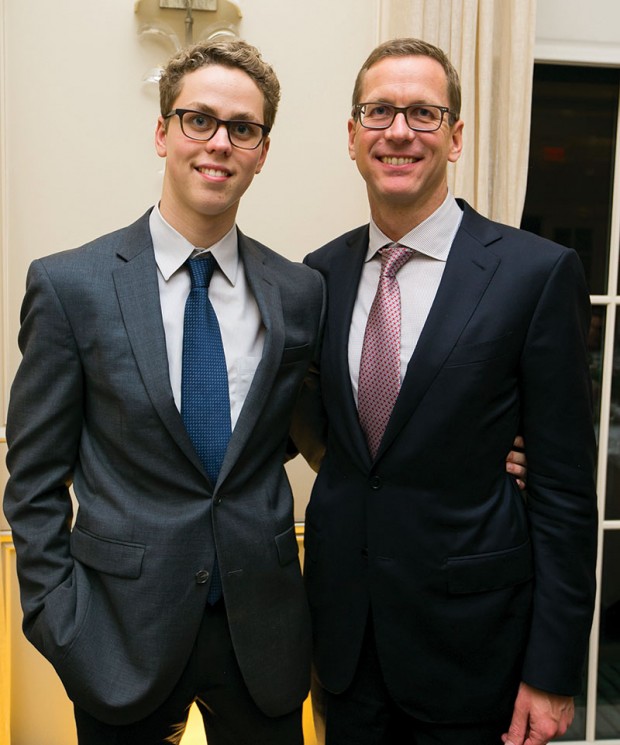