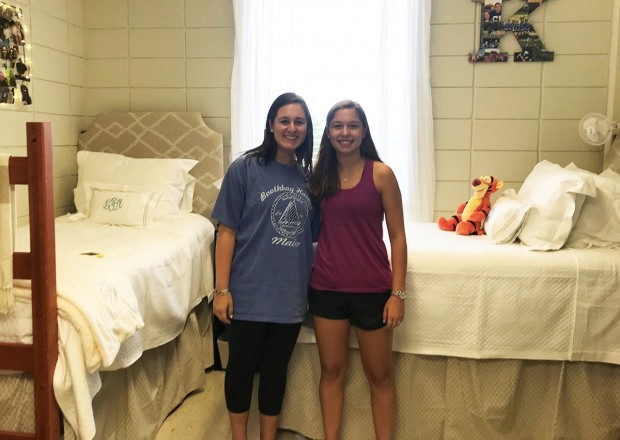 Everything was picture-perfect right after move-in day.

Here is something most parents don’t think about when they drop their children off at college: Nine months later, you’re going to be picking them up.

If you’ve never gone through a full year of having a child away at school, you will probably not think it necessary to consider the end when you’re just beginning. And if you are one of those parents who feels unfailingly confident they have prepped their child to be fully capable and independent without your prompt, I am in awe, and you can stop reading here.

But if you are a parent like me, who might have made one too many dermatologist appointments or dry cleaning runs or daily lists of what your child needs to get done in an afternoon, all after said child is indisputably old enough to do any of these things and much more on their own, this is for you. I know you’re nervous. It’s almost impossible to imagine your baby living hundreds of miles away – with strangers, in a strange room, without you there to make sure they’re truly washing their sheets at least once a semester. This is not summer camp: There is nobody there reminding them it’s laundry day, and it’s not going to be okay when you realize they’ve forgotten to brush their teeth since drop-off. 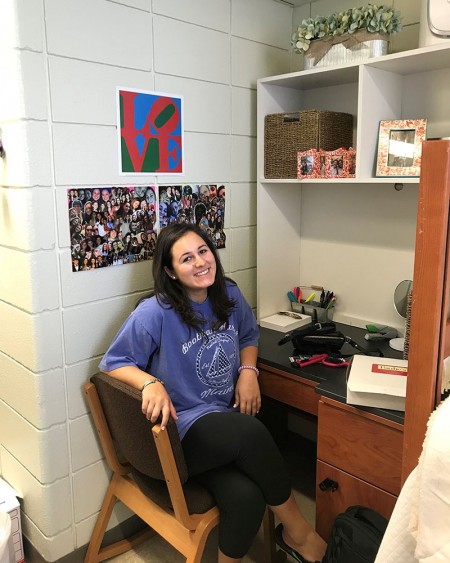 The author's daughter at her never-used desk, right after August move-in.

So we parents of college freshman get caught up in making sure our children’s dorm rooms are fully stocked of all the things we think will set the stage for their success away from us. It’s that same feeling the moms had when we were about eight and a half months pregnant and had the uncontrollable urge to make our homes spotless and organized and as beautifully decorated as we could manage, all while waddling around with a baby inside of us, all before that baby showed up to live in our world. That feeling that we needed every brand of diaper (who knew which one was going to work the best?), all the bottles, all the fuzzy animals ready and waiting for our return home from the hospital. Did our pregnant brains forget that the store would still be around the corner and open, even after we had babies?

There are stores, too, in college towns. And our 18-year-old progeny is surely resourceful enough to get to them. But in the midst of putting together first aid boxes, folding towels, choosing bedding and maybe buying dorm room headboards and rush clothes, our heads get lost, and we can’t see farther than the Bed Bath & Beyond checklist of anything and everything our child might need. If we forget to pack an extra lightbulb for the bedside lamp, will our children know what to buy and where to go…and how to change the bulb?

Nine months later, when they’re ready to come home and we rally to do this thing again, just backwards, we realize they changed the bulb. Without us. Or, maybe they didn’t, and the lightless lamp didn’t bother them one bit. We also realize that we, too, have moved on. We have forgotten about everything from the Bed Bath & Beyond checklist that we so furiously – and lovingly – bought and stashed in our children’s rooms. And we only fully realize these things when we go to pick them up. 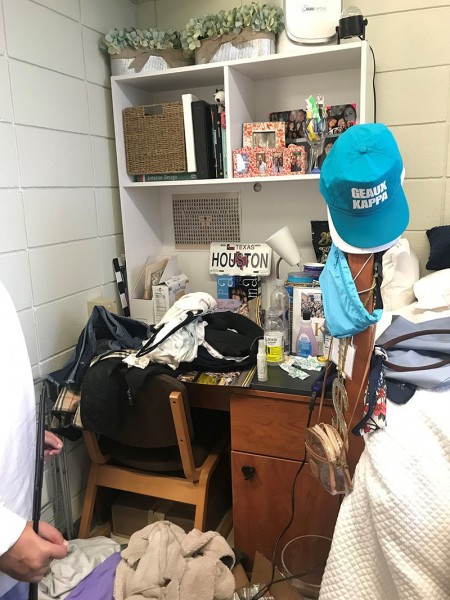 What the author walked into when going to pack up her daughter's room. It's the same desk from the move-in photo, you just can't see it.

Nobody could have prepared me for what I walked into the Friday evening I went to pick my daughter up at school. It was around 6 p.m., and I knew she was going out for a last night with her friends. We had to check out of the dorm at noon the next day, so I decided to do a little packing while she and her friends were out. But when I walked into the room, the one we had put together so perfectly, I saw: Half-drunk water bottles, various dispensers of Carmex, piles of clothes that should have been hung up, pictures and trinkets still on shelves and…my favorite, a karaoke microphone buried in the unmade bed. Right next to the Mardi Gras beads, also in the bed. The other half of this tiny room was actually fairly well organized and boxed up, this being because my daughter’s roommate’s father told her if she wasn’t packed by the time he arrived Saturday morning he wasn’t paying for next year’s football tickets. Next time I’ll know.

After my initial reaction, “Seriously???” and after the girls left (because I did want them to have their last night together), I took a deep breath and started packing up pictures and clothes. My daughter and I did the bulk of the work together the next morning, but not without me taking note of all the unused periphery. I saw it for what it was: an attempt to set my child up in the only way I could to find her sweet spot of good grades and good friends and healthy independence. All the stuff was the only control I still had. 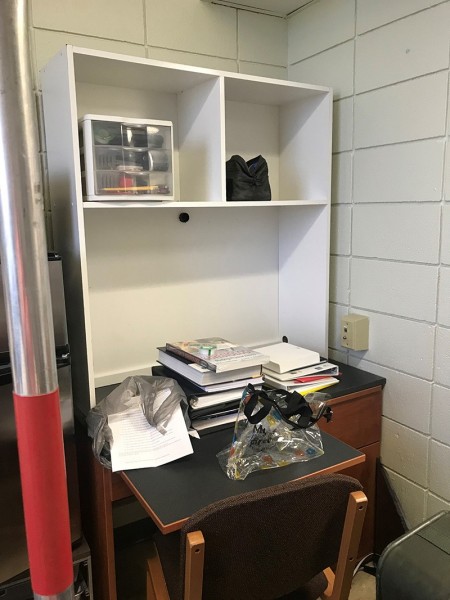 Here is the author's daughter's roommate's side of the room, semi-packed to go home.

In the end, we gave a lot of that stuff to the custodial staff (they’re enjoying a brand-new microwave and some lovely faux hydrangeas, among other things), and a lot of it we added it to the giant pile of donations in the dorm’s lobby. And still, we had two cars, packed to the brink, coming home, ready to explode into the house. Along with my daughter, who I got back for the summer.

I like to think I’ve loosened up since last August. That when we do this again we’ll be way more streamlined, and way more cognizant of the fact that Target is two blocks from the dorm, and my daughter can drive there, without a list from me. I guess we are all – children and parents – learning to be independent.

Editor's Note: For more on this topic, read Letting Go: From Cheerios to College by Andria Frankfort.