From Novel to Netflix 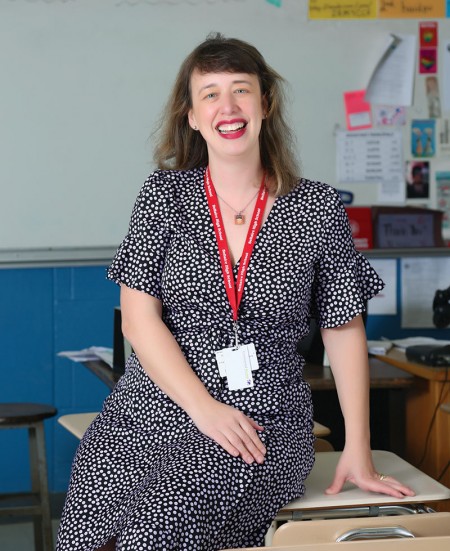 Jennifer Mathieu was on break in the Bellaire High School teacher’s lounge when her agent called with the news. It was 2016, the year before she published her fourth novel, Moxie. Producer, writer and actor Amy Poehler – from Saturday Night Live and Parks and Recreation – wanted to option Moxie, her agent said, and she wasn’t the only one.

Mathieu, a Westbury resident whose fifth young adult book, published by Macmillan, comes out this fall, sat there, stunned by the prospect of Moxie becoming a film. “It didn't seem real,” she said. “I wrote down, ‘Amy Poehler’ on a piece of paper like I would forget or something. I called my husband immediately afterward. I was in a state of shock.”

Her book tells the tale of 16-year-old Vivian Carter, who’s frustrated with how girls are being treated at her Texas high school and starts a feminist zine to spur change. The novel was inspired by a Seventeen magazine article about the Riot Grrrl movement and Mathieu’s love for punk rock music.

Mathieu dialed into a call with her agents, Poehler, and executives from Poehler’s film company, Paper Kite Productions, to talk details. “I was so nervous I was breaking out in hives.” Poehler had read the book  and suggested scenes for the film version. “She was very down to earth and friendly,” Mathieu said. “The stories she’s involved with treat women like complicated characters. I knew I would be in good hands.” So, Mathieu signed on with Paper Kite.

Then, she waited. She met with the screenwriter in Los Angeles. Paper Kite Productions sent Christmas gifts – a baking whisk with a note, “Let’s whip up a great year.” After 18 months, it renewed its option. Mathieu was hopeful, but she knew many optioned books never actually end up as films.

One day this February, when Mathieu checked email, she saw a note from a Paper Kite executive. “It was very casual,” said Mathieu. “It said, we just sold the film to Netflix. The announcement will be out tomorrow. Let us know if you have any questions. And I freaked out.”

Filming on Moxie starts this fall, with a release date to be determined. It will join a host of teen-centric movies Netflix recently has produced from books. Poehler told Mathieu she was especially taken with the relationship between Vivian and her mother, a single mom and widow, Mathieu said. Both are strong women navigating changes in their lives. “She said it will be a great movie for a mom and daughter to see together.”

A lifelong writer and reader, Mathieu, 42, frequently had her nose buried in a book growing up, often one by Judy Blume or Cynthia Voigt. She moved to Houston in 2000 for a job as a reporter for the alternative-newspaper Houston Press. Previously, she worked in Chicago at a nonprofit. 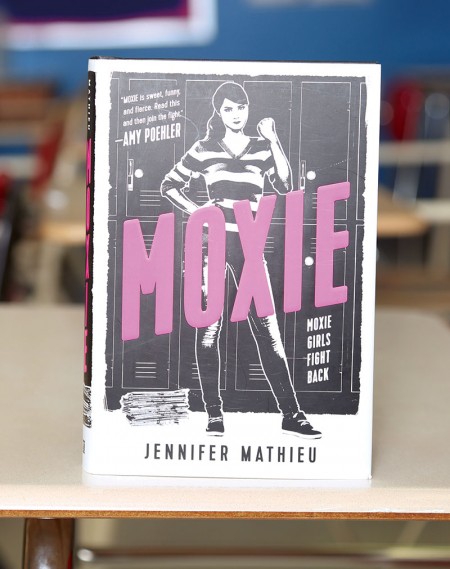 Her book, Moxie, is heading to the screen with Amy Poehler's Paper Kite Productions. Filming starts this fall. (Photo: lawellphoto.com)

“While I liked journalism, I didn’t have the taste for blood,” she said. Her mother-in-law, a teacher for 32 years, suggested she pursue education. Mathieu got certified and began teaching English at Johnston Middle School (now Meyerland Performing & Visual Arts Middle School). She loved it. In 2016, she started at Bellaire High School, where she teaches sophomore English and goes by the name Jennifer Blessington. Being around teenagers inspires her, she says. “They have huge hearts, and they’re beginning to see the hypocrisy of the adult world.”

At a teachers’ conference in Chicago, Mathieu came across free advanced-reader copies of YA novels. “I was like a kid in a candy store,” she said. She shipped a whole box home and spent the summer reading. “Then I started thinking, maybe I could do this.”

The next year, at night and on weekends she wrote. She completed two manuscripts that “will never see the light of day,” but were good enough to land an agent. From there, she honed her craft, getting input from fellow writers and teachers. Then, in 2012, five years after she started writing, she sold her first book, The Truth About Alice. It was also inspired by a Seventeen magazine article, about a high school girl who was the victim of vicious rumors.

Mathieu, who grew up in the Washington D.C. area, attended a conservative, religious high school. She weaves experiences from her own adolescence into her works. In her dedication to Moxie, she mentions her 12th-grade Current Topics teacher who called her a “feminazi” in class. “You insulted me,” she writes, “but you also sparked my interest in feminism, so really, the joke is on you.”

She’s currently working on her sixth novel. Her fifth and latest, The Liars of Mariposa Island, comes out Sept. 17. Set in the 1980s, it follows teen siblings Joaquin and Elena and their controlling mother, a refugee who fled the Cuban revolution as a teenager. The idea for the book stemmed from an episode of the radio show “This American Life.” But, it also draws from Mathieu’s family history. Her mother escaped the Cuban revolution at age 11.

“This is my most ambitious project yet,” Mathieu said. “The plots are more complicated, my writing is stronger, there’s a big twist. I pushed myself. I feel like I’ve really grown as a writer. But still, I’m dumbfounded that people I don’t know read my books.”