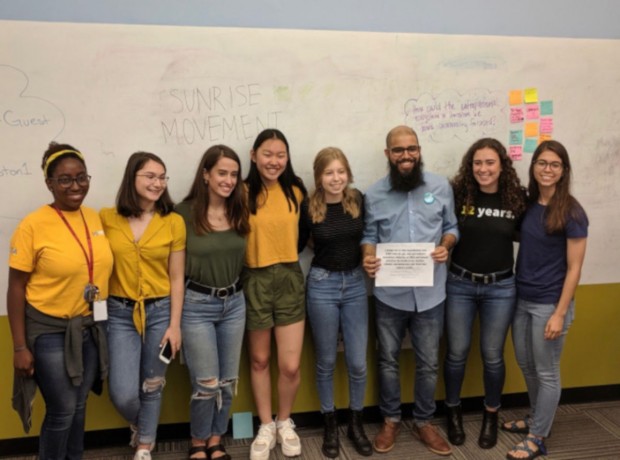 Last Saturday, students from all across Houston organized a town hall to discuss the climate crisis in Houston and the steps the city could take to combat it. The event was organized in conjunction with efforts from the Sunrise Movement, which coordinates national initiatives to support the Green New Deal and make climate change a primary issue in America and multiple student organizers, including Bellaire student Ioana Nechiti.

The event attracted over 70 attendees, ranging from ages 14-72 years old. Madeline Canefield, a fellow event coordinator and 17-year-old activist from The Emery/Weiner School, was not surprised of the broad age spectrum of young individuals who attended the event. 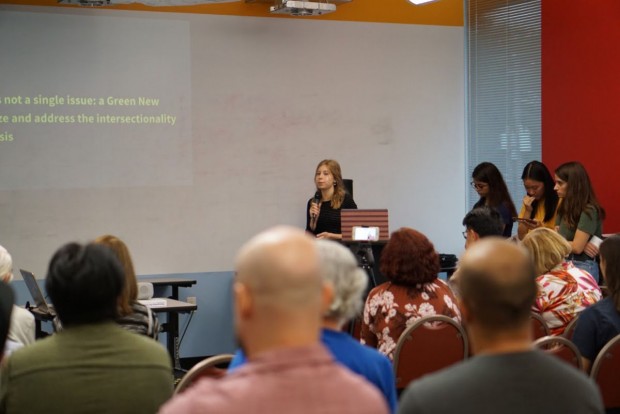 The town hall also featured a vast array of speakers. Sema Hernandez, candidate for U.S. Senate from Texas, discussed the deeply emotional connection she had to the ITC fire and called for change with the future generation in mind. Ismael García, a speaker from the Living Hope Wheelchair Association, told his personal narrative that focused on the challenges people with disabilities during natural disasters. The powerful stories were reminders of the incredible diversity of Houston and the importance of listening to these calls for action. 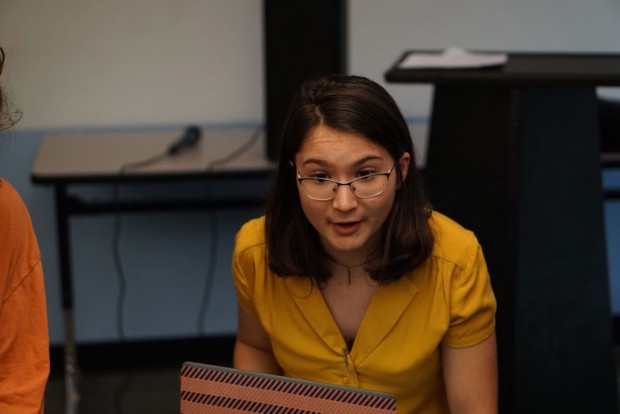 Ioana Nechiti speaks during a group discussion session, where she and others talked about issues relating to the Green New Deal. (Photo: Jason Yao)

Event coordinator, Ioana Nechiti, a 16-year-old student activist from Bellaire High School talked about the importance of the event.

“Political polarization is a huge problem when trying to passing green policy because it lowers the quality of conversation on these issues. The reason we hosted this town hall is to start a constructive discussion on the issues facing Houston and combat the massive misinformation campaigns perpetuated by both political parties.”

Nechiti also called for a united front when approaching this issue. 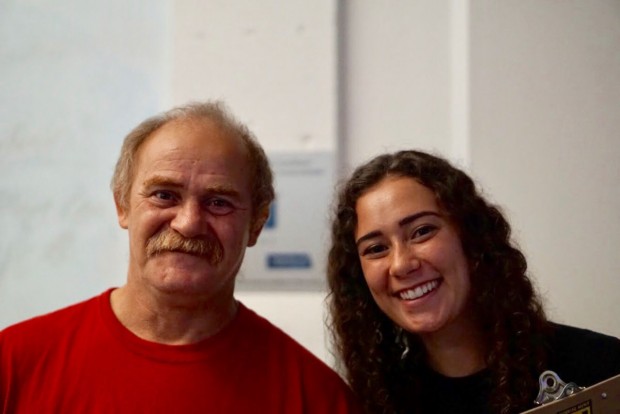 Event organizers (from left) Ismael Garcia and Sarah Greenberg share a photo together after the town hall. (Photo: Jason Yao)

“Honestly, climate policy shouldn’t even be a red or blue issue. I challenge all of us to think outside of your box of political opinion and look across the aisle to create inclusive and comprehensive solutions for Houston.”

Anna Alves, another 17 year old student activist from Clear Creek High Sshool, discusses how this issue is important to not just her, but future generations to come.