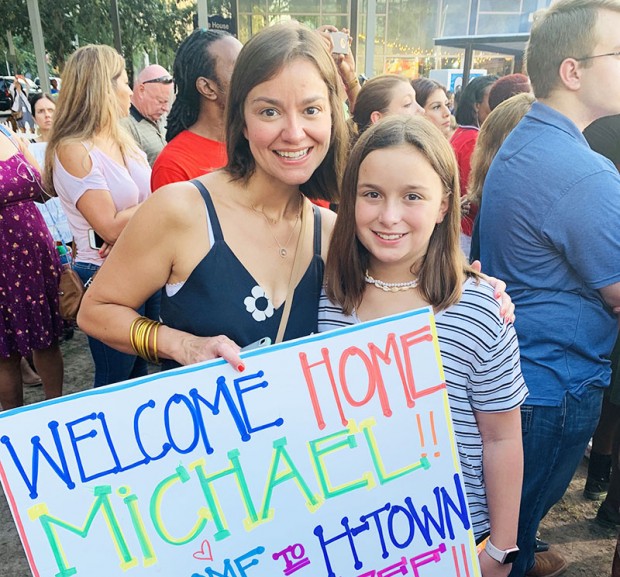 Annie Polasek (left) and daughter Sophie Polasek watch GMA every morning and were thrilled to be a part of the audience. Sophie even snapped a selfie with Ginger Zee. (Photo: Pooja Salhotra)

Fans of the television program “Good Morning America” were up as early as 3:00 a.m. on Wednesday morning to catch a glimpse of the live taping of the news show at Downtown’s Discovery Green.

The GMA Summer Tour stopped in Houston with cohosts Michael Strahan — a native Houstonian and graduate of Westbury High School and Texas Southern University — weather anchor Ginger Zee and entertainment anchor Lara Spencer. It wasn’t even daylight yet when fans gathered on the west side of the park, holding hand-made signs and cheering loudly as soon as the cohosts arrived in a branded tour bus.

Fans included the cheerleading squad from TSU along with members of several non-profit organizations, such as The Boys and Girls Club of Greater Houston and BakerRipley. Individuals also had an opportunity to obtain tickets by registering online. The day before the show, Discovery Green representatives said more than 5,000 people were on a waitlist.

“We saw the advertisement online and didn’t think we would get tickets but just got an email yesterday that we got it,” said Charlaine Miles, who was excited to attend the broadcast with her husband Victor and daughter Arielle.

BakerRipley, an organization bringing important resources to emerging Houston neighborhoods, was contacted by ABC and asked to attend the filming. The organization brought about 35 youth from their summer camps to the taping. “Parents were dropping off at the [BakerRipley] centers as early as 3:30 or 4:00 in the morning, and we traveled over here in vans,” said Sean Brennan, youth program manager for BakerRipley. “It was a commitment from the parents to actually wake up and get their kids there.”

The Houston segment included Texas staples such as a barbeque cook-off, an appearance by a 1600-pound steer named Oliver, and recognition of “hometown hero” Matthew Reel — a twelve-year old who is creating a movement empowering students to help feed the homeless. Houston Mayor Sylvester Turner joined the program and even declared July 10, 2019 as “Matthew Reel Day” in honor of the student’s service to the city. 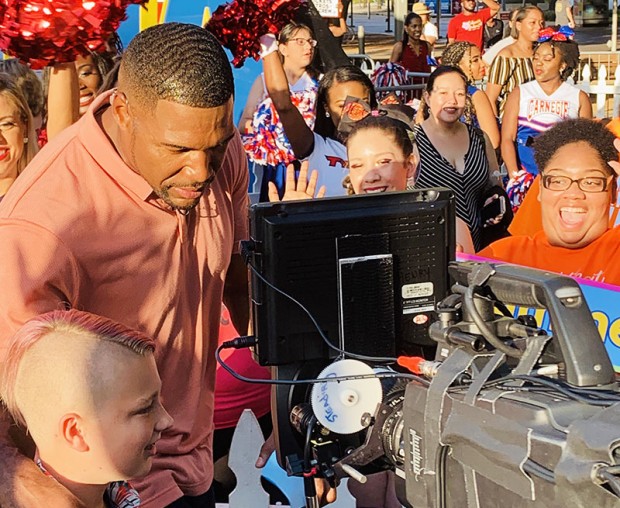 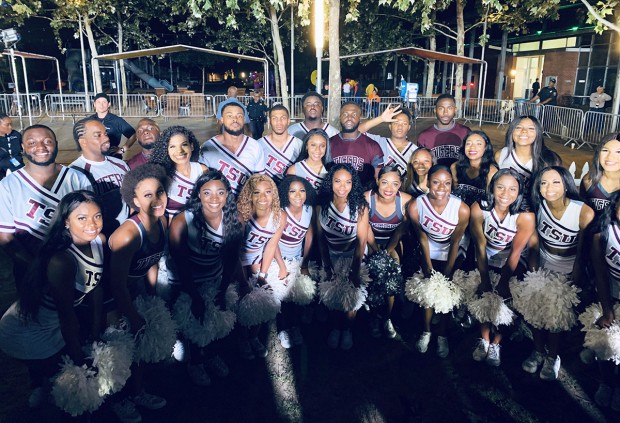 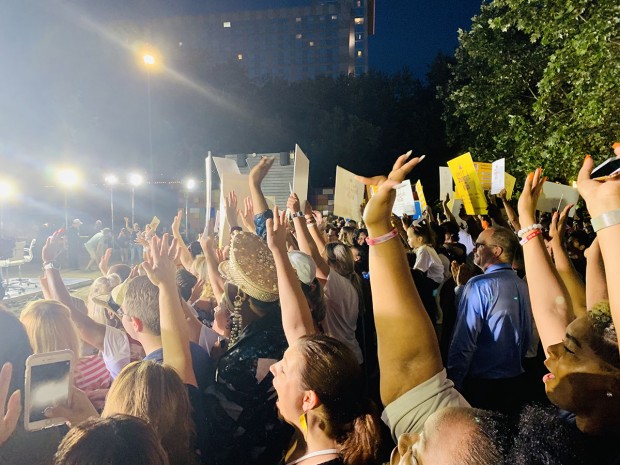 Hundreds of fans gathered in Discovery Green to be a part of the audience on “Good Morning America.” (Photo: Pooja Salhotra) 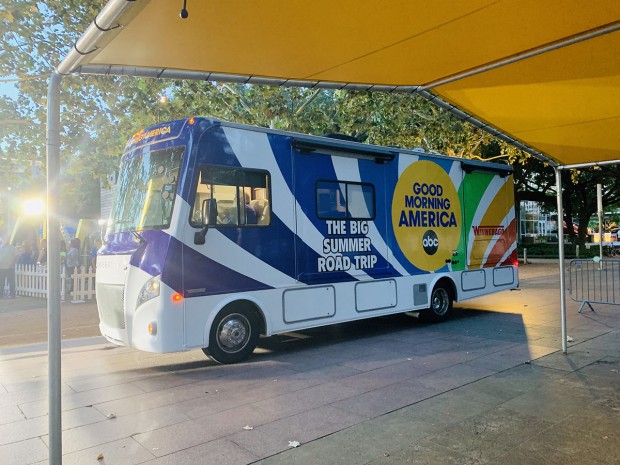 GMA hosts Michael Strahan, Ginger Zee and Lara Spencer arrived on this bus around 5:45 AM on Wednesday. (Photo: Pooja Salhotra) 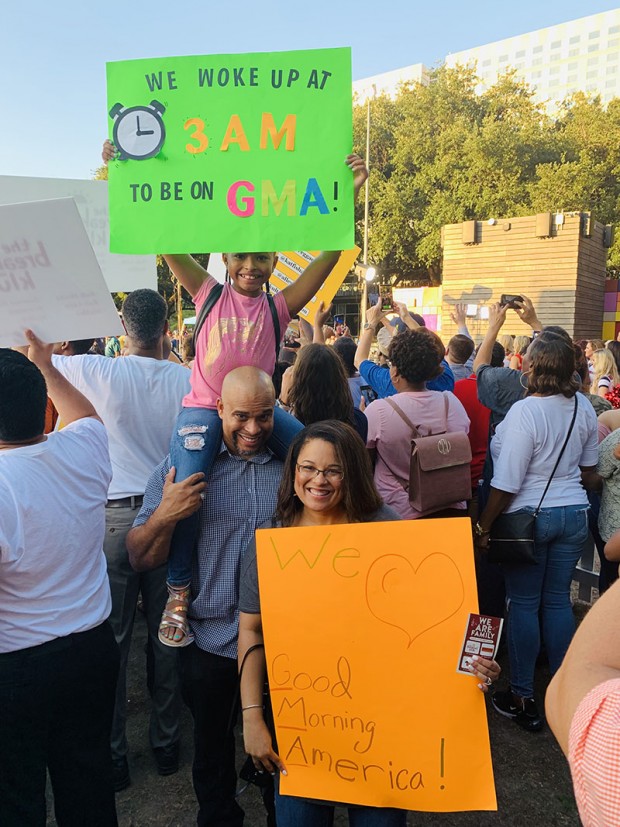