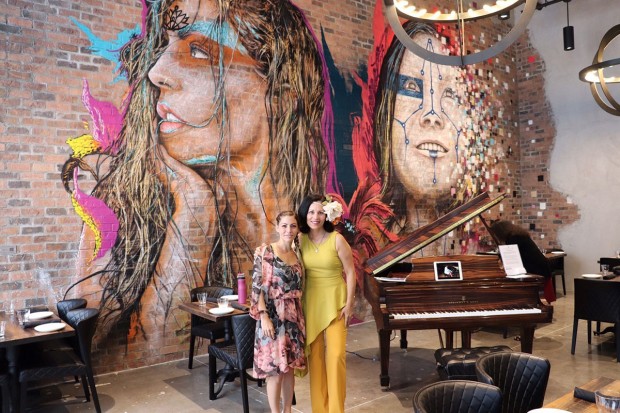 Natalia Victoria and Marie Cortes are among those featured on the walls of Warehouse 72 through murals painted by Sebastien Boileau. (Photo: Frances Boatwright)

Wall-sized murals in bright colors and fine dining may not seem to go together on first glance, but Warehouse 72 is melding the two through its soon-to-open bistro and bar in Houston’s Marq-E Entertainment District.

Warehouse 72 is a new modern restaurant created by the same team who started the beloved Spaghetti Warehouse, a downtown staple that was devastatingly ravaged by Hurricane Harvey. Spaghetti Warehouse founder Doug Pak originally sought to rebuild the iconic restaurant in the Marq-E Entertainment Center, located at the intersection of Loop 610 and the Katy Freeway. But when the public denounced his team’s designs as “cafeteria-like,” Doug's team went back to the drawing board.

“[In August 2018], we posted some new designs on social media,” Doug explained at a Warehouse 72 pre-opening event on Tuesday, July 23. “We heard some loud cheers, but we also heard some loud disappointments and concerns. Some people told us flat out, ‘this design looks like a cafeteria. Spaghetti Warehouse was an iconic brand.’ I struggled with that. We decided to think deeper and engage in more soul searching.”

A couple months of soul searching culminated in the decision to change the concept for the restaurant. The new goal, Doug said, was to create an elevated experience in a more polished space. 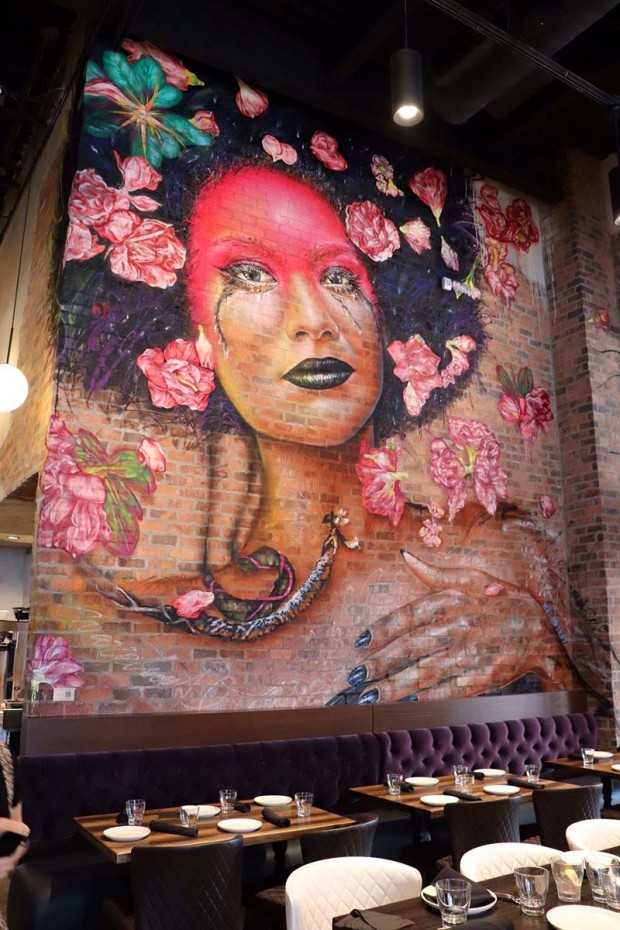 Art, in the form of large murals on the interior brick walls of the space, plays a critical part of Warehouse 72’s design. (Photo: Frances Boatwright)

The team decided to maintain the warehouse look and feel of the building, but to bring more energy and vibrancy to the space, they commissioned local artist Sebastien “Mr. D. 1987” Boileau to create large murals on the red brick walls.

“I personally love street art because it brings about a positive energy to abandoned buildings with its vibrant colors,” said Jay Lee, executive president and CIO of the restaurant and the person who came up with the idea to integrate street art into the restaurant. “It also touches people’s hearts and soul with its emotional themes and visuals.”

Sebastien worked with local photographer Aisha Khan to develop the concept for the murals. Aisha’s goal was to integrate themes of rebirth and harmony to the murals, which she hoped would also bring alive the personalities of the models who were painted.

The result is five large-scale murals showing five different women who represent the diversity of the city of Houston, Sebastien said. In addition to Aisha, who is of Venezuelan and South Asian descent, the models include Krista Davenport, Natalia Victoria, Marie Cortes and Grace Rodriguez. Each of the portraits on the walls of the restaurants have a barcode that customers can scan on their phones to learn more about the stories behind the paintings. 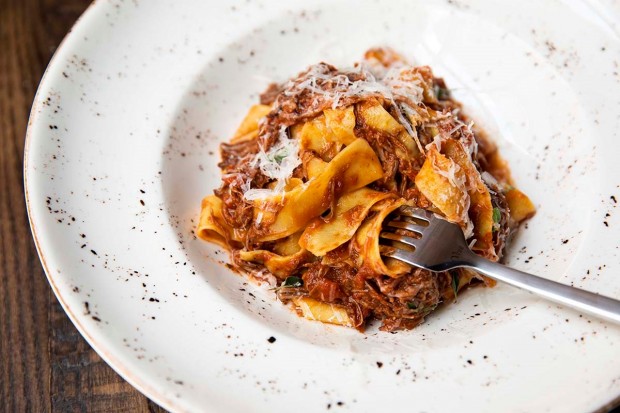 In addition to elevating the space, Pak and team sought to change the dining experience as well. Chef Jamie Salazar, who most recently served as the executive chef at the River Oaks French spot Brasserie 19, was recruited to the team. The menu now includes a Mediterranean twist through seafood offerings such as PEI mussels and Mediterranean grilled octopus. But, as a homage to the original outpost, the menu still includes Italian staples like handcrafted pizzas and spaghetti and meatballs.

“Marq-E Entertainment Center is not known for upscale dining, so it was a very tough decision -- should we do it, should we not?” Doug said of the decision to develop a new concept. “But the landlord here has a long-term plan to really move this property to a more premium entertainment center, so I think we are going to be a destination. And it’s going to help the whole center to be elevated.” 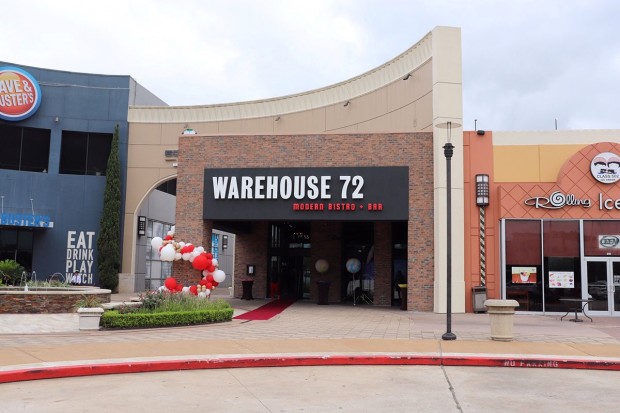 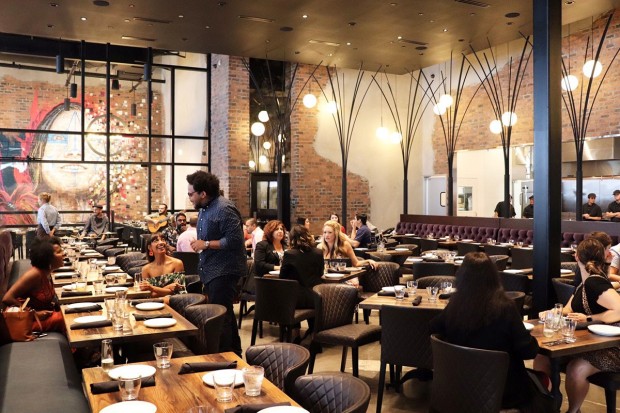