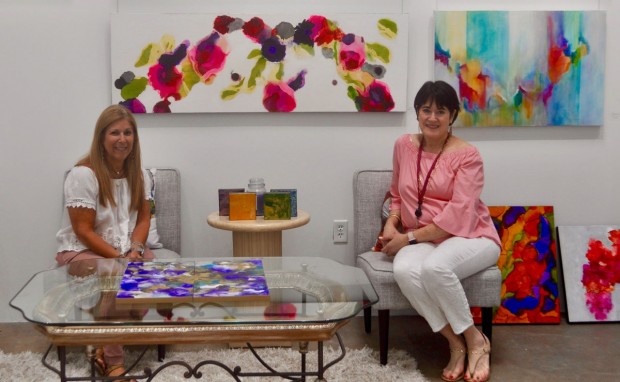 Artists and friends (from left) Carol Simon and Barbara Rubenstein are the featured artists at Urban Eats from July through September 2019. (Photo: Pooja Salhotra)

When restaurant and market Urban Eats opened its doors on Washington Ave. five years ago, its owner, Levi Rollins, explored Houston’s local art communities, inviting budding artists to showcase their pieces within his eatery. Now, artists are coming to Levi, putting their names on a two-year waiting list to feature their paintings on Urban Eats’ walls.

Two of those artists are Buzz residents Carol Simon and Barbara Rubenstein, abstract expressionist painters who became close friends after renting studio spaces across from each other within Sawyer Yards, a creative community within Houston’s First Ward. After waiting a full year to become featured artists for the restaurant’s Urban Arts program, Carol and Barbara hung their artwork at Urban Eats on July 1 and will continue to showcase there through September. 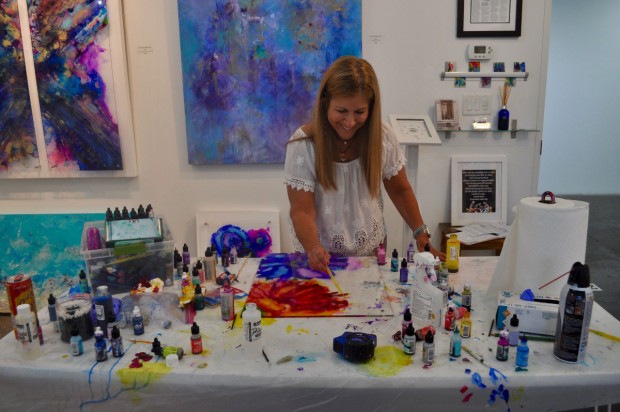 “This is a great opportunity to get your work out there,” Carol said. “Different people have different philosophies about art. Me, I think you need to have your work hanging in different places.”

Located in The Heights, Urban Eats is a market, bistro and bar all-in-one. The first floor features a gourmet market offering prepared foods to carry home or dine in, while the upstairs offers indulgent eats like truffled mac and cheese and eleven different slider options.

Urban Eats’ model of rotating artists stems from Levi’s own passion for visual art. Levi grew up in a community of artists in California and was raised by a father who was a talented artist. During his long, 100-hour weeks at Urban Eats, he enjoys being surrounded by beautiful art that his customers can appreciate as well.

“When we were working on our concept for Urban Eats, the goal was on three pillars: great food, great staff and great environment,” Levi said. “For us, the environment piece was tied to bringing in art.”

Urban Eats does not take any portion of the profits artists make while selling their pieces in Urban Eats. Their only ask is that the artists replace any pieces that are sold so that the walls are never bare. For Carol and Barbara, this requirement has translated to extra hours spent working in their studios.

“I’m going crazy trying to get enough pieces to hang and then to backfill,” Barbara said about two weeks before she hung her pieces at Urban Eats.

Luckily, for both Carol and Barbara, painting is a passion, not a chore. Both women have retired from corporate careers — Barbara spent 28 years working in the financial sector and Carol worked in marketing and advertising — and decided to turn their focus to more creative pursuits. 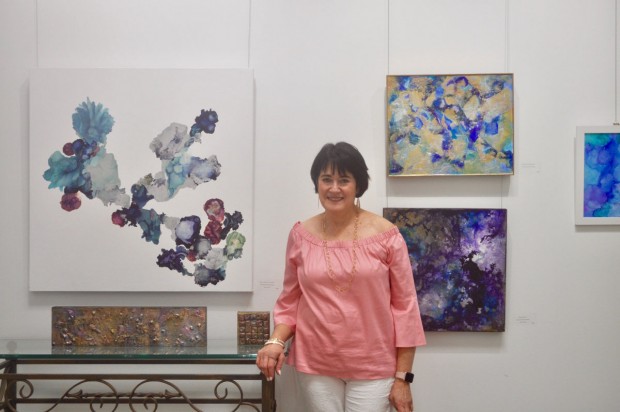 “I was using my left brain forever,” Barbara said. “I always wanted to get into the art world, but I just never really had time.”

Barbara and Carol both tried other forms of art before discovering their love and knack for painting. Barbara first tried drawing and jewelry-making. But she found that drawing didn’t come naturally to her and jewelry required too much precision.  Carol, meanwhile, became a professional photographer for several years before she took her first painting class.

Ultimately, both found their way to paintbrushes and haven’t turned back since. Carol calls her studio her “happy place,” and it’s easy to see why. Carol’s work focuses on using bright colors and brushstrokes that evoke positivity.

“It’s all about the color and composition and how it moves you,” Carol said.

Editor’s Note: The public is invited to a reception for Carol and Barbara at Urban Eats on Saturday, Aug. 24, 3-5 p.m. Urban Eats will be serving complimentary eats and drinks, and guests will have an opportunity to mingle with Carol and Barbara. You can also find Barbara and Carol in their studios at Sawyer Yards (Suite 205 and Suite 207). 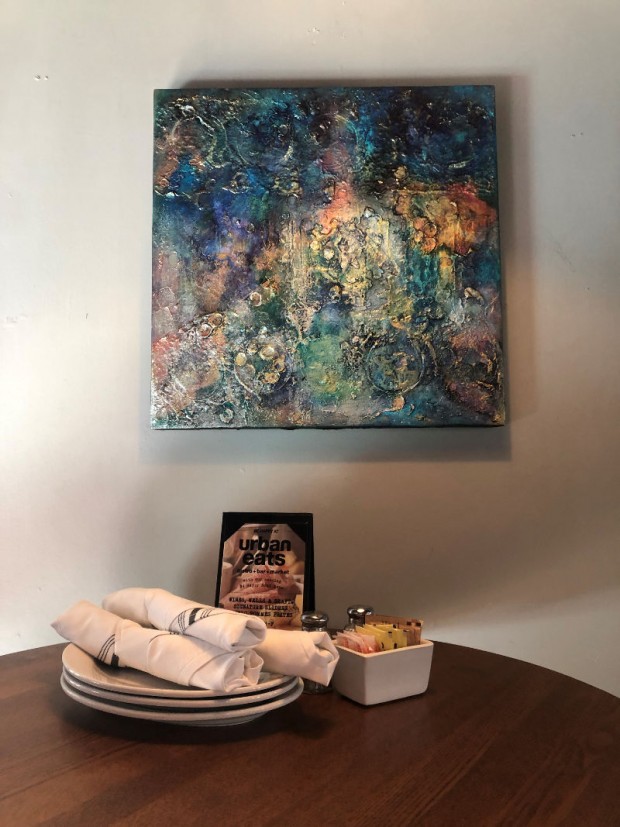