Book to Screen Adaptations: When Are They Successful? 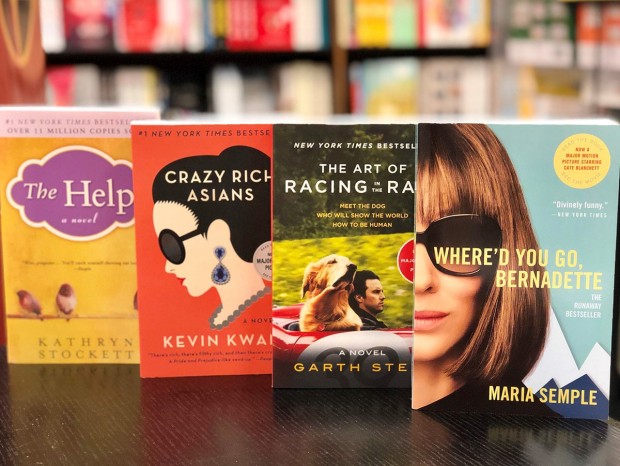 BOOKS TO MOVIES Transitioning a popular book to a movie can be a tough proposition.

When it comes to adaptations of books to the big – or small - screen, a common book lover’s maxim is “the book is always better.” As a result, I frequently view these films with a mixture of excitement and trepidation, especially if I loved the original book.

Movies based on two bestselling books are out this month, The Art of Racing in the Rain by Garth Stein (Aug. 9) and Where’d You Go Bernadette by Maria Semple (Aug. 16), causing me to contemplate the adaption of books to the Big Screen (and for TV  too). The past several years has brought an increase in book adaptations, particularly for TV. The abundance of channels and providers such as Netflix, Hulu and Amazon Prime has led to a large increase in the number of TV shows, and producers are always looking for new ideas so using books for inspiration is a natural solution.

Some adaptations manage to capture the essence of the book effectively. As I reflect on what makes a good adaptation, I think two main factors play roles in this equation - one that is more individual, and one that is easier to quantify.

First, by their very nature, books require readers to use their imagination and create their own ideas of how the characters look and behave within the boundaries of the details the author provides. I have found that when the actors cast in the production contain some elements of the way I envisioned them originally (and the way the author described them), then I enjoy the movie or television show a lot more.

Second, when the movie or TV show script hews closely to the book’s plot, I generally am happier with the result, particularly when I loved the original story. A script that veers off into completely new territory is not generally going to be loved by readers who want to see a favorite story brought to life.

Below I list the adaptations that I really enjoyed, the ones that I felt did not accurately represent the book, and a couple of new ones that come out later in 2019.

Here are a few of my favorite adaptations:

These adaptations fell flat for me:

Movies coming out in 2019 based on popular books:

This weekend I am excited to go see Where’d You Go Bernadette; I loved the book and hope the movie will be fabulous too!