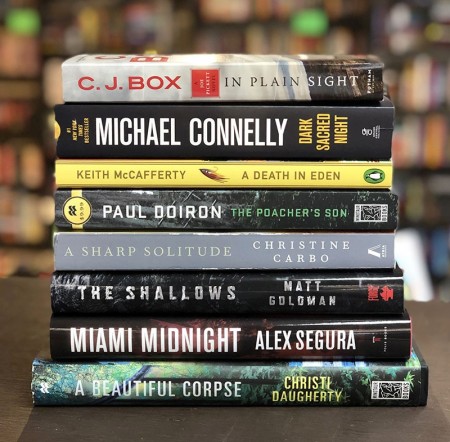 A mystery series is a great way to solve a reading slump.

People frequently ask if I can recommend a good book series. I love to recommend mystery series because the progression of the crime-solving and the possibility of threading earlier crimes and events into later stories work well for series writing. They are also appealing because they provide the opportunity to watch characters develop over time, both personally and professionally. When I pick up a new book in a series I love, it often feels like I am reconnecting with old friends. Moreover, reading a series makes picking your next book to read a lot easier – you just move onto the next one.

Finding a fabulous new mystery series is one of my favorite things to do. A unique protagonist or a locale with which I am not very familiar usually catch my attention, but I also enjoy just a straightforward police procedural/private investigator tale too.

When I began writing this article, I realized that there are too many series that I love to include all of them in one article. Accordingly, today’s article includes those set in the United States, in both urban and rural settings. Later, I will cover mysteries set elsewhere and those with historical settings.

My favorite contemporary mystery series in an urban American setting:

I would love to hear about some of your favorite mystery series.