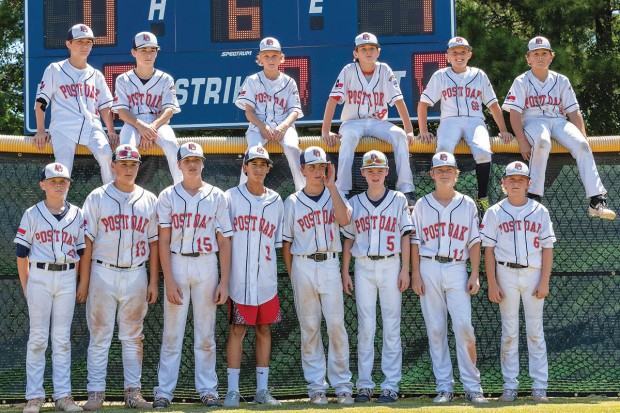 Post Oak Little League’s (POLL) 12U All Star team won the Majors Texas East State tournament with a 1-0 win over Western Hills. Jack Kyle pitched a 2-hit shutout and struck out eight players to secure the win. The championship advances the POLL team to the regional tournament in Waco, where the winner will advance to the Little League World Series in Williamsport, Pennsylvania. This all-star team has been together for four years, and is the first in Texas history to win the state championship each year in their Little League career. The boys were also state champs in both their 11U and 10U seasons. The repeat champs are (pictured, top row, from left) Blake Dardis, Caleb Pitts, Ben Barnett, Preston Sullivan, Jacob Spears, Judson Dowell; (bottom row, from left) Michael Peavy, Kristopher Carlson, Ryan Stinneford, John Laboy, Jake Baskin, Canon Toon, Carson Bratcher and Jack Kyle; not pictured: coaches Todd Barnett, CL Baskin and Adam Peavy.