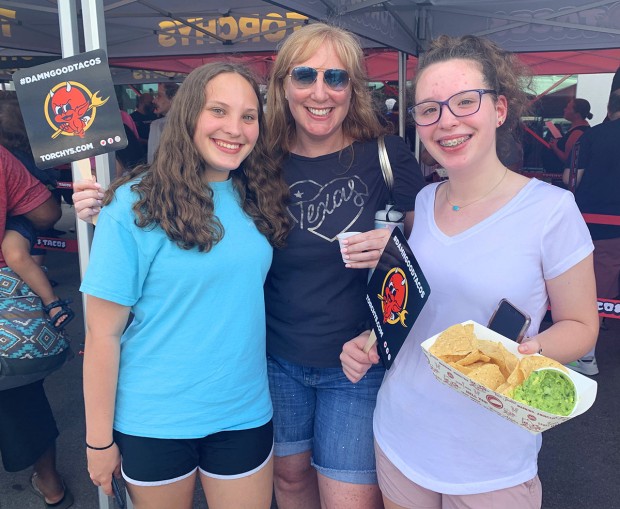 Twin sisters Alexa Schwartz (left) and Serena Schwartz (right) say Torchy’s is one of their favorite restaurants. As Meyerland residents, they, along with mom Jacki Schwartz (middle) are excited about Torchy’s new location. (Photo: Pooja Salhotra)

The temperature was hitting three digits, but that wasn’t enough to stop more than 800 people from attending Torchy’s Tacos’ grand opening party at their newest Houston location (5537 Weslayan St.) on Monday evening.

By 4:30 p.m., 30 minutes before the party was slated to begin at the new West U Torchy’s location, a line of people of all ages wound around barricades and soon extended out into the greater Weslayan Plaza. Located in the former Chuck E. Cheese space on Weslayan, the new joint is Torchy’s 14th location in the greater Houston area. The Austin-based restaurant started out as a food trailer over a decade ago and has since become a fan favorite for kids and adults alike.

“The tacos are just awesome,” said Jacki Schwartz, a Meyerland resident who attended the opening party with her twin daughters. “The mixture they make is so good. It’s a different kind of taco, not your run-of-the-mill kind.” 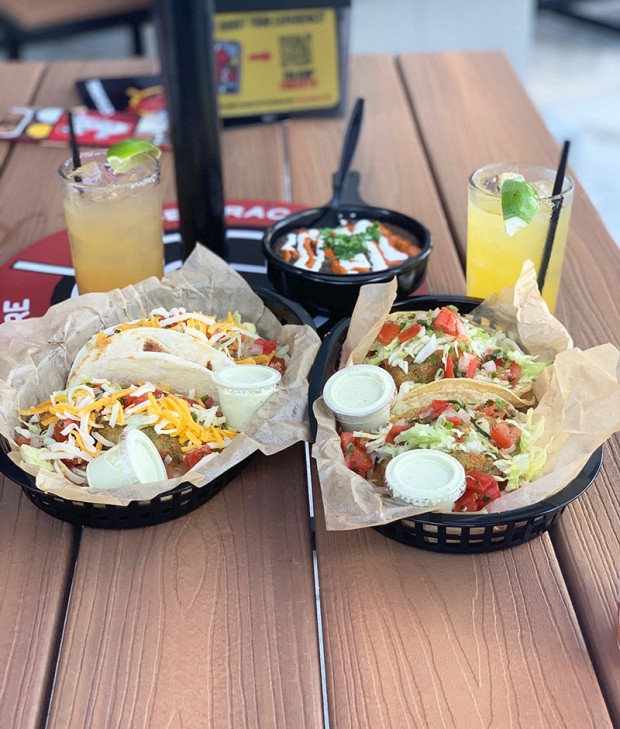 Jacki said she and her daughters Alexa and Serena, rising sophomores at Bellaire High School, often visit the Rice Village outpost of Torchy’s, or they stop by the Sugar Land one when they are in that area of town. But this new location is far more convenient. When asked what their favorite taco is, Serena, Alexa and Jacki all blurted out “Fried Avocado.” But Jacki then proceeded to list other tacos on the menu, such as Trailer Park and The Independent, noting she’s liked everything she’s tried so far. 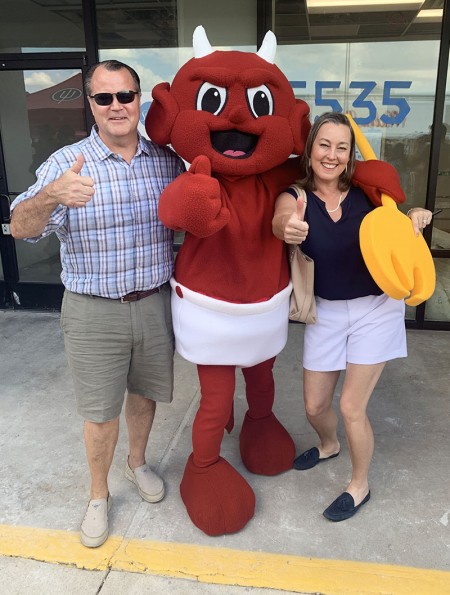 Michael and Kim Grant, Bellaire residents, are excited to have a Torchy’s close to home. (Photo: Pooja Salhotra)

The friendly mascot was also bopping around outside, taking photos with attendees as they waited in line. Outside, Torchy’s employees also served up chips with guacamole and queso, and samples of local beer were distributed. The Torchy’s team seemed to have thought of everything for the opening party. They even had branded paper fans for guests to cool off with, as well as cold  water and bottles of Topo Chico.

Once the doors to Torchy’s opened at 5 p.m., groups of people were granted entry in waves. Guests ordered tacos at the counter and runners quickly delivered orders to guests at their tables. The 5,000-square-foot-space is brightly lit with full-length glass windows and high ceilings. There’s also a full-service bar where customers can order draft beer, fresh-squeezed margaritas in a variety of flavors such as peach and passion fruit, and other signature cocktails. An outdoor patio offers extra seating in a dog-friendly space. 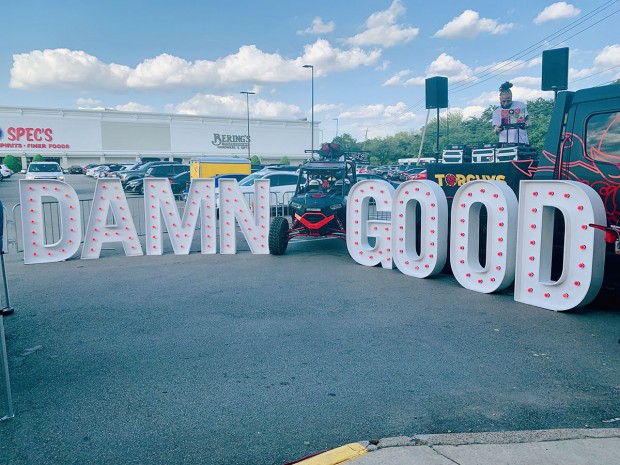 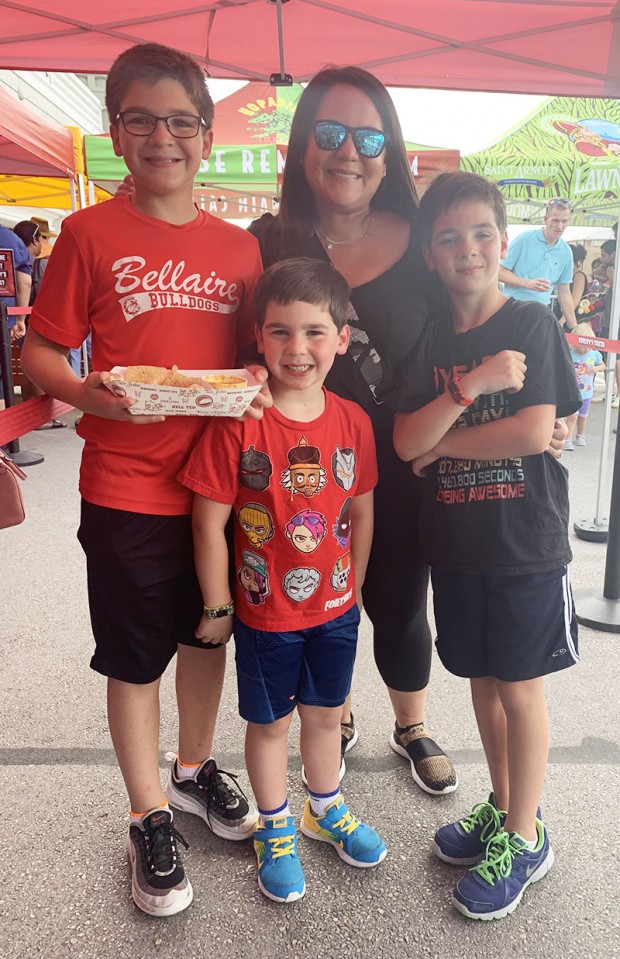 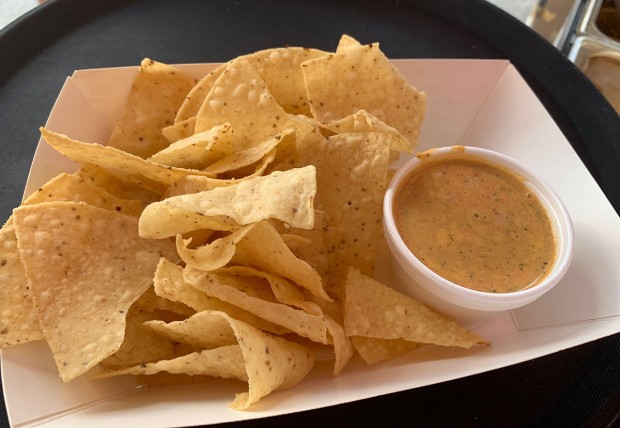 Torchy’s employees distributed chips and their signature queso and guacamole to those waiting in line for the grand opening party. (Photo: Jordan Magaziner Steinfeld) 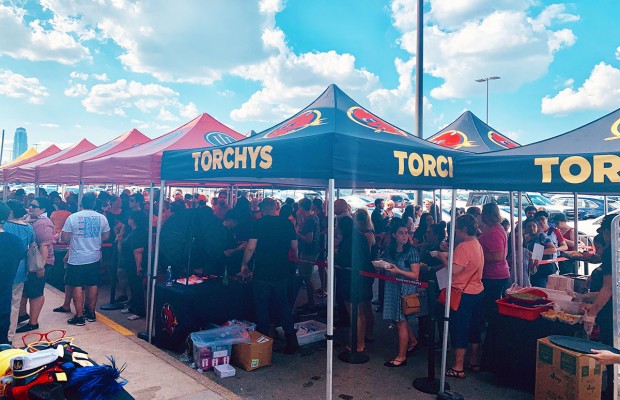 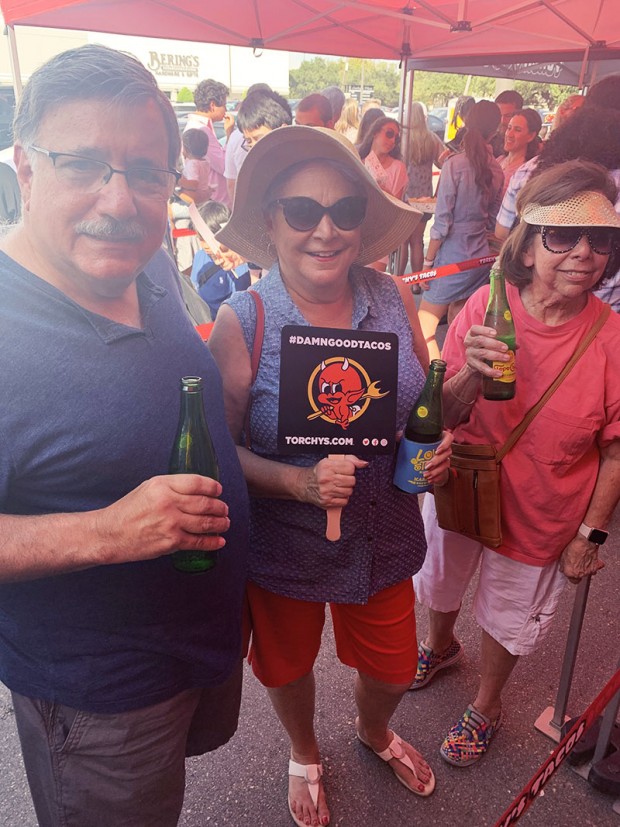 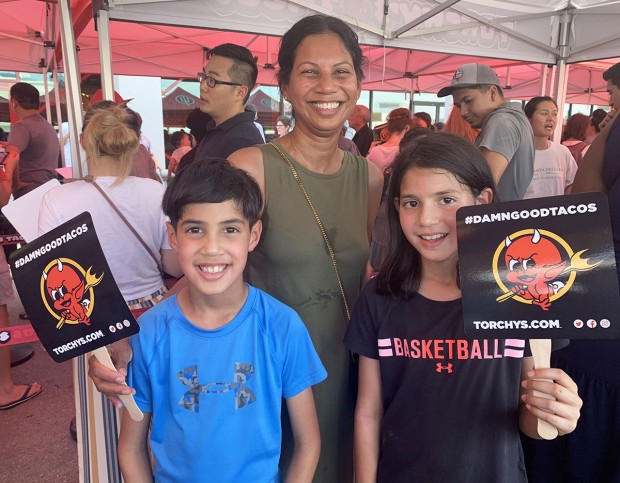 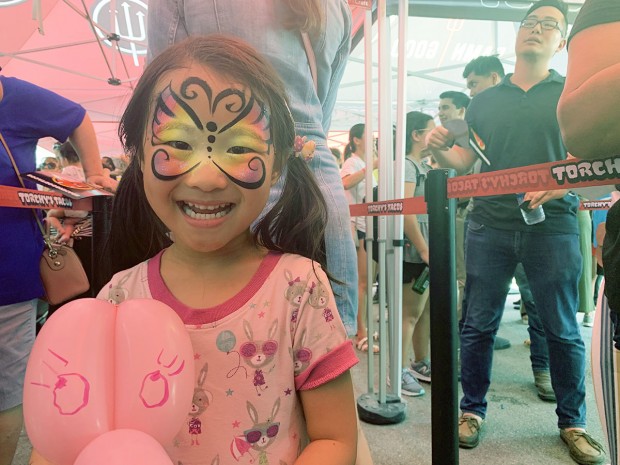 The grand opening included kid-friendly attractions such as Face Painting by Stormy. June (pictured) is all smiles after getting her face painted. (Photo: Pooja Salhotra) 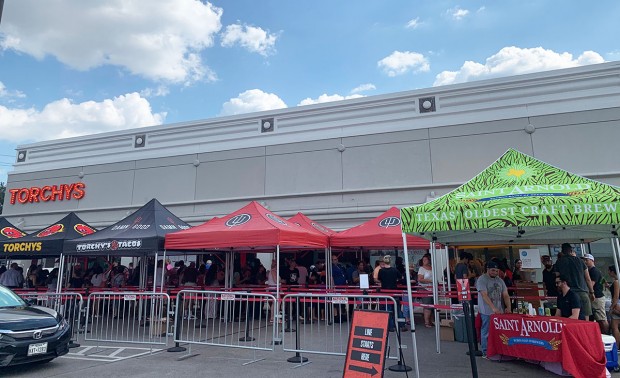 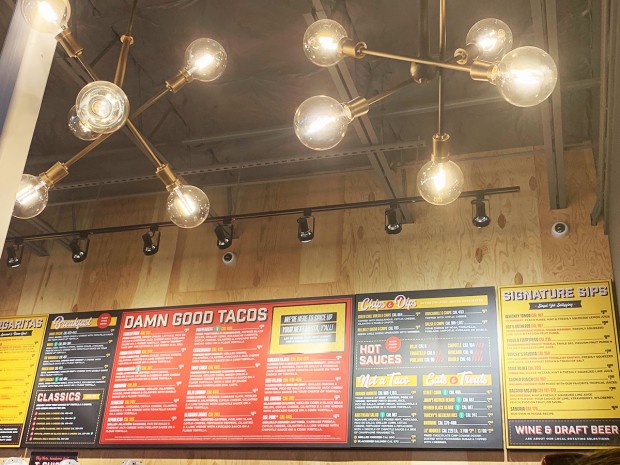 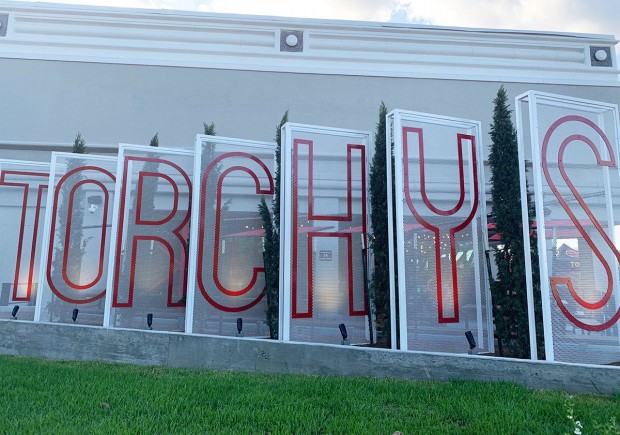