Celebrity and Other High-Profile Book Clubs 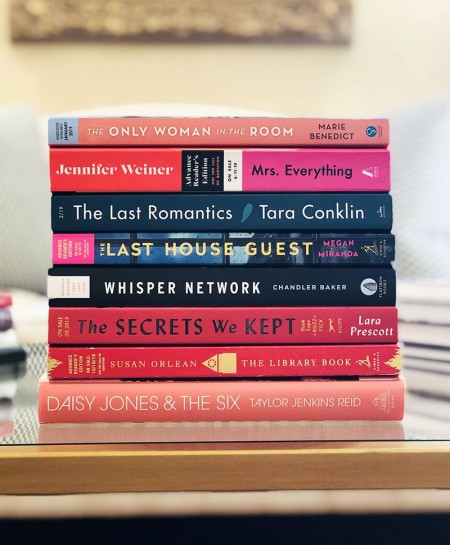 Oprah Winfrey launched her book club in 1996 as a segment on her show. It was a huge success and helped boost the sales of the books she chose; to date, she has chosen 80 books total and her latest selection is Becoming by Michelle Obama. Over time, Oprah – who’s considered to be the creator of the celebrity book concept - has reformatted her book club several times, and the latest iteration was announced earlier this year. She is pairing with Apple TV to host a book club that will air across all Apple platforms, and I am curious to see how this idea plays out over time. Over the past several years, other celebrities have introduced their own versions, and Barnes and Noble has even entered the fray. I enjoy following the various book clubs and discuss my favorites below.

In 2017, Reese Witherspoon decided to launch her own monthly book club called Reese’s Book Club through her media brand  “Hello Sunshine.”  She chooses a book monthly and then provides interviews and other interactions with the author of that month’s choice on her social media platforms. Her selection of a book frequently elevates that book straight to the New York Times Best Sellers list, and readers closely follow her selections. Her initial pick in June 2017, Eleanor Oliphant Is Completely Fine by Gail Honeyman, came out in paperback on June 5, 2018, and has been on the New York Times list (a total of 64 weeks for just the paperback version). I am a huge fan of Witherspoon’s picks – she chooses books from a wide variety of genres and settings. Her 2019 picks are listed below (I have starred the ones I have read and really liked):

The success of Reese’s Book Club has inspired several other prominent book clubs including Read With Jenna by Jenna Bush Hager and Barnes and Noble’s now-monthly book club.

Read With Jenna is tied in with Hager’s job on The Today Show, and she announces her picks there monthly. She lists book questions for each book on The Today Show’s site, and she herself individually chooses her monthly picks (as opposed to Reese’s Book Club where Witherspoon has a team vetting books). Read With Jenna selections also frequently appear on the New York Times Best Sellers list. Her 2019 picks are listed below (I have starred the ones I have read and really liked):

Barnes & Noble launched a monthly book club in January of this year. The new book club immediately caught my eye because their initial selection was a book that I had read and loved, The Only Woman in the Room by Marie Benedict, about Hedy Lamarr and her scientific inventions. The cool thing about the Barnes & Noble Book Club is that it is an in-person book club; the company selects a book and then also selects a day and time when the book club will meet across all stores. In addition, Barnes & Noble sells an exclusive edition of the chosen book with content from the author that cannot be found elsewhere. Like the other two book clubs above, the books chosen by Barnes & Noble frequently land on the New York Times Best Sellers list. The Barnes & Noble 2019 picks are listed below (I have starred the ones I have read and really liked):

The launching of these various prominent book clubs is a fantastic development in this era of social media and the proliferation of television shows and videos across so many platforms. I find it encouraging that not only are these new book clubs developing, but that they are also very successful, frequently highlighting both new authors and new books to large audiences.