In honor of Will McKone 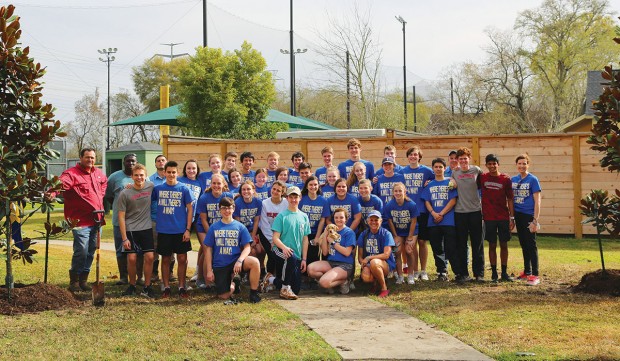 REMEMBERING WILL Will Jackson (in center, wearing a teal shirt), a senior at St. John’s School, planned a meaningful memorial for his friend Will McKone, who passed away last year at age 17. (Photo courtesy of Will Jackson)

After my friend Will McKone passed away on Nov. 24, 2018, following a long battle with an inoperable brain tumor, the St. John’s community was left heartbroken. The radiance he brought to campus every day was missed, and even as Will’s large group of friends attended guided discussions to support each other and share their favorite memories, we were left feeling powerless. I needed to focus my emotions in a direction, and it was around this time I learned the McKone family had led a tree planting in Israel to honor Will. It seemed that by conducting a similar planting in Houston, we could connect his spiritual home and physical home in a powerful and lasting way.

Will grew up playing baseball in Bellaire Little League and was an avid fan of the sport. Everyone agreed that a baseball field would be a meaningful place to honor Will. We reached out to Trees For Houston and, moved by Will’s story, the organization provided us with all that they had to offer to achieve our goal. As it turned out, Bellaire Little League happened to have recently opened a field at Mulberry Park, where Will played when he was little during his sister’s softball games. The league was more than happy to accept our trees, and the field would be a meaningful location for Will’s living memorial.

On Feb. 23, more than 30 of Will’s friends gathered to plant five trees in his honor – two magnolias, two crepe myrtles and a sycamore tree. We all wore blue and yellow wristbands with the four precepts Will lived by – be kind, spread happiness, serve others, and be inclusive – and once the trees were planted, we tied ribbons around them that were embroidered “In Honor of Will McKone,” with each ribbon having a different precept. While the trees have grown in the months since the planting, the ribbons are still there, ready to inspire anyone who reads Will’s four precepts. While it will never be fair that the world lost a kind, loving and happy person like Will, it helps to know that his friends and family can always find him at Mulberry Park.

On the Trail - The Rodeo Comes to Town