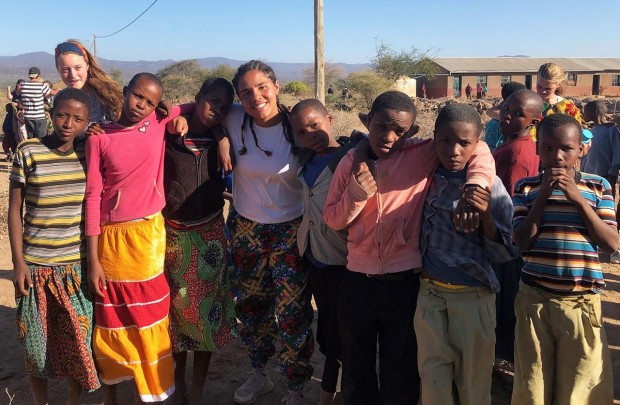 Isabella and her new friends posing for a picture after a long school day.

This summer, St. John’s junior Isabella O’Reilly journeyed over eight thousand miles to Tanzania, Africa with the organization Rustic Pathways. Rustic Pathways aims to teach high school students how to make a positive impact on society while demonstrating individual growth through a transformative experience. While Isabella had numerous options to choose from, such as marine conservation in Thailand and women’s empowerment in Peru, she decided on Tanzania.

“I’ve always wanted to go [to Tanzania] and out of all the trips that were offered, this one seemed the most appealing to me. I wanted to see the actual impact that the work we did would have on the communities,” O’Reilly said. 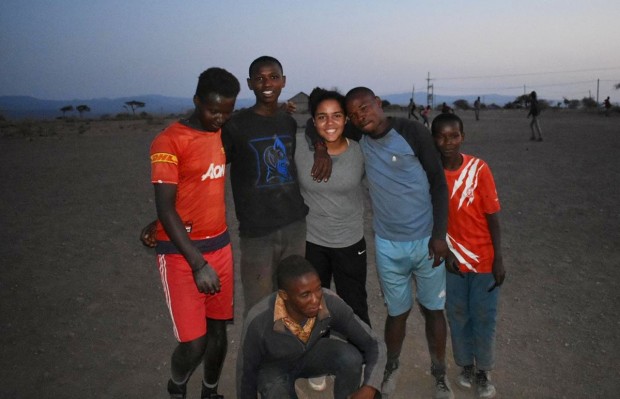 Isabella and the group enjoying their new home.

Her group travelled to Haidash, a small village two hours outside of Arusha. In Haidash, the group dedicated sweat and back-breaking labor to construct a kitchen for the local school. O’Reilly remarked that the previous kitchen was made of mud and sticks, resembling a chicken coop. Aside from building, the group assisted local teachers in teaching kids English, playing games with the kids, and undergoing life changing experiences.

One day, the Rustic Pathways group trekked for an hour and a half to walk the kids home from school; this was only half of their long journey. “Some of the kids still had over an hour to walk until they reached their homes,” O’Reilly said. 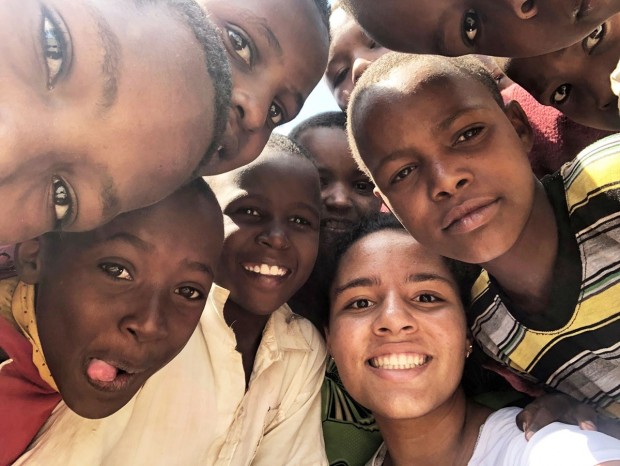 Local school children pose for a selfie with Isabella.

While working in the village, O’Reilly was fortunate enough to learn from the perspectives of village women, men and local kids. Their lives are very different from her own, but they were still able to sit down and learn from each other.

Even though the work was strenuous and the days seemed never-ending, the impact that the group made on the village was almost as big as the impact that the experience had on themselves. “Being able to interact with such an amazing group of people who were always happy, regardless of their situations made the trip truly unforgettable,” O'Reilly said.