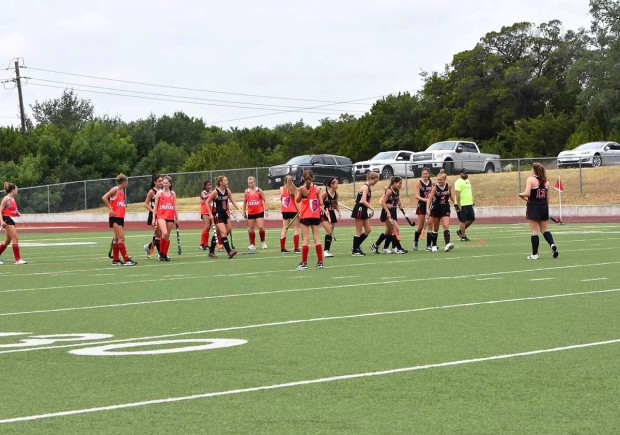 After two weeks of field hockey preseason and tryouts, the 2019 Maverick Varsity field hockey team attended a retreat in Austin, Texas. The team consists of 20 players including the addition of seven members whom were added this year.

On the retreat, the team played six games consisting of eleven versus eleven scrimmages and seven versus seven scrimmages. Despite not having any practices beforehand, the girls won five out of the six scrimmages against the two other schools, St. Stephens School and Greenhill School.

The three senior captains Kate Ainbinder, Sadie McCabe and Sinclair Mott believe that there was an increase in trust and confidence among each team member as the games progressed. According to Mott, good team chemistry is a building block for a successful season because an initial friendship is something that cannot be taught.

“We all connected really well on and off the field, and our level of play was really high,” junior Piper Edwards said. “Since it will only increase as the season goes on, it will be a spectacular season.” 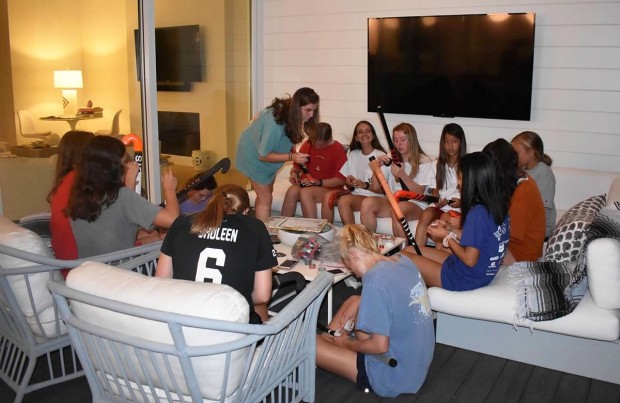 In addition to playing field hockey, the team also participated in other bonding activities such as swimming, paddle boarding and decorating their sticks and water bottles.

Ainbinder and the other two captains decided to have a retreat early on in the school year because they wanted the new players to feel a strong connection and sense of trust with everyone else on the team. For freshman Maddie Kim, although she was nervous before attending the retreat, in the end, she thought it was a fun way to meet people and make friends in different grade levels.

“[The] [retreat] is one memory that every single person on the team can have together and relate to,” Mott said.

One memory from the retreat that resonates with Edwards is when all 20 members of the team went around in a circle and read out their goals for the season. Although everyone had different individual goals, every single member had the same team objective of growing closer and winning the Southwest Preparatory Conference (SPC) this November.

“I want to enjoy the entire season because it goes by really fast,” Mott said. “Because it’s my last season, I want to have fun every single day and savor all of the moments.”