Paving the Path for Progress 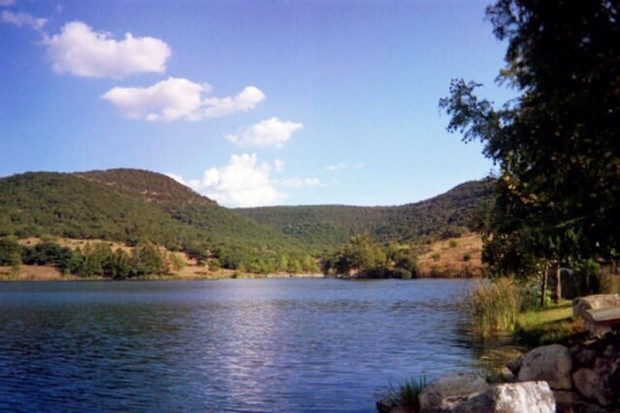 Reeti Mangal reflects on creating an inclusive school community. Pictured: the lake at a school retreat.

If you were on the St. John’s School freshman retreat, you probably heard several kids say this.

It’s funny, right? Why wouldn’t you laugh at something that stereotypes homosexuals and promotes homophobia?

It’s even funnier to make this joke 15 minutes after the school gives a three-hour lecture about the importance of creating an inclusive community.

And what about after the school explicitly explains that making this joke is offensive?

I don’t know if this is the thought process that the freshmen went through before they cracked these jokes. Maybe they didn’t think at all.

And that’s what concerns me the most.

This year, on the annual freshman retreat, St. John’s School made a conscious effort to ingrain the message of community and inclusion in the incoming 9th grade class.

The initiative began with a three-hour lecture about the eight different identities: race, ethnicity, sexual orientation, age, ability, religion, family structure, and socioeconomic status. The lecture included activities such as organizing into groups based on hair, shoes, race, etc. The purpose of these activities was to demonstrate that everyone can find their own place in society regardless of the different social dividers.

“I did not fully understand why we did some of these activities, to be honest,” a freshman admitted.

While the three-hour assembly had good intentions, it was not well-suited for an audience of 14- and 15-year-olds.

“I think it showed that the school cares,” another freshman commented. “But it was too long. I lost sight of the point of the lecture by the first hour.”

One freshman explained that they felt like some of the students undermined the message of the community and inclusion talks by making “that’s so gay” jokes more often.

The school responded by having another lecture about how making these jokes are homophobic and offensive.

One way to ensure that the students take these talks seriously is by starting these conversations in lower school. I do not think it is ever too early to discuss issues of discrimination, considering that prejudices manifest at a very young age.

I hope the school continues to make progress on ensuring community and inclusion. St. John’s is on the right path; it just has a long way ahead of them.