Students Were Not Rained Out at the Global Climate Strike 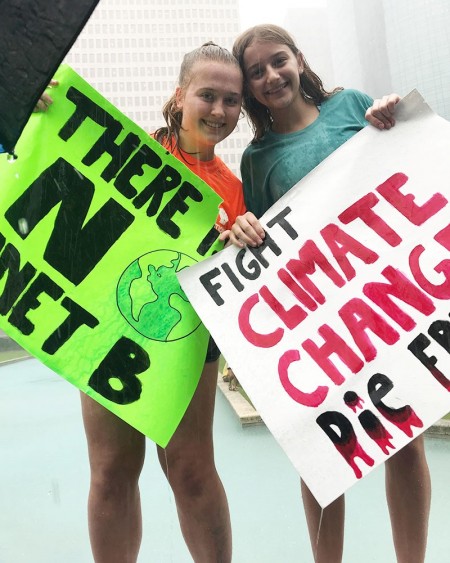 On Fri., Sept. 20, 2019, students and Houstonians gathered at City Hall demanding for an immediate action to be taken place in result of the climate change. The student held protest, also known on social media as Fridays for Future and the Global Climate Strike, has resulted in the largest climate change protest in history.

Students leading the strike for Bellaire HS, originally required requesting permission from the school in order for students to attend the strike. But as soon as the leftover destruction of Hurricane Imelda left flooded streets and abandoned cars on the roads in Texas, many school districts including HISD closed schools and offices Friday. Thus, it is predicted that the Houston climate strike resulted in a bigger turnout than expected, according to organizers.

Though numbers were not the goal for climate justice, Houston’s smaller turnout, compared to other strikes taken place in about 163 other countries that day, has guided others to take part in this crisis. The strike has influenced Lush to close their shops globally and start marching. For, the company did so and gave a speech inspired by Greta Thunberg, a 16- year-old Swedish environmental activist. Additionally, Houston council member Jack Christie and Mayor Sylvester Turner showed up too. 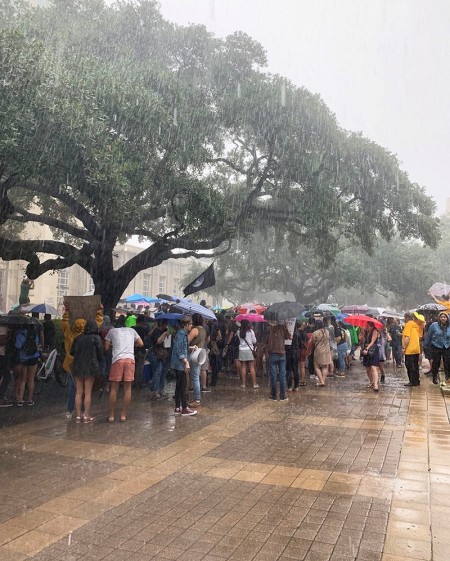 Though dark clouds rolled through Downtown Houston, protesters still chanted, for about an hour, in the rain with umbrellas and signs over their heads. (Photo: Abbi Turner)

Bellaire High School student Izzy Richards, representing Sunrise movement, gave a speech suggesting the urgent attention that needs to be brought to the climate emergency. She said, “Our so-called natural disasters, are no longer entirely natural. For example, Hurricane Harvey. We know that it was 15% more intense and three times more likely to occur because of human- induced climate change. My home along with 204,000 others was flooded during this storm. This is what being on the front lines of climate change looks like. It looks like people with moldy clothes and no furniture, sleeping in U- Hauls because every single apartment in Houston was booked the second, we could get out of our homes.”

Later in the protest, more students shared their personal experiences and reason for striking. By late afternoon, dark clouds rolled in above Downtown Houston. This did not stop the activists. The crowd still chanted, “We are still here!” in the rain. 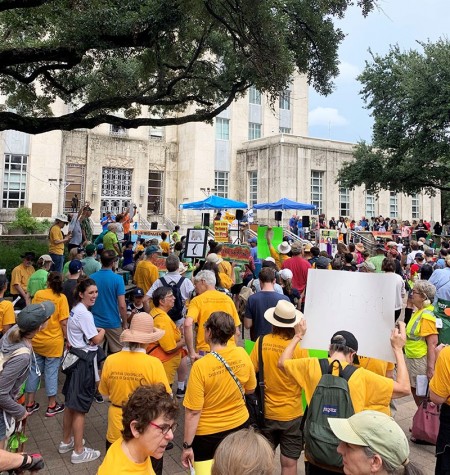 After from what I saw, the angered climate advocates will not stand down and let companies destroy our planet, Earth. Therefore, it is up to the students to continue to strike every Friday, until change. As a fighter for this cause too, I encourage Houstonians, and ultimately every human-being, to act in helping the environment. It is as simple as to “stop denying that the Earth is dying.” This marks just the beginning of the #GlobalClimateStrike.