Giving thanks for a given heart 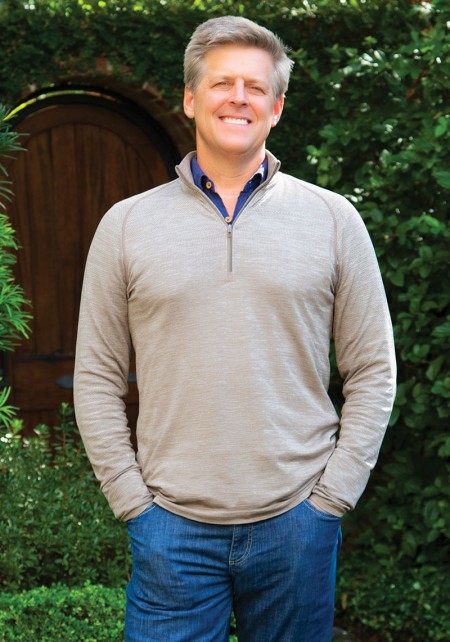 Inside the chest of 57-year-old Cole Dawson, down below a thin, 10-inch scar, beats the heart of a much younger man. Literally. A little more than a year ago, Cole was the recipient of a new heart, gifted by a 34-year-old organ donor.

Cole credits his faith, prayers and lots of angels for helping him through heart transplantation surgery. And he gives thanks to his donor for allowing him to live and share his message.

“I want to be the poster child for heart transplant. It is awesome. I feel like I am in my 20s,” says the outgoing and upbeat Cole. “I don’t quite have the stamina yet, but I have the strength and the energy. I want people to know that a heart transplant is not a scary thing. It is a blessing beyond measure.”

In matters of the heart, paths can sometimes be long and winding. Cole’s road to a healthy heart was three decades in the making. Cole learned he needed a heart transplant in June 2018 – 32 years after being diagnosed with acute lymphocytic leukemia in 1986. Two years of treatment, including a bone marrow transplant and chemotherapy, got Cole his health back – but ultimately weakened his heart. At first the decline was not noticeable, but as the years passed, he needed a pacemaker and then an implantable cardioverter defibrillator – a device that can restore a normal heartbeat by sending an electric pulse or shock to the heart.

By the time Cole arrived at his doctor’s office that day in June with wife Carla by his side, his heart was giving out. But Cole was not. “My heart was so big it was not pumping blood,” he says. “A healthy heart pumps six liters of blood around your body per minute. Mine was pumping 1.2 liters, and doctors consider death 1.1 liters.”

The realization that his heart was going to have to be replaced made Cole pause to accept the gravity of the situation, but “once we decided to do it, I said from this point forward, we are only going to be positive.” He moved into the Houston Methodist Hospital cardiac intensive care center that very day, not knowing if or when he would get a new heart.

The heart of the matter

“The doctors said he was the youngest, healthiest-looking guy in the ward with the worst heart. Cole said, ‘Call the girls and tell them,’” Carla says, referring to their three daughters, Catherine, 26, Christie, 24, and Camille, 21. “And, ‘We are only going to have positivity in Room 17.’

“I can say that, with him being on life support waiting for a heart, making it positive was a challenge.” Before Cole could even be placed on the heart transplant list, he had to have his health stabilized. “It was not good for several weeks, he had lots and lots of complications, and they found cancer in his thyroid,” Carla says. "My dad died of a massive heart attack at 49 years old. I was not ready to lose Cole.”

Once Cole’s health issues steadied (which included surgery to insert a heart balloon pump and thyroidectomy surgery), he was placed on the list, and the waiting began. “I pray every night before I go to bed and every morning when I wake up,” says Cole. “I felt very at peace in the hospital. I never had a bad day. I could look out the window at the sky, and I had my friends and family. I knew God had my back. And, I also knew that you and me – when we make plans and pray, it does not mean it is God’s plan. At the end of the day, it is God’s plan that I wanted.” 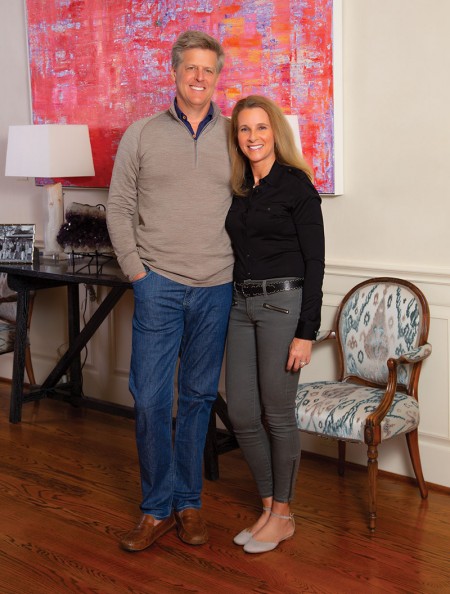 SWEETHEARTS Carla and Cole Dawson have been married for 29 years and are thankful for the donor heart that was given to Cole in 2018 that saved his life. (Photo: lawellphoto.com)

Both devout Christians, Carla and Cole leaned on their religion as they waited all summer long for a match. “I grew up with faith. My mom, Neva Dawson, talked a lot about faith growing up. In the hospital, Mom sent me a photo saying her prayer group was praying for me again,” says Cole, who is an asset manager with HighTower Advisors. “The same ladies who prayed for me in 1986 did their magic again.”

He credits prayers and messages sent to him via text, cards and calls for lifting him up as he was confined to his hospital room. “Your life becomes simple, and you live within a very small box,” he says. “I watched TV, I read, and I prayed.”

Carla, who kept a brave face in front of Cole, sometimes wondered how she had the strength to carry on behind the scenes. “We really felt those prayers. I had a certain route through the hospital that I would walk at night, and I would think, Why am I okay? I am walking and talking, but I should be in a ball in a corner of a room freaking out,” she says. “I don’t think I am that strong, but God sent us angels. They were fluttering around.”

The couple both point to specific angels who helped them: their very first nurse’s brother had gone to college with their daughter Catherine; a stranger in the hospital waiting room gave Carla a Bible verse of Jeremiah 29:11 (a verse that she had studied for the first time that week); and all of their doctors were miracle workers, they say. They also strongly believed God’s hands were on their shoulders.

Jeremiah 29:11: “For I know the plans I have in store for you,” declares the Lord, “plans to prosper you and not harm you, plans to give you hope and a future.”

And, then, there was the heart.

After 55 days of waiting for a donor heart, and with his heart balloon pump failing, Cole was praying to keep his spirits up. He says right at the point when he was faltering slightly, he got word that there was a heart that would fit his tall, 6’4” frame. “When they wheeled me off on August 20 to get the heart, I left it to God,” says Cole, who points out that donors remain anonymous. “They told me my donor was 34 years old and a male. Every day I think: Thank you, God, for that person.”

“When Cole told me that he had a heart, he started crying,” recalls Carla. “He said, ‘The best day of my life is a family’s nightmare.’ It's such a dichotomy. This is the day we have been waiting for and praying for, but it’s the other family’s tragedy. He was 34 – that’s all we know. People who are organ donors have an intrinsic passion and kindness; they have a real passion for the human condition.” 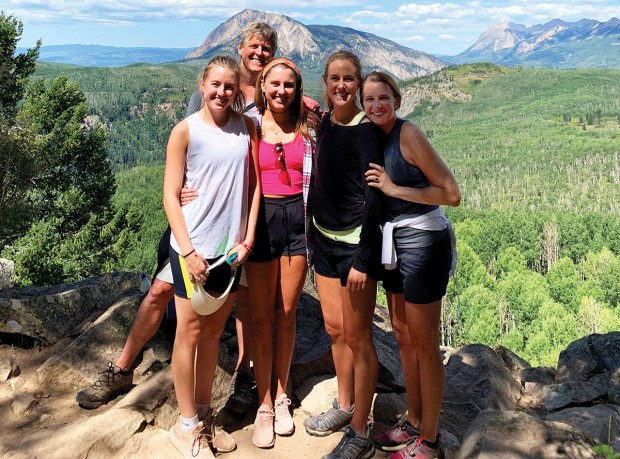 AIN’T NO MOUNTAIN HIGH ENOUGH Christie, Cole, Camille, Catherine and Carla Dawson (from left) celebrated the one-year anniversary of Cole’s heart-transplant surgery with a hike in the mountains of Crested Butte, Colorado. It was Cole’s first trip to that altitude since well before his transplant.

The surgery took almost seven hours to perform, and they still marvel at the success. “That is a whole other spiritual level. His surgeon wanted Cole’s operation room time and the donor’s operation room time to be exactly the same that whole night,” says Carla. “We were updated: his donor is in surgery right now, the heart is being taken out, packed in ice, driven to our hospital. It was a total miracle in every way. When they actually put the donor’s heart in, they have to flush the fluids out — these are the fluids that allow you to transport the heart from body to body. Dr. Barry Trachtenberg, his cardiologist, said, ‘The minute we flushed the fluid out, this heart was ready, and it just started pumping. I have been doing this 25 years, and I never tire of seeing the heart beat on its own.’”

Cole says he is still in awe of having a functioning heart that makes him feel like a much younger man. “My surgery was on August  20th, and my birthday is on August 30th,” he says. “Last year, with my new heart, I was 34 on my 56th birthday. Now I am 57, and the heart is 35.”

In the 15 months since he left the hospital, Cole has had to recover at home, away from germs that could compromise his weakened immune system. Constant monitoring occurred for the first year, with tests done to gauge how his body accepted his new heart. Turns out, it was a match made in heaven.

He was recently cleared to travel and was able to go on trips with family and friends to Hawaii and Colorado. He has started playing golf and tennis and works out with weights. Cole appreciates his new heart every day.

“I am thankful to God, to the donor and their family and to Methodist Hospital,” he says. “If you look at your driver’s license, on the lower right-hand corner, there is a heart signifying organ donation. If you do not have a heart on your license, you should. It's one of the greatest gifts you can ever give.”