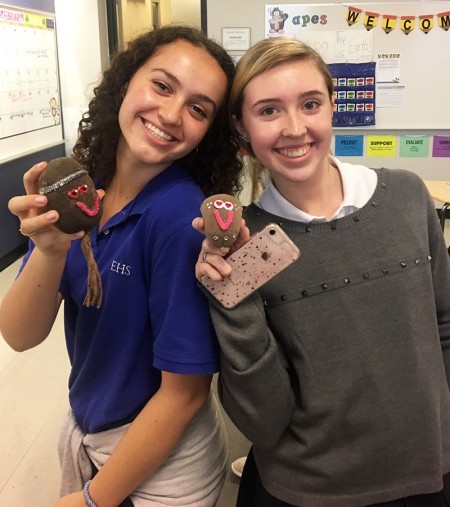 At Episcopal, there are a wide variety of clubs that help students get involved on campus. Students can also decide to start their own club to specifically target interests that are not already offered. That’s why my friend Elizabeth Hunt and I started Earth Club at the beginning of junior year. We were on a crusade to start recycling at my school after hearing numerous rumors that our school did not, and we made it our sole mission at the beginning of the year. We met with the groundskeeper, who told us that they did, in fact, recycle, but that some of the cleaning people were not trained to throw the trash and the recycling in separate bins. Elizabeth and I are still devoted to our mission, but it has taken a back seat as we have gotten very busy.

This year, Earth Club has had many interactive and fun meetings in an effort to create love for the environment. For example, a couple of weeks ago my co-president and I woke up at 6 a.m. to buy fertilizer, pantyhose, and googly eyes (among other decorations) so that our members could make chia pets. For 30 minutes, 15 of our members came and decorated individual chia pets with my mom’s hot glue gun and sparkly pipe cleaners. They turned out super successful, and they are still sitting in my AP Environmental Science classroom. A few weeks later, we hosted a bake sale in honor of Earth Day where we raised over $1000 for the Ocean Conservancy. That weekend, we hosted a picnic at Evelyn’s Park where there was a public Earth Day celebration in full swing! Some members stayed behind to volunteer after.

As my co-president Elizabeth says, “planning meetings and organizing events doesn’t even feel like work because I love knowing that I am doing something that makes a difference, I am doing something not for myself, but for the benefit of the future.” Even though people may not appreciate our efforts or say that we are not truly making a difference “it is all worth it because we are able to impact the individuals who show up to meetings and care about being a positive change,” she said. 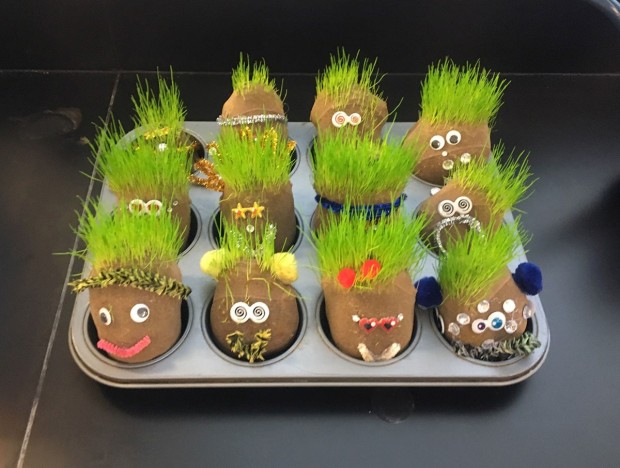 Now, as climate change action has been jumpstarted all across the country, our mission is more dire than ever before. It is our view that young people must take action in order to see real change. Maybe the environment was easy to ignore before, but now science tells us that future generations have a limited chance of survival. That is the main mission of EHS Earth Club: to make people aware of their individual impact on the environment and teach students ways to get involved. Elizabeth and I want to leave high school knowing that we created a legion of dedicated youth devoted to fighting climate change. After all, the trees, the animals and the very air we breathe cannot advocate for themselves. That’s why we have to.