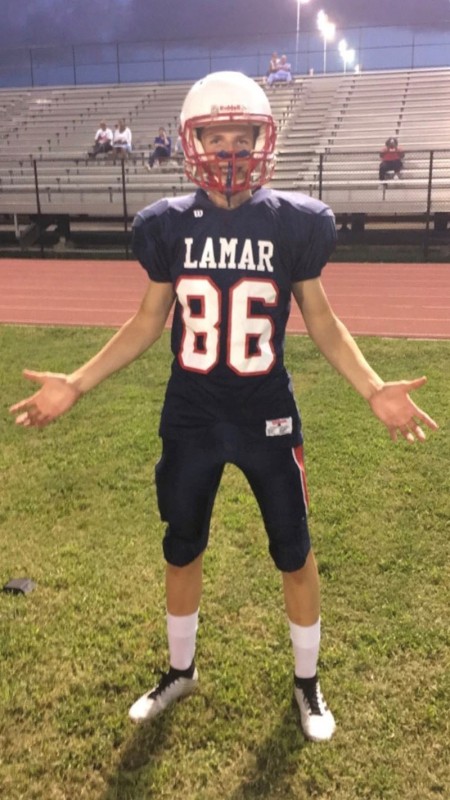 Before coming to America, junior Ruben Hilferink had never even considered playing football. Now he takes the field each week with a very crucial role – the kicker.

Coming from the Netherlands, football was not the most popular choice, he admits.

“It all started when I saw some football videos in my recommendations on YouTube and I started to watch them,” he explained.

Having a foreign exchange student on the football team has had a big impact on the team and his teammates.

“Ruben coming in has brought a lot of brotherhood because it is not an everyday scenario where you get to interact with someone who is not from here,” sophomore Braden Burgan said. “He is a funny guy who brings light to the team in every way possible and he loves to play catch.”

Obviously, the things done in America seem normal to the average student – to Hilferink it is abnormal.

“The cars are a lot bigger here and we don’t use trucks in the Netherlands. The weather in the Netherlands is about 40 degrees cooler. We didn’t have many fast food courts (at home.) A teammate of mine here took me to a fast food restaurant,” he said with a smile.

With these new experiences come some struggles. 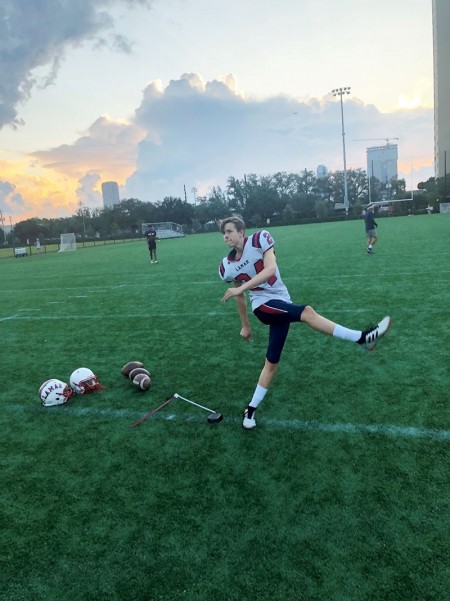 “It is hard to speak English all the time. It is very hard to translate things. I think I miss speaking Dutch, it was easier,” the junior said.

Hilferink has a tradition before he kicks the football to make the ball “go further.”

“Yes, during the game it is not really a ritual but I go like this,” Hilferink said as he demonstrated himself moving his hair to the side.

The other kickers aren’t the only ones thrilled that Ruben is on the team. Coach Chad Scholz, special team’s coordinator, had nothing but admiration for the teen.

“Ruben is a good kid and I am happy he is on the team. He fits into our group very nice,” Scholz said with a laugh using Hilferink’s accent. “He always has a great attitude and he is a hard worker. We admire him for his bravery to come to a foreign land and play a sport that he has never played before.

Hilferink is looking forward to experiencing many opportunities in America.

“He is very excited because Ruben really wants to experience American football, which he has never before so he is enthusiastic and very friendly,” said head coach Michael Lindsey. “He wanted to learn and of course we get to learn about his culture as well.”

Right now, it is not about just playing football, it is about having an opportunity to experience everything that surrounds football.

“It is fun to go on a yellow bus; we do not have yellow buses in the Netherlands,” Hilferink said. “It is fun to go somewhere with 150 people to the scrimmages and games - to just be there and enjoy it not even kicking or being on the field - but just looking at it.” 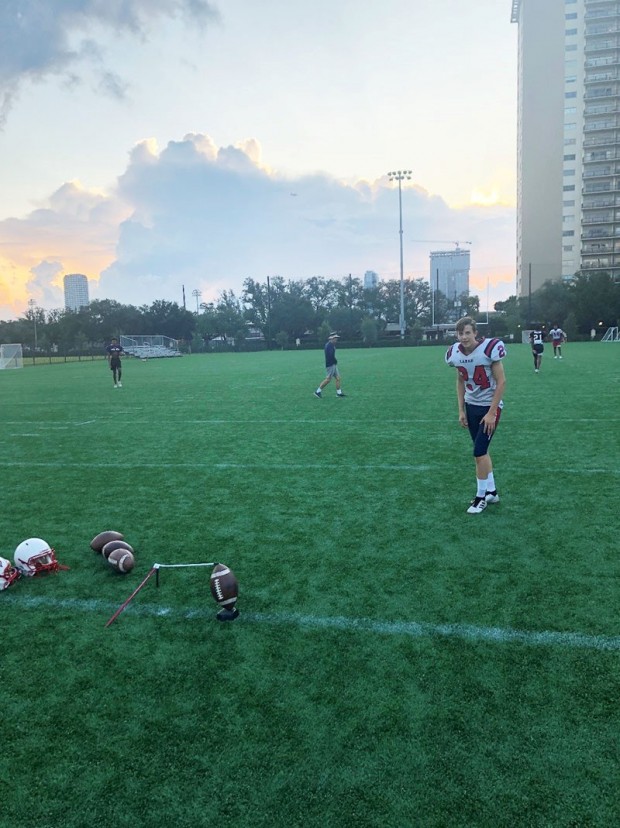