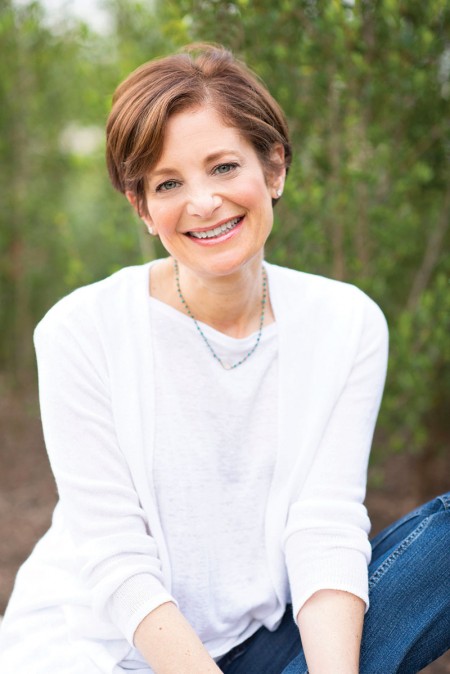 A former corporate lawyer, writer and food advocate, Bettina Siegel is best known for her blog “The Lunch Tray,” which tackles issues related to kids and food. Siegel started the blog nine years ago after a friend convinced her to join an HISD committee for parents to offer input on school menus.

Siegel, whose own mother embraced natural foods after years of serving up Duncan Hines mixes and Hunt’s pudding packs, thought schools could do better than Texas Frito Pies and oversized brownies. The mom of two was also alarmed at the vast amounts of junk food her kids were being offered both in and outside school.

So in 2010, she wrote her first blog. Since then, Siegel has waged three viral and successful online petition campaigns related to school kids and food – one on the so-called “pink slime” in school meals. She broke a story on McDonald’s that ran in The Washington Post and forced the fast food company to scrap a deceptive marketing program for kids, and her story about “lunch shaming” ran on page one of The New York Times. Her first book, Kid Food, came out this fall.

What drove you to write Kid Food?

So many health-conscious parents are frustrated with how hard it is to raise healthy eaters in our country today. They feel like they’re being thwarted at every turn. So I wanted to have us all think about that on a deeper level. Who’s benefiting from the status quo, and how can we change it? I’m definitely not a proponent of banning foods or making foods forbidden, but we can do a lot to change our environment to make the healthy choice the easy choice. I wanted the book to leave parents with insight and optimism, and maybe some parents will even be interested in activism on these issues.

How is Houston faring when it comes to serving healthy food in schools?

With cafeteria food, we’re ahead of the game. We have a progressive school nutrition director, and Houston is now running its own school lunch program instead of Aramark running it. The food we’re seeing isn’t perfect, but it’s definitely moving in the right direction. That said, when it comes to so-called “competitive food,” which is food sold to kids during the school day outside the school meal, like at fundraisers and in school stores, there's a lot of room for improvement. In Texas, schools are allowed to sell junk food six days a year, but in reality it’s being sold much more often in HISD because, unfortunately, schools need the funding.

How can parents find out more about what their kids eat at school?

You have the right as a parent to go to the lunchroom to see what’s going on, but in terms of classroom food, you’ll probably have to rely on your child’s own reports. That said, every school that participates in the federal school meal program has to have a local school wellness policy, and part of the policy’s job is to set a nutritional standard for the food given to kids in the classroom, such as at holiday parties or as teacher rewards. Parents can see HISD’s policy online. Individual schools can also have their own, more stringent policy if they like. Some schools also have a wellness committee, which parents can join, or parents can start their own committee at their school.

You’re an advocate of bringing back home economics. Why?

We’ve never needed home economics more than today because people have unfortunately lost their cooking skills. But the further away from cooking we get, the more we have to rely on processed food and restaurant food, which is tasty but isn’t necessarily good for us. So kids need to know how to fend for themselves in the kitchen, and to learn that it’s possible to throw together a simple, economical meal with low stress.

You write about the unhealthy choices most kids’ menus offer. What’s a better way to order for kids?

I like the idea of moving away from this notion of “kid food”– that kids will only eat things like mac and cheese – because it’s a completely artificial construct. So maybe have your kids split an entrée, or create a meal for them out of appetizers or side dishes. That lets kids expand their palates and discover there’s food beyond pizza and nuggets. Because, if they’re raised on pizza and nuggets, then how do we expect them to suddenly just start eating fruits and vegetables?

What are some Buzz-area restaurants with better kids’ menus?

Not surprisingly, restaurants that make a point of touting their fresher, healthier food tend to have healthier children’s menus, too – places like Flower Child and True Food Kitchen, for example. My own family loves Jenni’s Noodles, and their “Logan Seven” kids’ menu, which features pared-down Asian noodle and rice dishes. Even places like Jason’s Deli have improved the variety of their kids’ meal offerings in recent years. So, while you can still find things like pizza and nuggets, there are also more wholesome sandwiches on wheat bread, and they even have a variety plate where kids can pick from different fresh fruits and veggies with dips, along with proteins like cheese or a hard-boiled egg. And, of course, most of Houston’s authentic international restaurants don’t even offer children’s menus because in many countries it’s a totally foreign concept!