When in doubt, get checked out 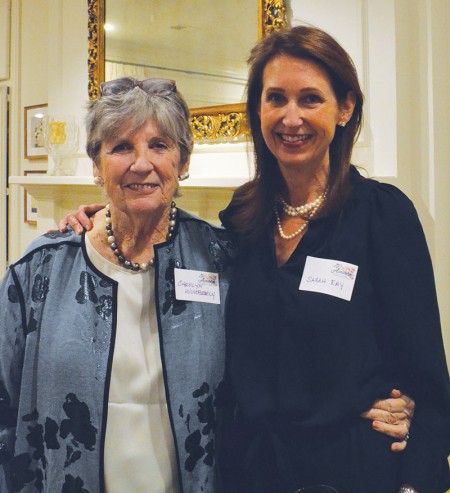 He was upset, of course, by the diagnosis. But more than that, he was upset that he, a doctor endorsing health and wellness, had overlooked the signs. If Dr. Oz didn’t spot the indicators, countless others surely miss them, too.

Part of that is not knowing what to look for, but another part is not wanting to know what might be scary, and inevitable.

Kathy Spetter, family services manager at the Houston Southeast Texas Chapter of the Alzheimer’s Association, says, “Often, when caregivers look back, they can identify different things Mom was doing that were indicative of a problem. Repeating questions, forgetting conversations. People will think they’re walking along okay without going to the doctor even if they’re suspicious.’”

In her 20 years working with people with dementia and their caregivers, Kathy says it’s common that patients and families won’t want to think about the ramifications of a diagnosis. “A lot of people don’t know what to do, they don’t know there’s help and support. Instead of dragging their feet, we suggest being proactive with a doctor.” Kathy adds that a cause other than dementia might be at play, another reason to see a doctor.

Last year, Sarah Ray chaired the Alzheimer’s Women’s Auxiliary for Resources and Education (AWARE) luncheon, which was founded by her mother, Carolyn Wimberly, 20 years ago. Carolyn, herself a caregiver for her mother who had Alzheimer’s, organized the first luncheon to raise money for caregiver support, including a round-the-clock helpline and educational programs. “My mother’s mother had Alzheimer’s before people talked about Alzheimer’s,” says Sarah, a retired attorney and mother of two boys in their 20s. “The reason I stepped in is that about five years ago, my dad got Alzheimer’s. So my mother had her mother, her husband, and she also had a sister who died of another form of dementia.” (There are many types of dementia. Alzheimer’s is the most common.) Sarah’s father, Bryan Wimberly, died this past July.

“My dad ran an oilfield and industrial supply company, went to Yale and the Wharton School of Business, and he had a genius level IQ,” Sarah says. “My mom had been so involved [with the Alzheimer’s Association] that she recognized the signs very early on. The first two years, he was forgetful, got lost, was just vaguely off. The last three years he was unrecognizable. He always had a very gentle demeanor. That went away with Alzheimer’s.”

Sarah, who recently joined the board of the Alzheimer’s Association, is “a believer that early testing is very important if you think there’s something going on, because we’re beginning to learn that there are some lifestyle changes that might slow the progression of the disease. As scary as it is, go ahead and get tested.” Some lifestyle factors that may slow Alzheimer’s include controlling blood pressure, diabetes and cholesterol; maintaining social connections; exercising; and staying intellectually active.

Through the Alzheimer’s Association, Kathy suggests keeping a journal to document the behavior in question, so that it can be clearly communicated, along with frequency, to a physician. The first point of contact should be a person’s general practitioner, who will start with a series of questions that would indicate cognitive impairment. Family members might also be on hand to express concerns. The next step would be seeing a neurologist, possibly for an MRI.

“There’s a window of time to be proactive with your loved one,” Kathy says. “You can accomplish certain things like their wishes with regard to medical or legal or financial decisions, before the cognitive impairment advances.”

Kathy works with caregivers to create action plans. “We talk about what their greatest challenges are and help people take steps to make life a little easier,” she says. “A lot of caregivers feel isolated and alone because they’ve become a 24-7 caregiver. Relationships fall by the wayside. We help them connect with caregivers’ support groups and other people who understand what they are experiencing.” Some 40 support groups exist throughout Houston.

In the end, Sarah and her mother realized they could not physically care for their father and husband and ultimately moved him to Belmont Village. “It’s really hard because you love the person so much,” Sarah says. “You don’t want to abandon them. But it’s not a one-man job, taking care of someone. That’s why AWARE was created: to provide support for people who might not otherwise have it while caring for people with dementia.”

Resources
● 800-272-3900 is a 24-hour helpline, with knowledgeable people available to talk any time, including weekends and holidays.
● Communityresourcefinder.org is a source for support groups, in-home care resources, adult day care, neurologists and more. Services can be tailored by zip code.
● Houston Southeast Texas Chapter of the Alzheimer’s Association offers support for people affected by Alzheimer’s disease and works to reduce the risk of dementia through the promotion of brain health. alz.org/texas
● Amazing Place provides day programs for people living with dementia as well as support for caregivers. amazingplacehouston.org

For caregivers
November is National Caregivers Month. Please share these tips from Kathy Spetter at the Alzheimer’s Association with the caregivers in your life:
● Seek caregiver support groups at communityresourcefinder.org. Kathy says that maintaining relationships and seeking them out with other caregivers is the No. 1 step for self-care.
● Accept any offers of help. “People ask all the time, ‘Is there anything I can do?’” Kathy says. “People who really need a lot of help will say no. Say yes.”
● Schedule periods of respite so that you are not “on” all day, every day. And enjoy the breaks: “Don’t feel guilty,” Kathy says. “You are only helpful to your loved one if you are strong emotionally and physically.”