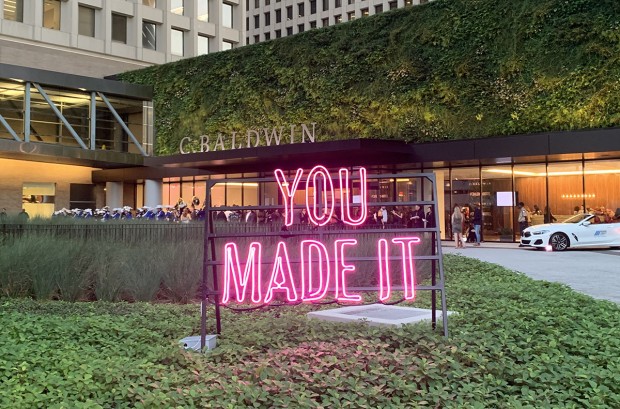 Perhaps there’s no comparison to the authentic Italian pizza, hand-cranked pasta and fresh-baked pastries available on the streets of Rome. But when it comes to Italian-American food - a separate cuisine altogether - downtown Houston might now be the place to get your fix.

Celebrity Chef Chris Cosentino is making his mark on Houston with this week’s opening of Rosalie Italian Soul, a 145-seat restaurant that marks Chris’ first foray into Texas. The restaurant is inspired by Chris’ great-grandmother Rosalie, who immigrated through Ellis Island from Italy decades ago and has left a remarkable impression on Chris and his culinary pursuits. Chef Chris had a chance to showcase some items on the menu to the who’s who of Houston on Thursday evening at an extravagant launch party for the C. Baldwin, the downtown hotel that houses the restaurant at 400 Dallas Street. 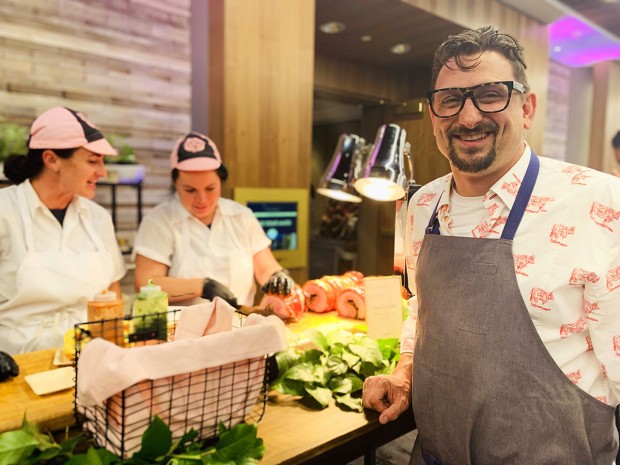 “We’re really excited about the whole menu because a lot of the things are coming from childhood. They’re the Italian-American foods that really have not been given the shining light they should have,” said Chris, while admiring the porchetta his staff was serving up to attendees at a carving station on the second floor of the hotel.

Chef Chris, who is based in San Francisco, co-owns several restaurants including Cockscomb San Francisco, Jackrabbit in Portland as well as Acacia House in Napa Valley. He gained national attention after winning season four of BRAVO’s “Top Chef Masters” and authoring multiple cookbooks.

Chef Chris said he’s excited about the entire menu at Rosalie, which features Italian-American classics like manicotti, but with a fun and playful twist.

“We grew up with manicotti, which was stuffed with ricotta of course, but we’ve stuffed ours with blue crab,” he said.  “We’re also doing a whole chicken Milanese to share, we’re doing double decker eggplant parmigiana sandwiches for lunch — just really fun things that would come to mind when you think of Italian-American food, but slightly redone.”

At Thursday’s launch party, servers on the ground floor offered the nearly 2,000 guests - including Houston Texans players DeAndre Hopkins and Whitney Mercilus - bites from the menu. The decadent fried arancini balls were a hit, as were the slices of wood-fired Margherita pizza and vegan mushroom caps. Upstairs, a station featuring hand-pulled mozzarella soaked in an olive oil brine drew crowds. 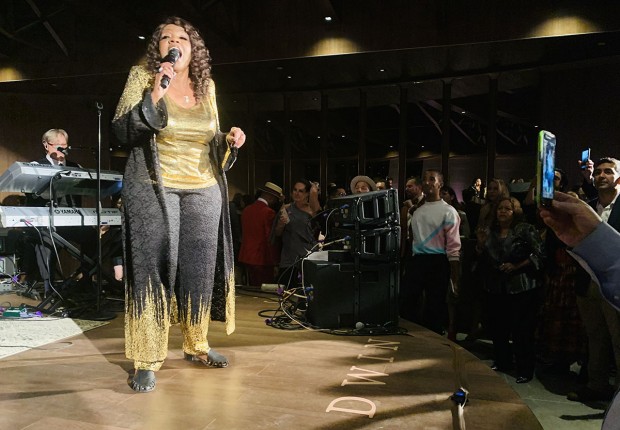 Gloria Gaynor performs “I Will Survive” to an energetic audience at the C. Baldwin Hotel. (Photo: Pooja Salhotra)

The party began early in the evening – promptly at 6 p.m. – but it was a marathon of a night, the highlight being a passionate performance by Gloria Gaynor, the queen of the disco era, who had attendees waving iPhones in the air and singing along to hits like “Let Me Know” and, of course, “I Will Survive.”

Attendees said they were impressed with the hip ambience of the hotel as well as the creative cocktails available at the bar inside Rosalie. 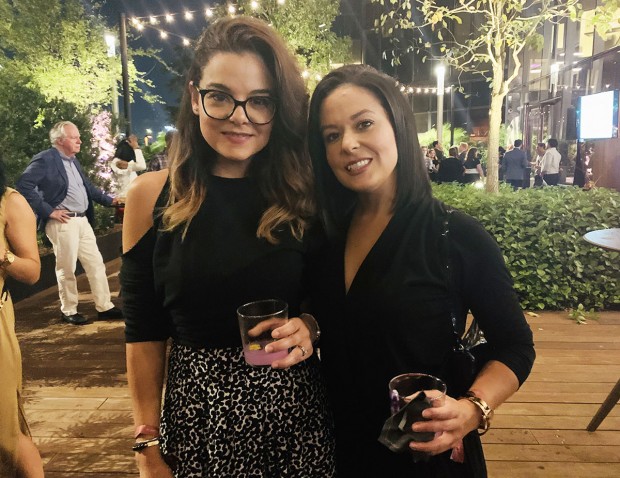 “It’s hip, it’s fun, and it’s inviting,” guest Claudia Powell said of the hotel. “And this drink is amazing,” she said, referring to the “Dalai Mama,” a lavender-colored cocktail with Wheatley Vodka, St-Germaine, Butterfly Pea Flower and Citrus.

“I’m definitely looking forward to after-work happy hours and maybe some work lunches over here,” added Terrika Duckett, who works in the Allen Center, the mixed-use skyscraper that includes the hotel building at 400 Dallas. Terrika said she remembers when the hotel was a DoubleTree by Hilton and that the transformation into a Curio Collection property has made it a more attractive space. “You can see that it’s a lot more modern and cosmopolitan, and I love the greenery out front.” 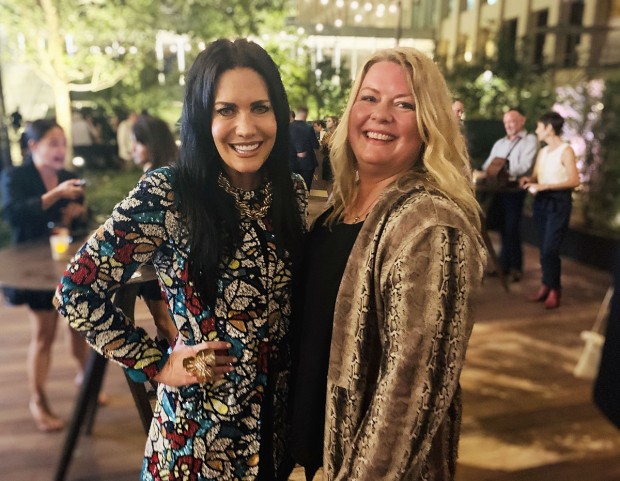 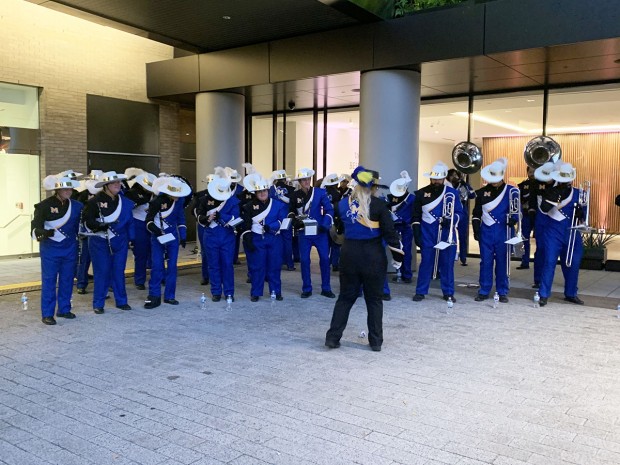 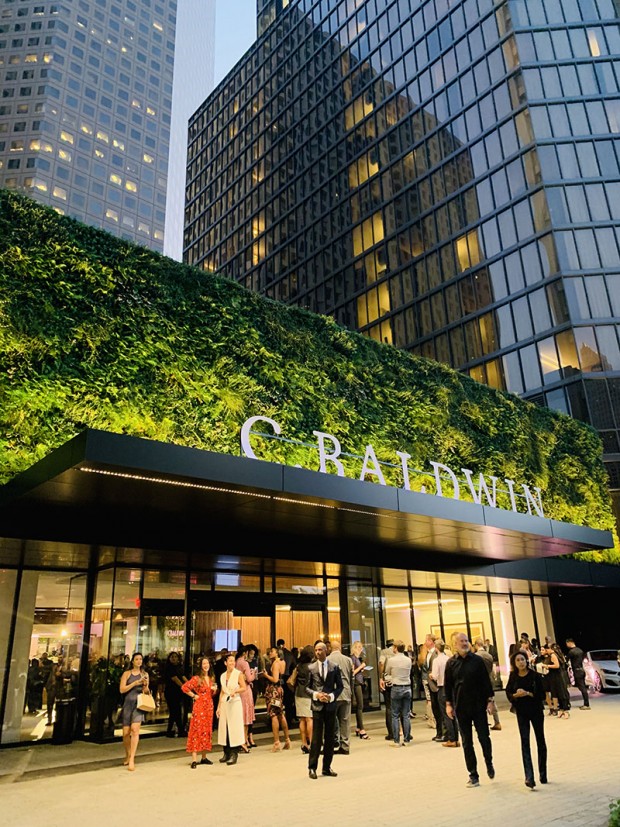 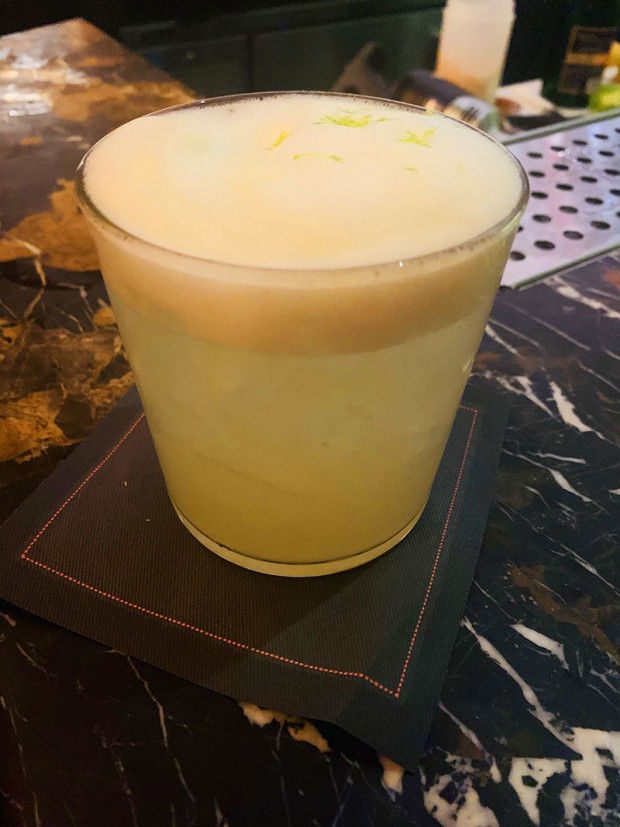 The bar at Rosalie Italian Soul was serving up unique cocktails, such as this Salt Air Margarita made with Maestro Dobel Diamante Tequila, Triple Sec, Lime and Salt Air. (Photo: Pooja Salhotra) 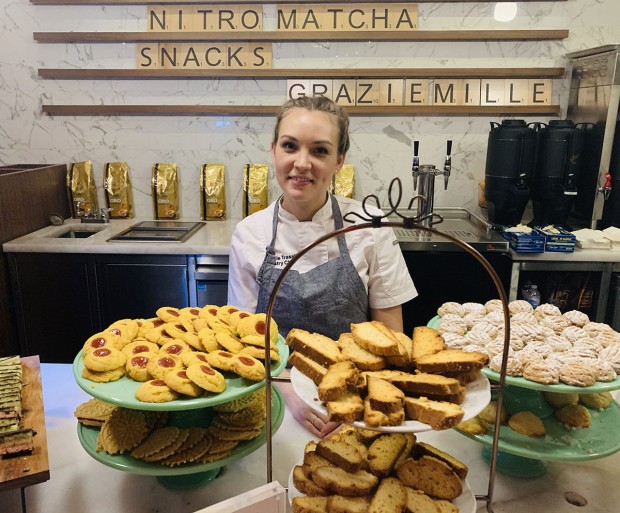 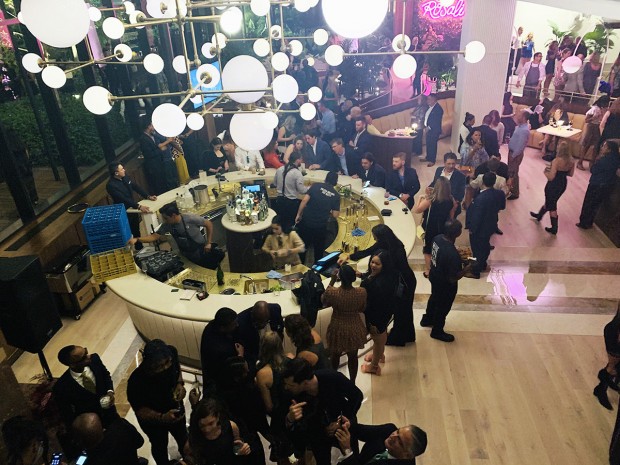 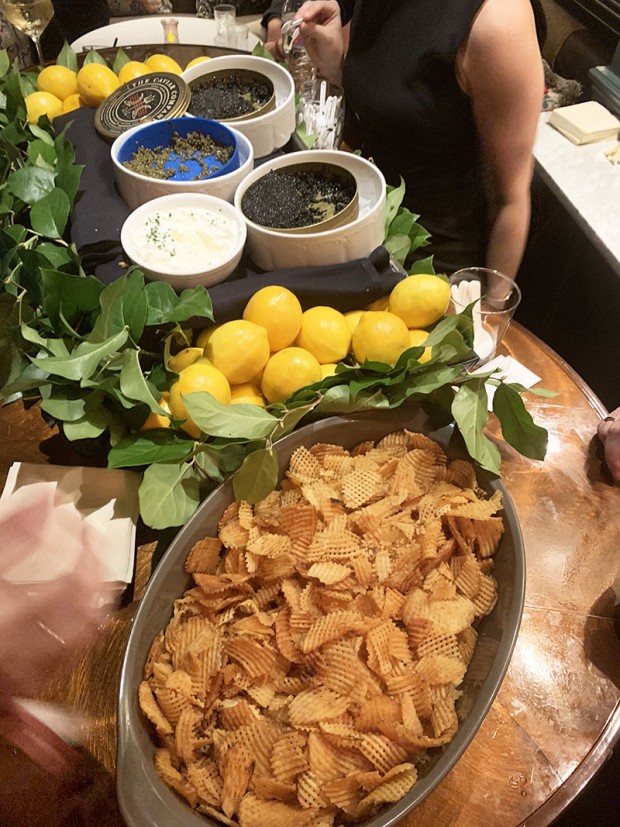 The Caviar Co. was serving up an indulgent range of caviar at the opening party. (Photo: Pooja Salhotra)