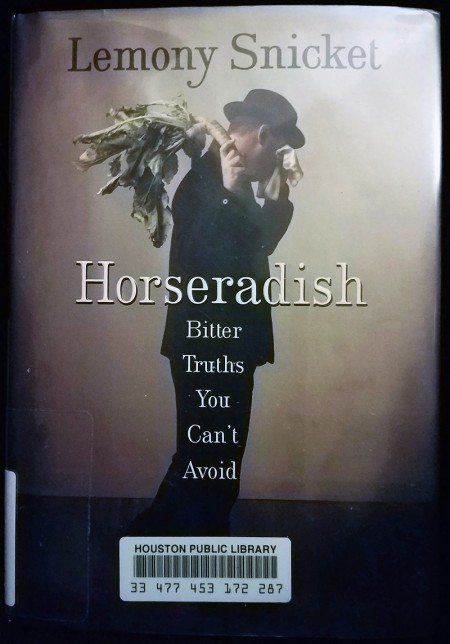 As our temperatures drop and daylight hours fade, these short literary works should leave one pensive and entertained. Crisp and reflective in their overture, the writings by Lemony Snicket and Ursula K. Le Guin are a wonderful introduction to their works and to their much longer stories.

Lemony Snicket's Horseradish: Bitter Truths You Can’t Avoid is a brief collection of wry observations of living, as seen through the eyes of Lemony Snicket. Conveying a sometimes bleak and disorienting turns that a life can take, Horseradish breaks into 13 sections covering some of the more common experiences to living, such as home life and work. As a guide to how to exist, it is one of dark and delightful humor. Or, as Lemony Snicket has said, “Life is a turbulent journey, fraught with confusion, heartbreak and inconvenience. This book will not help.” Dry and utterly amusing, I could not agree more. 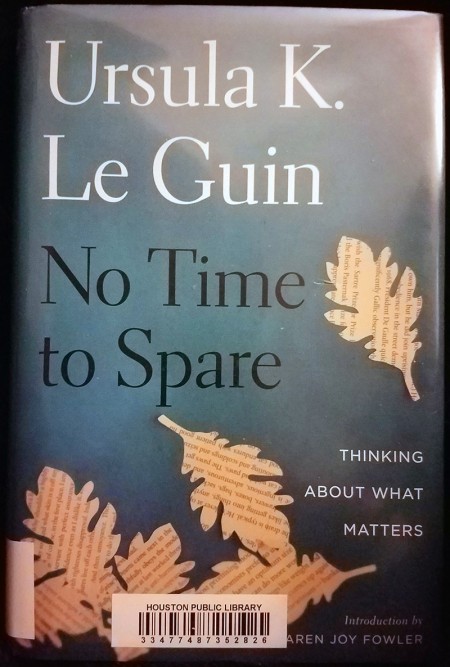 No Time to Spare: Thinking About What Matters by Ursula K. Le Guin

No Time to Spare: Thinking About What Matters by Ursula K. Le Guin is the last collection of nonfiction writing by the author of fantasy classics such as The Dispossessed and Lavinia. A prolific writer, the essays collected here, divided into four parts, cover the last decade of her work. No Time to Spare finds Mrs. Le Guin discussing a variety of topics such as living into old age, choosing a new feline companion, and responding to kids' letters. In between these reflections, are her musings on her cat, Pard, and his adventures. Written with the same clean and clear prose as her fictional works, No Time to Spare, as proof, provides the best argument as to why great literature matters and should be shared far and widely as possible.