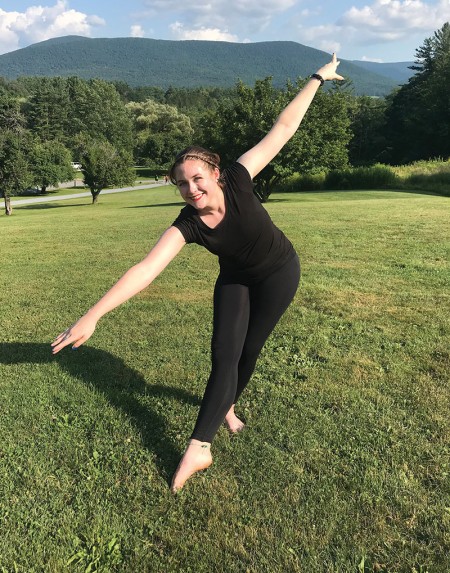 The first thing I heard about ArtsBridge was, “It’s not a summer camp, it’s a program.” Before I attended the program this summer, I thought the woman in charge was just trying to make her nonprofit sound more appealing, but after completing the month of rollercoaster dialogue groups, art classes that were full of emotions, and nighttime conversations with my roommates, I fully understand that ArtsBridge is not your typical summer camp.

I first heard about the program from the head of my school, Xavier Educational Academy. He knew that I was very invested in my school’s dance classes and had recently started pointe work in ballet. He thought I would be a perfect candidate for the program. So I applied. I had no idea what I was getting into.

From the moment I arrived in Williamstown, Mass., I knew this was not what I expected. Once all the students from America, Sri Lanka, Israel and Palestine arrived, the days were nonstop. I learned more in these three weeks about myself and the world than I had in the previous 17 years of my life. I learned how to have a productive conversation, why different people believed what they believed, and what life is like in different countries.

The dialogues were hard. Subjects like the Palestine-Israel conflict, racism, LQBTQ+ rights, gun control and the military often came up, followed by deeply personal stories. Art classes challenged you to think about yourself and learn how to work as a team to complete a project.

There are many things that I will never forget, but the one thing that really stands out from our dialogues is a phrase spoken by a girl from the West Bank. “I don’t need war, I don’t need peace, I just want justice.” I cannot believe that those words came out of a 17 year old’s mouth. Everyone there understood that we inherited the former generations’ conflicts, but we are working towards a hopeful world.