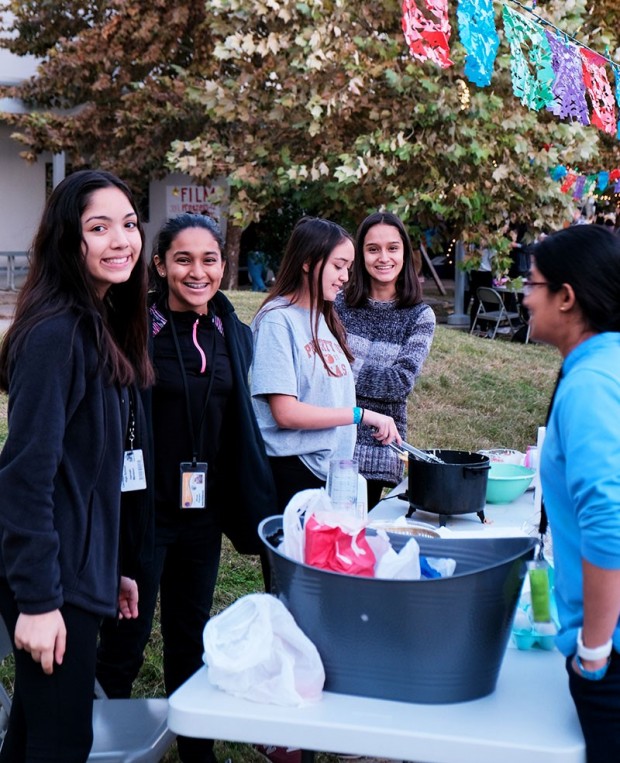 In the late fall evening, while the streets and hubbub of the downtown area are beginning to quiet down, the entrance towards Carnegie Vanguard High School remains bright and active.

Chatter surrounds the tall entrance lobby as a crowd of people wait to gain entry. As the doors open, a wave of students and visitors march towards the destination of the evening. Decorated in bright colors and surrounded by ambient chatter and music, the night of festivities begins.

On Nov. 15, Carnegie’s Interact Rotary Club hosted its 8th annual international Festival, known more affectionately as iFest. This year, the goal was ambitious: to raise $15,000 to enhance the education of students in Puerto Rico. Michelle Ngyuen, president of the Interact Club,  explains that “[the reason] we chose Puerto Rico, is because of the educational disparity that can be found there. Only 3 percent of students reach passing for a state math exam. They’re students, just like us, who struggle everyday to get a proper education, which is something  [students at Carnegie] have never had to deal with. We have the privilege of educational security ...they [students in Puerto Rico] don’t.”

Though it was a high number, the goal wasn’t far fetched. Last year, Carnegie’s iFest raised over $14,000 to the same cause. This year, Michelle hopes to reach Interact’s goal by a landslide. “This year, we have been graciously sponsored by the Rotary Club of Houston Skyline,” she says, “so every donation made will be matched at a 3:1 ratio...it’s an amazing opportunity for us and the people we’re helping.” 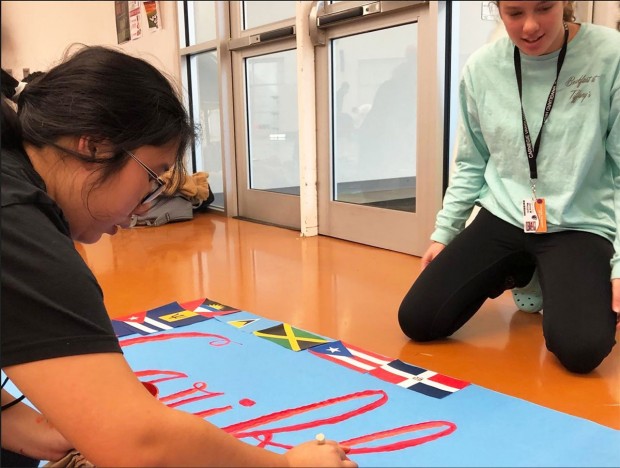 Of course, no single person can ever pull off such a gargantuan task as iFest without help.

Interact is Carnegie’s largest club, boasting over 150 members. Even in the largest classroom at Carnegie Vanguard, members still struggle to cram in for meetings. It is not uncommon for officers to have to pause every now and then, as students settle down their antsy talking.

The day of iFest was made up of a frenzy of activity, as student organizers and coordinators all tried to settle last minute issues, all while sitting in class. “Keep one eye on the inbox count, and another on the board,” Camille Abaya, head of the Communications Committee, advised me. In the mere two hours between the dismissal bell and gates opening for festival goers, tables were put up, banners hung, and photo booths set up. The once plain looking cantine was transformed into an auditorium lined with food stands and activities, with the center stage cleared for visitors to wander to and fro. 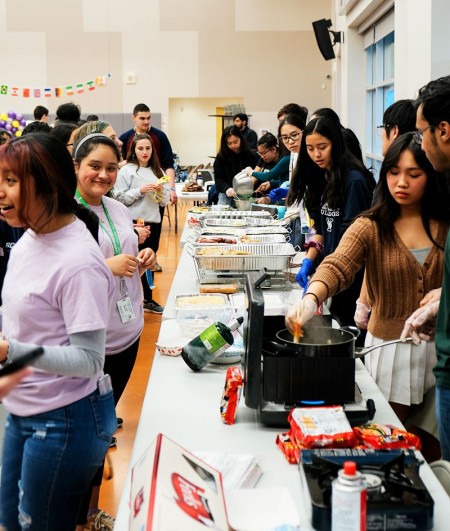 Inside, a plethora of food stalls lined the perimeter of the cafeteria. Throughout the night, Interact members rotated through shifts, running these stalls.

No doubt, the festival was as much a flurry of activities as the preparations was. A loud buzz of conversations persisted, as parents, friends, and families walked around, doing anything from eating an authentic Belgian waffle at the European stand to getting a henna tattoo at the South Asian stand. Towards the end of the night, as stands began to close down, visitors sat down along the edges of the room to be wowed by the various performances put on by organizations such as Dance of Asian America, the University of Houston’s WuShu KungFu Club, and Debakey High School’s Desi Cultural Club.

In the end, the Interact club raised over $14,000. Later this year, a select group of Interact members plan to visit Puerto Rico with the school Carnegie’s Interact sponsors. “It’s an amazing feeling to see the work you do pay off. Last year, we went [to Puerto Rico] and it was an amazing experience. This year, especially with our Rotary sponsor, I hope we can bring more people. It’s important to see the hard work pay off," said Michelle. Combined with the Rotary sponsor, this years iFest raised about $19,000. All proceeds will be going towards educational funds in Puerto Rico.

10:00 am to 5:00 pm
Location:
The Houston Design Center
END_OF_DOCUMENT_TOKEN_TO_BE_REPLACED