Election Day 2019: Teens Helping Get Out the Vote 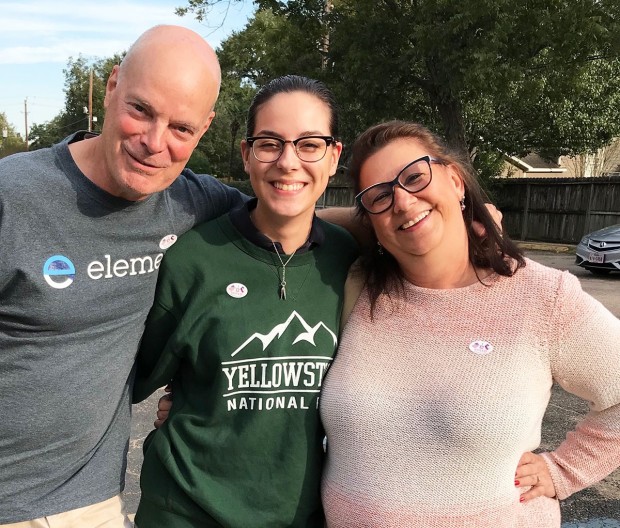 After turning 18 in October, Angela Yokley (middle), a senior at Lamar High School, voted in the 2019 municipal elections with her parents Phil and Pam.

While many of us spent our teenage years worrying about high school drama and our SAT scores, some Buzz-area teens are thinking bigger: politics.

Though she’s too young to cast a ballot herself, Ariya Selvakumar, 17, plans to leave school early to work at a nearby polling location on Election Day, Tuesday, Nov. 5. Ariya is one of hundreds of Buzz-area high school students who are engaging politically - volunteering on local campaigns, working at polling places or writing letters to local representatives, even if they are too young to vote.

“I’ve been block walking, I’ve been phone banking, and I’ve been working the polls,” said Megha Neelapu, 17, a senior at Kinkaid. “I think it’s good to get involved when you’re young because it makes you a more responsible citizen when you’re able to vote.”

Megha, a Bellaire resident, says her interest in politics stems from an innate desire to help people. Whether it was holding a bake sale to raise money for a nonprofit or advocating to make her school’s dress code more fair, Megha has always been engaged with her community. When she started following politics in seventh grade and then volunteered on a U.S. congressional race as a freshman in high school, she realized her passion for politics. “I didn’t know what I wanted to do before, but once I started following politics, I realized this is the path I want to be on.”

This week, Megha led a phone banking effort at Kinkaid. As a volunteer on a candidate’s campaign for Houston City Council, she recruited her classmates to make calls to potential voters, telling them where they could vote on Election Day.

Turnout for municipal elections in Houston has historically been low. Only 27 percent of registered Houston voters cast ballots for mayor and city council members in 2015, and this represents only about 15 percent of voting-age Houstonians.

“A lot of people think that just because it’s local, it doesn’t have the same impact as a national election and shouldn’t be taken as seriously,” says Ariya, a senior at the Kinder High School for Performing and Visual Arts. “That’s a total misconception. Local elections ultimately affect how we live.”

Ariya credits her AP US Government and Politics teacher, Morgan Krueger-Miller, with inspiring her own political engagement.

“This year I’ve seen a total increase in my political engagement,” she says. “[Mr. Krueger-Miller] is an amazing teacher who pushes us to volunteer and apply ourselves in the political world just as we do in other realms.”

In Harris County, students who are 16 or older can request an excused absence to serve as a volunteer at the polls, as Ariya is doing. And by state law, public high schools in Texas are required to offer students the chance to register to vote twice a year. “We have to do it, but it’s also a fun 18-year-old birthday present when I can hand a voter registration card to a kid on their birthday,” says Morgan Krueger-Miller.

Angela Yokley, a senior at Lamar High School, turned 18 in October and is excited to vote for the first time this year. She’s also been working with school administration to register fellow classmates who are old enough to vote. 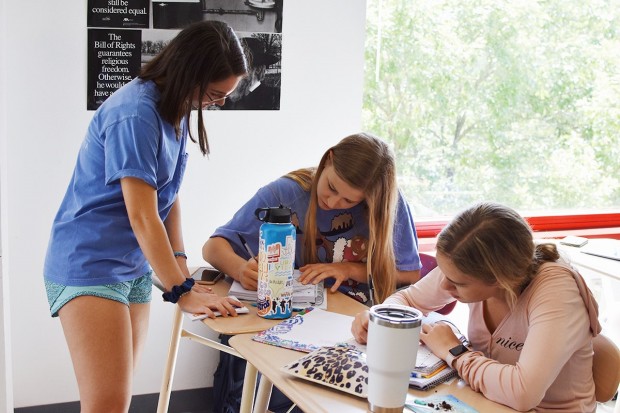 At Bellaire High School, meanwhile, senior Lucy Ding, 17, has been helping with voter registration drives, and she even helped host two debates between Houston City Council candidates. Last year, Lucy worked as a Chinese translator at the polls.

If you’re a registered voter in Harris County, read on for information on how to vote this year.

Where do you vote?
This year, Harris County registered voters can vote at any of the more than 700 polling locations. Click here to find the location closest to you.

What do you need to vote?
Bring any of these forms of accepted identification (including Texas Driver License and Passport).