Putting the Team in STEAM 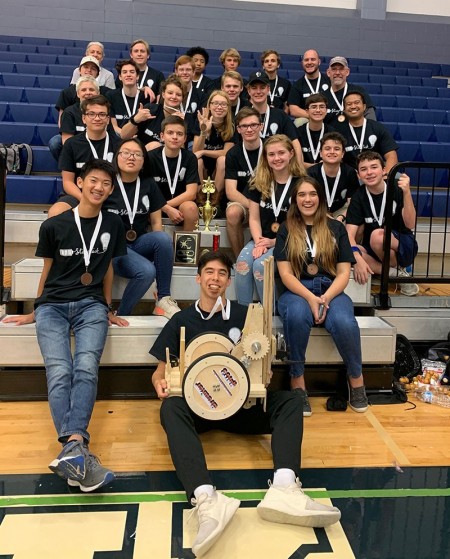 StangTech, the Houston Christian High School robotics team, is a hardworking and individualistic team of scholars and leaders, who work together to build a robot and business plan to solve a modern-day problem. StangTech competes in the local BEST Robotics Hub competition and if they qualify, as they have in the past, they move on to a Regional Competition.  This competition involves the most outstanding teams from across the Southwest.

The competition is judged based on many categories and aspects of the STEAM fields. Science, technology, engineering and math principles are used by the robot builders and the programmers. The arts aspect includes a marketing team and the field and booth build team. The themes of the competitions are simulations based on real world problems that have recently been heavily weighing on our society. Last year’s competition, in which StangTech placed third overall, reflected the necessity to keep trash out of our oceans. This year’s theme is all about going off the grid and what would happen if we had no access to power, except for alternative energy sources. 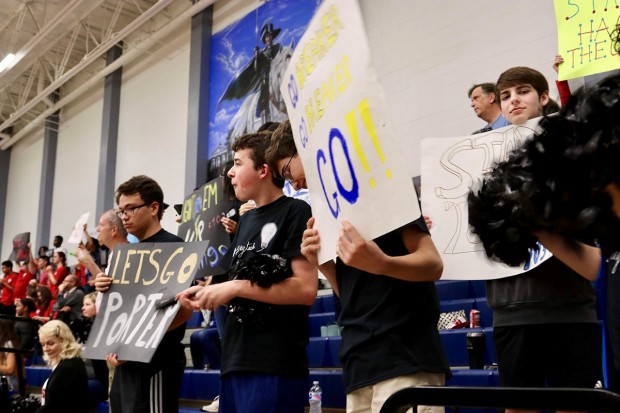 The team cheering on their robot in good spirits! (Photo: Sheryl King)

StangTech has roughly six weeks to build a robot and write a business plan that promotes the use of alternative energy. The robot build team works to build the robot, which also has to be specialized to complete certain tasks such as clearing debris, hanging power lines, and installing transformers and conduit pipes. The programming team brings to life the brain of the robot so that it can complete the tasks at hand. They also develop games and apps for use by the marketing team in the booth and presentation. The field build team works to build a practice field for the robot, close to the same one used in the actual competition. They also work on building the framework and interior of the marketing booth, so that the marketing team can decorate and design according to the theme and business plan. The marketing team comes up with the t-shirts, booth decorations and handouts, business presentation, keeping up the social media, and a community outreach program. Since the competition this year revolves around power, StangTech hosted an old electronics drive at Houston Christian, which gained them multiple materials to use for the booth. 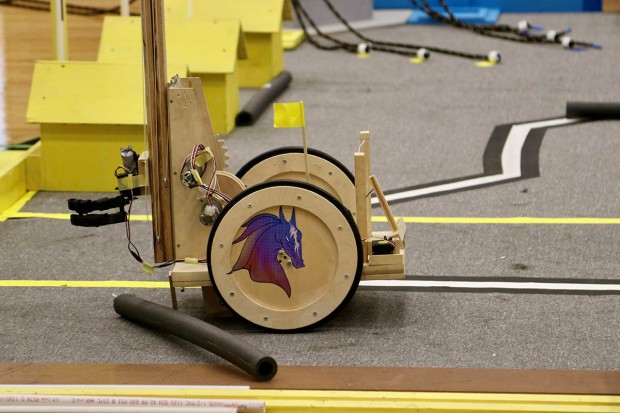 StangTech’s members come from a wide variety of kids in the school. While they all are involved in the robotics team, a majority of members also participate in band, choir, orchestra, drill team, theatre, or athletics. At Houston Christian High School, faculty members put emphasis on being able to “do it all.” The robotics team heavily reflects the students’ wide range of interests, for instance, the lead in all of the performing arts shows is in charge of the digital drawing of the robot and its aspects. The student who earned a place in the NASA Scholar program is in charge of the engineering notebook, which documents all that StangTech accomplishes throughout the 6 weeks. StangTech members act as representatives from each circle in the school, with robotics as the unifying factor.

So far this year, StangTech received at the Hub level 3rd Overall, and they will be moving forward to their regional competition in December. Interested in seeing the StangTech team in action? Follow @hcstangtech on Instagram, and check back for updates on how this year’s competition is going.