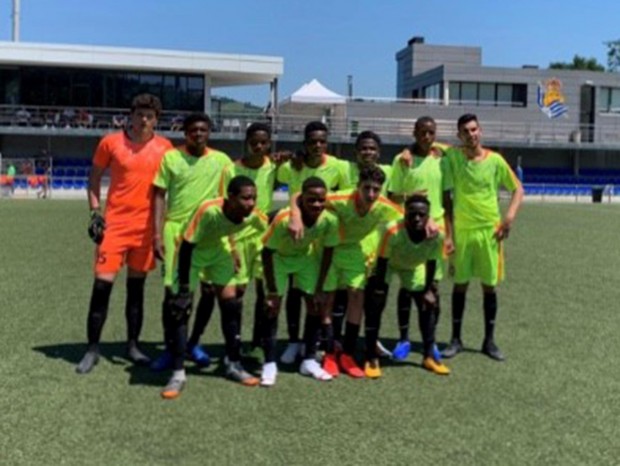 Greyson Brewer played with the Nigerian National team at the Zubieta, the Real Sociedad training facility.

Many students at St. Thomas’ Episcopal travelled stateside or abroad this past summer, but Greyson Brewer, a senior at St. Thomas’, took part in a summer-long adventure to play soccer with Real Sociedad’s youth team in Spain. During the school year, Greyson plays with STE’s Varsity soccer team along with the Elite FC club team that gave him the opportunity to travel to Spain. Greyson commented, “The soccer training has definitely prepared me for the college level; the connections and friends I have made are invaluable.”

Greyson reports life in Spain is much different than life in Houston in many ways. One major difference are mealtimes in Spain. Because of their late lunch, dinner is not eaten until 9 p.m. in Spain, which was a major adjustment for Greyson. Meals also lasted several hours and ended at around 1 a.m. 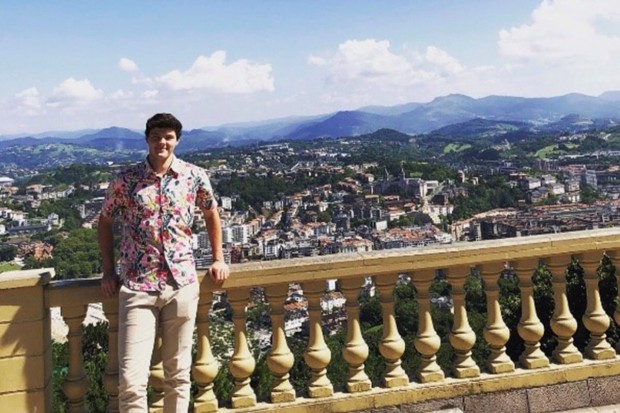 Another difference is the amount of walking that is typical for life in Spain. Even if the place they are traveling to is many miles away, walking is almost always an option because of the nice weather and safe environment. The language barrier was another challenge that Greyson faced. His friend, Wilberth Araujo, who went on the trip with him, spoke Spanish spoke Spanish fluently and helped Greyson out by acting as a translator. Although he never learned to speak Spanish, Greyson managed to get along with the Spanish he had picked up over the years and eventually learned to understand it. Greyson says that being on his own for seven weeks in a foreign country prepared him for college and for real life.

Greyson spent the majority of his trip in Donostia-San Sebastian, which is in the Basque region of Spain but also travelled to many other towns in Spain and in Southern France. He visited Bilbao, Pamplona, Irun, San Pedro, San Juan, Biarritz and Saint-Jean-De-Luz with his new friends. Along with traveling he also received the chance of guest-playing on the Nigerian national soccer team in the Donosti Cup, which is a popular international tournament in Spain. The trip was a once-in-a -lifetime opportunity for Greyson filled with great food, lasting friendships, and notable soccer training.