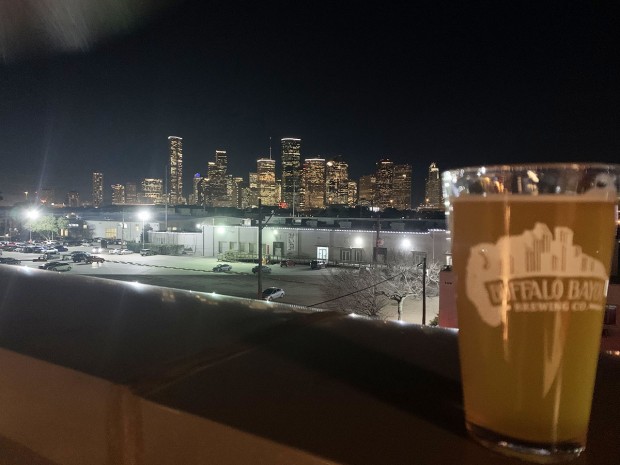 Whoever said Houston isn’t beautiful hasn’t seen the skyline views from the rooftop of Buff Brew.

The three-story facility at 2101 Summer Street opened its doors on Nov. 1 and has been a weekend hotspot ever since. At sunset, natural light reflects off of the glass showcasing Houston’s downtown skyline and offers a photo-worthy backdrop to a happy hour with friends. At night, the lights from downtown skyscrapers sparkle, offering a romantic vibe for couples enjoying bites and beer on a couch by one of the fire pits.

The new outpost – the second for Buffalo Bayou Brewing Co. – is truly a melting pot of experiences and people.

“If you were to sit here on a Saturday, from say 2–4 p.m., and just watch, you’d see the most diverse group of people come through,” says Damien Franco, the brewery’s marketing manager. “Millennials, gen X’ers, older people, people with families.” 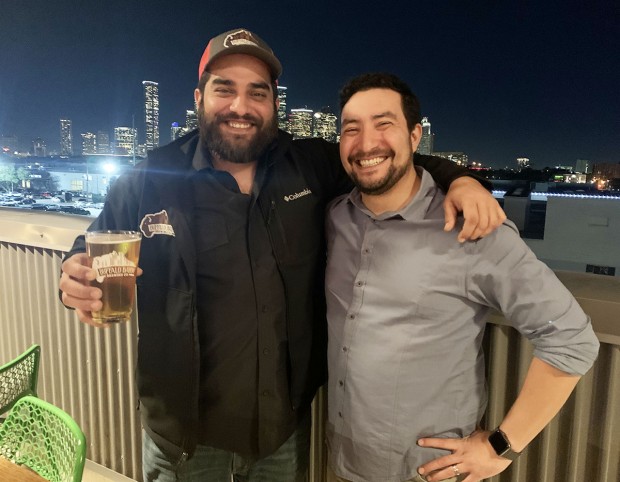 Each of the three floors has something different to offer. On the first, visitors are greeted by a cutout of the brewery’s mascot, a buffalo. Here, a sign tells visitors to “grab a beer as you walk in so you don’t die of thirst in the staircase.” Soon to come on the first floor – in the next two to three weeks, says Damien – is a dog-friendly patio with picnic tables.

The second floor is occupied by a full-service restaurant, led by executive chef Arash Kharat, who was previously the head chef at Beaver’s. In the top 30 percent of sales, says Arash, is the pizza. The dough goes through a 72-hour cold fermentation process, making for light and fluffy pizza that goes down well with beer. 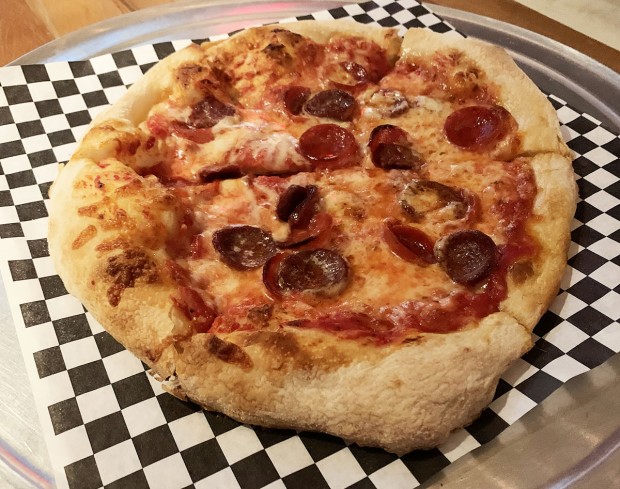 The pizza has been a hit at the new brewery. (Photo: Pooja Salhotra)

“You can eat the whole thing and are not going to feel full and want to go to sleep,” says Arash. “I always tell people, you go out somewhere, you each have one slice and you’re done because you’ve had beer too. These pizzas though, you can crush it.”

Also popular on the menu: the beet and goat cheese salad. “It’s in the top 30 percent of sellers. In a brewery. It’s nuts,” Arash said.

But perhaps this is to be expected, for Buffalo Bayou Brewery is anything but ordinary. Just take a look at what’s on tap.  When I visited, nothing I tried sounded like an ale I’d had before. There were flavors reminiscent of Thanksgiving, such as the Pecan Pie, Pumpkin Spice Latte and Joyful Almond, plus more fruity drinks like the Y’alloha – blond ale with mango, pineapple and passionfruit that, as Damian aptly said, “tastes like juice.” 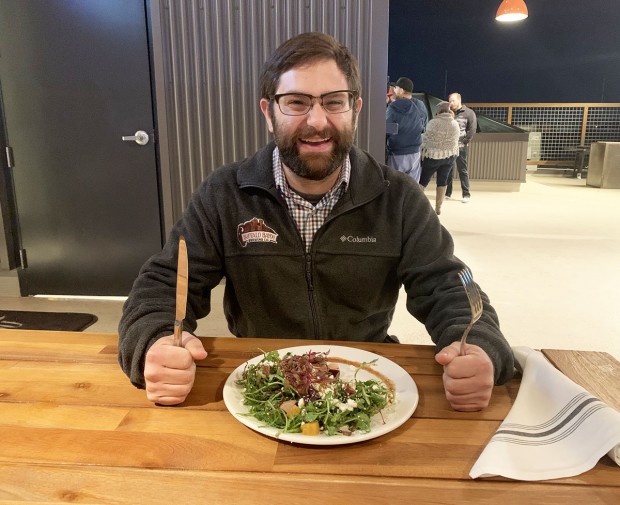 One month after the opening, the Buff Brew team seemed pleased with what they’ve created but eager for what’s still to come.

“This is just the beginning,” said Arash. “I think we are being very safe right now. It’s a good start, but we’re going to have a lot more fun.”