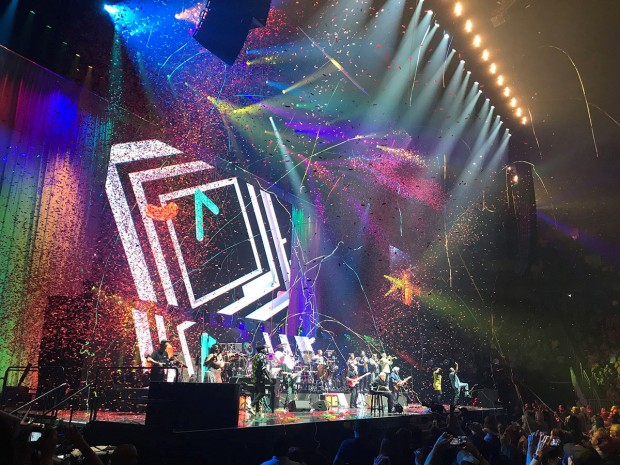 The holiday season is here! How is it already December!? Save yourself the stress of trying to keep yourself and your out-of-town guests occupied by checking out a live show this month. There’s plenty going on in the city, including a lot of ways to (musically!) celebrate the holiday season.

Dec. 4: The Hip Hop Nutcracker @ Smart Financial Centre
Experience the classic “Nutcracker” tale with a hip hop element. The play comes highly rated by The New York Times, and is only in town for one night.

Dec. 7: Kansas @ Smart Financial Centre
In a special tribute to their album “Point of Know Return,” Kansas will be performing the entire album in its entirety for the first time.

Dec. 7: Jonathan Van Ness @ Revention Center
Your favorite Queer Eye guy is touring for his first comedy show ever! The theme of the show is based on his love of figure skating and his “goal” of going to the Olympics in 2022.

Dec. 12: Andrea Bocelli @ Toyota Center
It has been three years since Bocelli has been in Houston, but he’s back with his beautiful voice! Some say he has the “world’s most romantic voice.”

Dec. 13: Il Divo @ Revention Music Center
Although this group needs no introduction, Il Divo is a four-man singing group with a fantastic sound. Perfect for beautiful holiday songs. They have an operatic sound that is truly stunning.

Dec. 13-14: The Houston Symphony - Very Merry Pops @ Jones Hall
This December, the Symphony is doing a Christmas-themed show in honor of the holidays. We have been promised all the classics!

Dec. 15: Cher @ Toyota Center
Cher’s “Here We Go Again” tour is currently receiving rave reviews. The show promises to include ABBA songs from her recent Dancing Queen album. Each ticket comes with a digital copy of the album, too!

Dec. 18: Robert Earl Keen @ House of Blues
REK is doing a Christmas-themed show, called Countdown to Christmas. The word on the street is that the show also pays homage to the 50th anniversary of the moon landing with a lunar-themed show and songs. Seems fitting for Houston!

Dec. 21: Pentatonix @ Smart Financial Centre
Pentatonix is the young a capella group known for its cute renditions of Christmas songs and other non-Christmas classics (their cover of “Jolene” went viral). The acoustics will sound great at Smart Financial.

Dec. 22: Menorah Lighting @ City Hall
Celebrate the start of Hanukkah at City Hall with addresses from elected officials, music, dreidels, gelt, and more. All for free!

Dec. 26-27: Rudolph the Red-Nosed Reindeer: The Musical @ Jones Hall
A family-friendly show with adult and kid actors alike, this play features all your favorite Rudolph characters and sing-along songs based off the original 1964 movie.