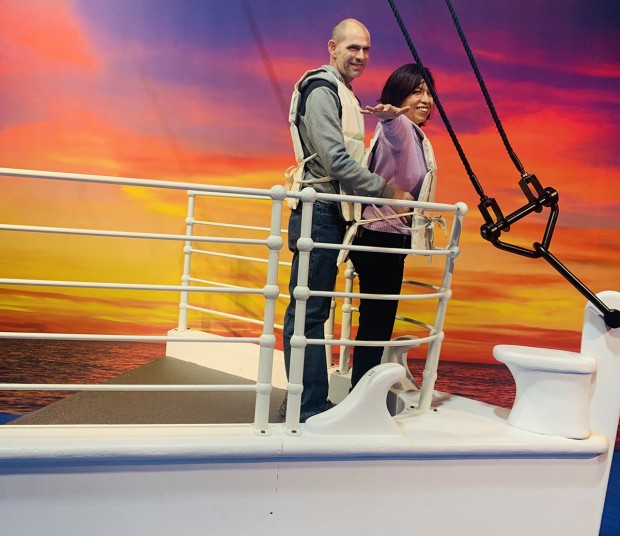 Most of us will never see ourselves on the big screen. But we can get pretty darn close at Movietopia, an interactive Hollywood wonderland that opened last month.

The pop-up exhibit sits in a 20,000-square-foot space in the Marq’E Entertainment Center (7620 Katy Fwy, Suite 360), the same space that housed Candytopia over the summer. Inside, guests can recreate scenes from classic films including Titanic, Forrest Gump and Indiana Jones. The experiential space came out of a partnership between Candytopia and Planet Hollywood, and it even features pieces from Planet Hollywood’s collection of movie memorabilia.

“We came here on a whim and are loving it,” said Trish Battle, who visited Movietopia with her three-year-old grandson, Joseph Peterka, this week. “Everyone is over-the-top nice and interactive.” She explained that staff in each of the rooms went out of their way to entertain Joseph. 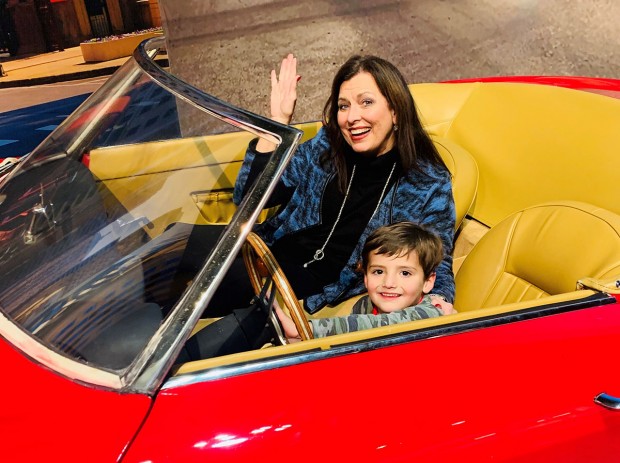 Trish Battle and her grandson Joseph Peterka enjoyed taking the red Ferrari from Ferris Bueller’s Day Off for a spin. (Photo: Pooja Salhotra)

Joseph particularly loved the Forrest Gump-themed room, which includes a large “shrimping boat” guests can jump into, similar to a ball pit. Other interactive activities include see-sawing in Bedrock, the prehistoric city home to The Flintstones; sliding down a shipwrecked Titanic; jumping into a pit of rubber snakes to recover the Golden Idol from Indiana Jones; and getting a pretend haircut from Edward Scissorhands.

Adorning the walls are famous movie quotes – words such as “Toto, I have a feeling we’re not in Kansas anymore,” (Dorothy, The Wizard of Oz) and “Life moves pretty fast, if you don’t stop and look around, you could miss it,” (Ferris, Ferris Bueller’s Day Off).

Between the interactive exhibits are dozens of glass cases with original costumes and props, labeled with fun facts about the films. For instance, a case displays a gown Kate Winslet wore in Titanic and includes a note that the actress suffered from hypothermia while shooting some of the scenes in the movie. 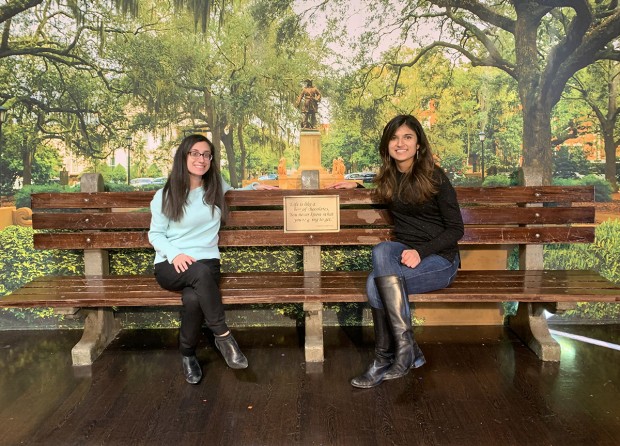 At Movietopia, guests have plenty of opportunities to take Instagram-worthy photos. It’s made even easier by a QR code guests are given to scan at designated cameras throughout the exhibit. Those photos are then sent immediately to the visitor’s email address.

When exiting Movietopia, guests walk through a gift shop. But if they aren’t interested in browsing, they can simply take a moment to reflect on the day’s adventures while sitting on the original bench used in Forrest Gump – where Tom Hanks, playing Forrest, famously declared, “Life is like a box of chocolates. You never know what you’re going to get.”

Houston is the first stop for Movietopia, which debuted on Nov. 2 and will remain open through Jan. 5.  Movietopia is open daily, 10 a.m.-5:30 p.m, but it will close at 2 p.m. on Christmas Eve and remain closed through Christmas Day. Tickets can be purchased online. Adult tickets are $20 and children are $15, and children three and under have free entry. 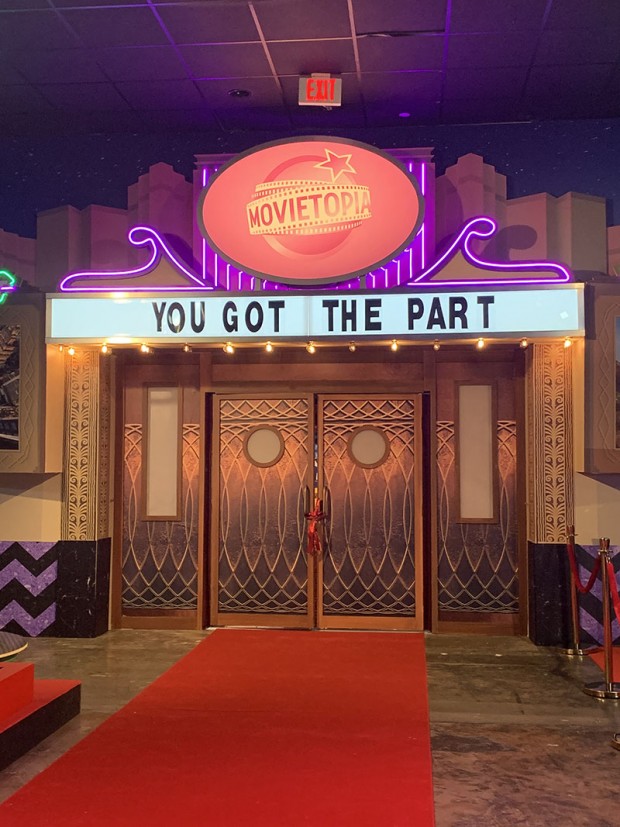 Movietopia, which debuted in Houston on Nov. 2 and will remain open through Jan. 5, takes visitors through a Hollywood wonderland. (Photo: Jordan Magaziner Steinfeld) 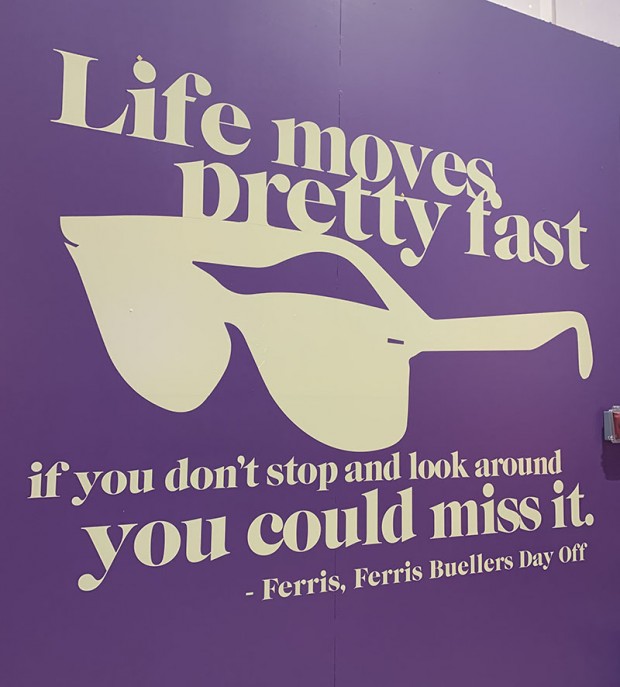 The walls at Movietopia are decorated with famous movie quotes including this one from Ferris Bueller’s Day Off. (Photo: Jordan Magaziner Steinfeld) 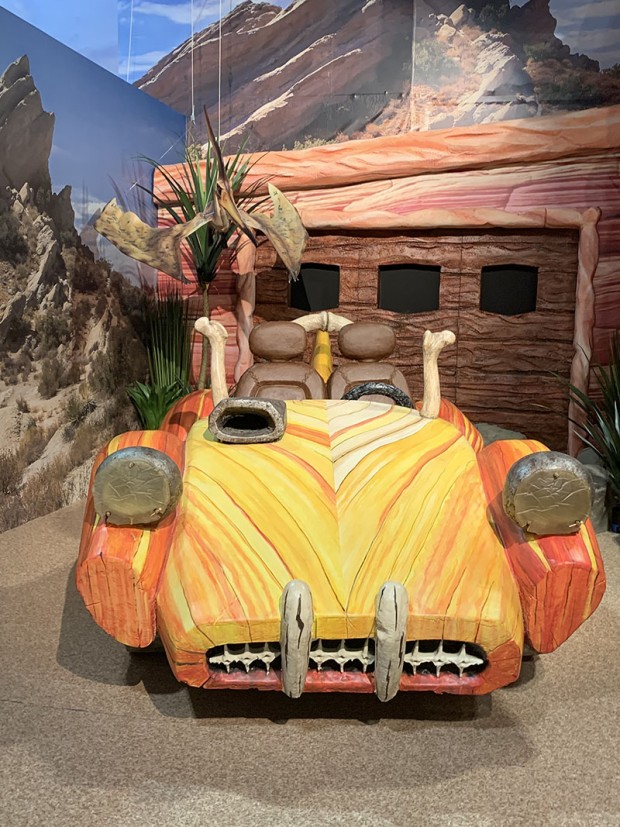 Movietopia guests have an opportunity to take photo in this Flintstones car while checking out Bedrock, the prehistoric city that was home of The Flintstones family. (Photo: Jordan Magaziner Steinfeld) 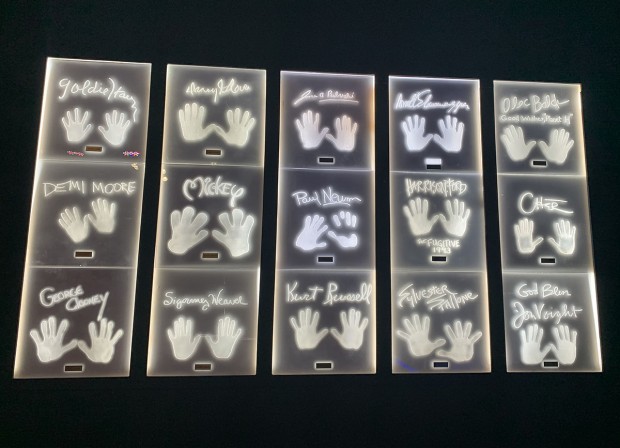 At the entry to Movietopia, visitors can view these handprints from Hollywood stars including George Clooney and Goldie Hawn. (Photo: Jordan Magaziner Steinfeld) 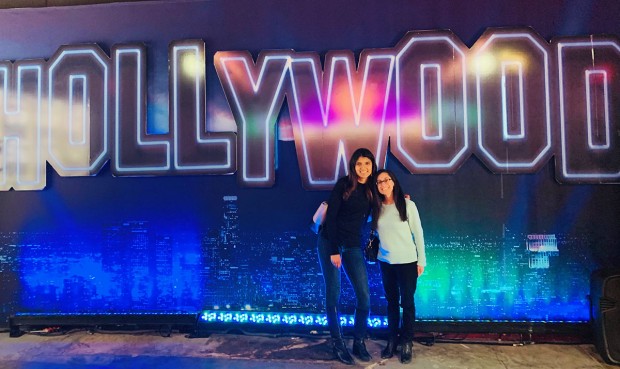 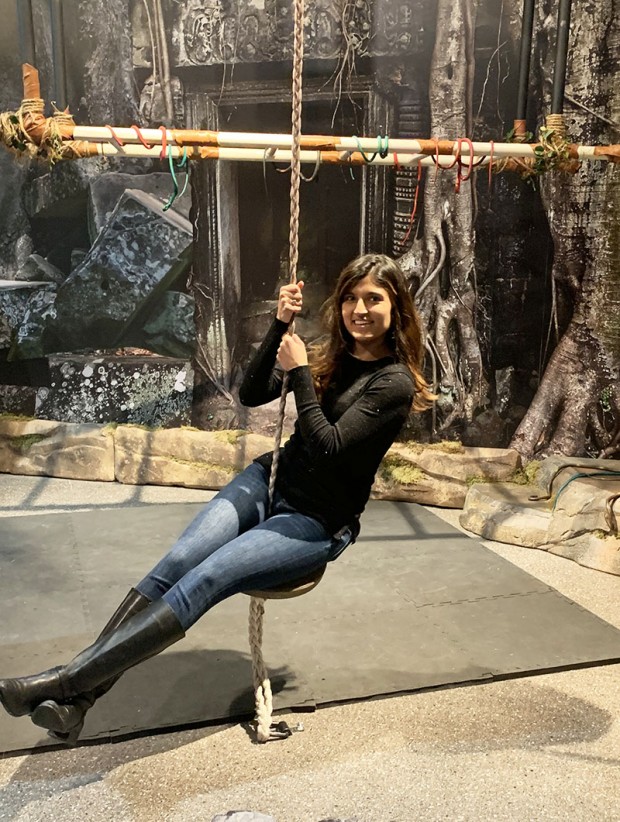