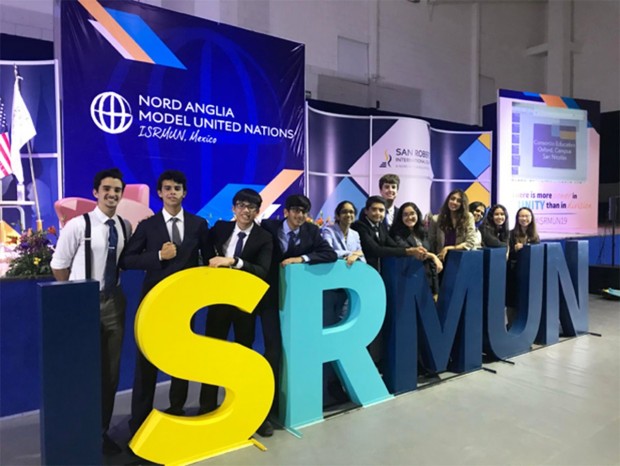 Model United Nations is a simulation of the United Nations, where students debate current global issues. For the conference, students had the opportunity to choose from twelve committees, ranging from The United Nations General Assembly (GA) to The United Nations Disarmament and International Security Committee (DISEC), where topics such as the use of asymmetric warfare by terrorist groups in Northern Africa and the elimination of disarmament of post-war landmines were debated.

“I chose to go on this trip because I've never been to Mexico before, and I thought it would be a great experience to explore Monterrey and also learn about MUN,” freshman Caroline Hsu said. “This was my first conference as well, and it was a great experience. I feel like I've changed as a speaker, as MUN definitely helps with your speaking skills. I believe this is a great experience for school because it will help improve my ability to think on my feet and improvise!”

Taking 12 delegates on the trip, The Village School MUN team returned to Houston with 7 individual accolades, including 2 Merit awards, 3 Distinction awards, and 3 Excellence awards. In addition to the awards, however, the students came away as more open-minded, learning to question the preconceived biases they are often exposed to.

“This trip has definitely changed me as both a person and a learner,” freshman Alexander Illacqua said. “[It] opened my eyes to how the world paints foreign countries with a clear and decisive label as to what should be expected of them. Mexico has long been portrayed as a land of hostility and danger, however, on our trip, we were able to experience and understand the natural beauty of the country as well as the benevolence of the people in a country that was portrayed to be otherwise.”

The Village School MUN advisor, Mina Petrolito, has also noticed this effect of exposure to foreign cultures on her students and understands the value behind the unique opportunity in traveling and participating in international MUN conferences.

“It is essential for our students to attend international conferences so that they are able to examine the bigger picture of how culture affects policy differences,” teacher Petrolito said. “In their intercultural communications, Village students unknowingly shed preconceived ...stereotypes. [Through Model United Nations, students] learn the realities of a country... [and] communicate [them] as effectively as possible with a goal of lasting policy changes.”

In addition to participating in the three-day conference, students had the opportunity to tour unique parts of Monterrey, Mexico, including La Huasteca Canyon, Grutas de García (Garcia Caves), and El Museo de Arte Contemporáneo de Monterrey (Museum of Contemporary Art in Monterrey). Visiting these sites helped students gain a greater cultural awareness and appreciation for the region itself.

“Being able to see some of the grittier parts of Monterrey that are not necessarily exposed to many tourists was quite revealing, as it allowed me to see what life was like in a country other than the United States,” Illacqua said. “Overall, a clear highlight of the trip was visiting a local market that sold many artisanal goods of the area. It was astonishing to see how entire families made their living selling goods in a shambled market along a major roadway: people making cornbread in cast iron pans over a fire, roasting lamb over a grill to serve at lunch, or even terracotta figurines." 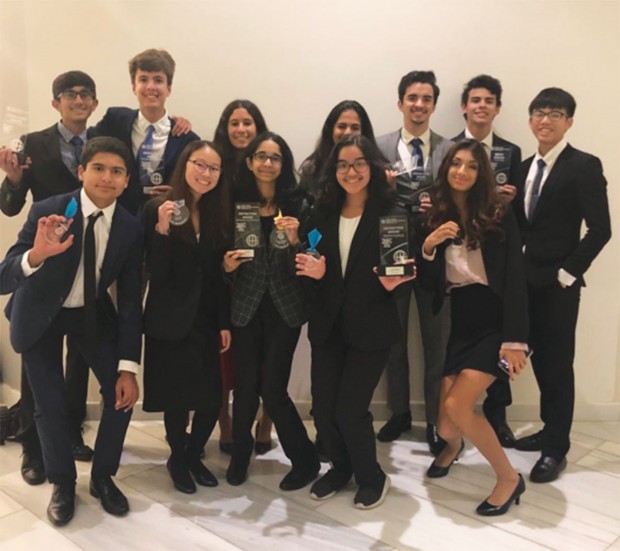