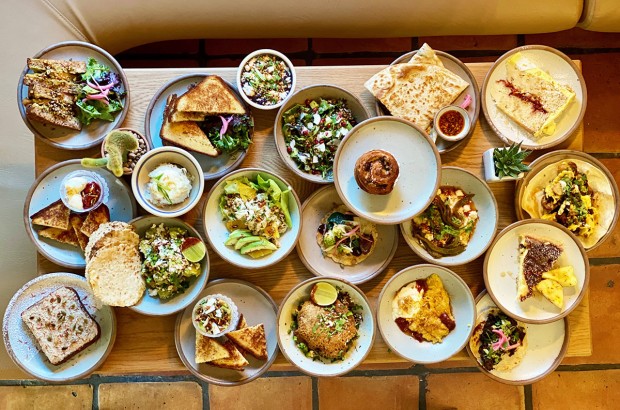 What started as a taco truck launched by two passionate foodies now includes an elevated brick-and-mortar in the heart of the West University neighborhood.

Named El Topo, the restaurant sits at 6119 Edloe St. and serves up breakfast tacos, healthy salads and indulgent baked goods in the space formerly housed by Pizza Motus. San Antonio-native Tony Luhrman first created El Topo in 2015 as a food truck with Mike Serva, who he met more than a decade ago while working at a P.F. Chang’s. The truck quickly gained a cult following among Houston foodies, with the joint’s most popular item being the Houston Taco – with 44 Farms beef barbacoa in a handmade tortilla. Now, the duo is excited to open an all-day café that doubles as a fast-casual spot by day and romantic date spot by night.

“We are trying to call ourselves new Western cuisine,” says Tony, whose work has spanned software, food and film. “The roots of Texas cooking are Mexican, Southern and Prairie – or frontier cooking – meaning cowboy cooking. That’s what we are trying to capture with whatever work we end up doing, for as long as we open restaurants.” 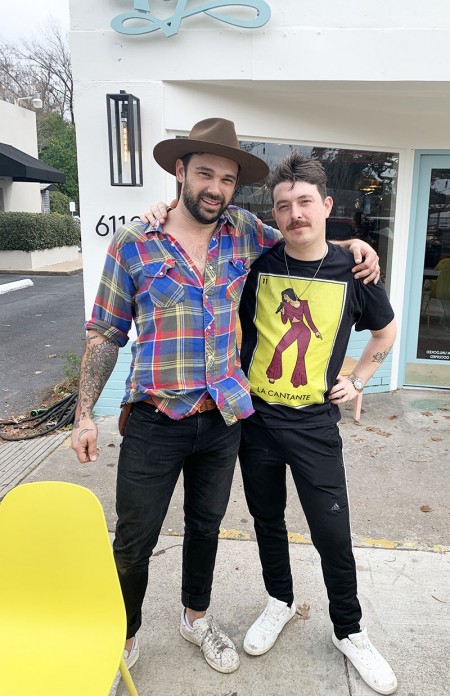 El Topo’s business took off at Urban Harvest, a farmer’s market that attracts vendors and consumers who, like Tony, appreciate fresh food that’s locally sourced. After two years there, El Topo had enough financial backing and security to consider opening a brick and mortar. When the spot on Edloe St. became available, Tony quickly scooped it up and went from signing a lease to holding the restaurant’s soft opening within three months.

The 1,800-square-foot-space feels simultaneously homey and deliberate. The walls are adorned with artwork by San Antonio based muralist Cruz Ortiz, and detailed light fixtures hang from the ceiling - lit-up during the day but dimmed at night to create a more intimate setting. On one side of the rectangular space is a wall-shelf with a row of cookbooks that Tony and Mike frequently reference. Even the bathrooms are thoughtfully decorated, with fun cowboy wallpaper and decorative plants.

“We wanted to create a place for people to have a no-brainer date night where everything will go perfectly,” says Tony. “That’s kind of how we decorated the space.”

In the back kitchen, the restaurant is implementing what Tony calls “old school” systems. For instance, they use a larder system, wherein all parts of a product are used to create components of dishes.

“If [a product] is not used right away, it’s packaged up in such a way that it can be preserved,” Tony says. “Let’s say we get a case of leeks in. The bottom part might be roasted and folded into our morning buns. The top part would usually be waste, but we smoke it in our smoker and blend it into a puree. That becomes a dressing that’s one of the best condiments you can make.” 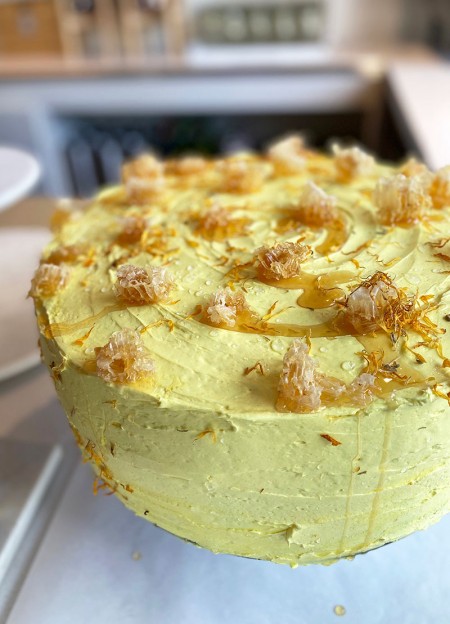 Tony says he was attracted to West University as a site for the restaurant, since so many residents of West U are already fans of the food truck. “We’ve catered to almost all the West U families at some point,” he says.

Even once the restaurant is fully up and running, the food truck will continue to operate, serving at Urban Harvest on Saturday mornings and operating for catering events as well.