Launching into the Future at Second Baptist 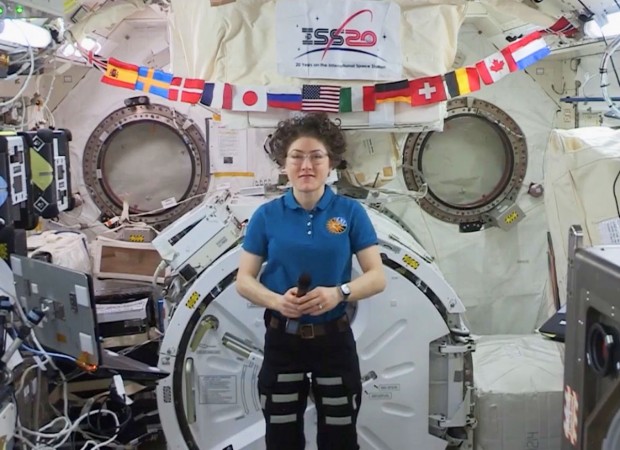 Embracing the spirit of the year 2020, Second Baptist School has exemplified a futuristic approach to education, stretching knowledge from the classroom all the way into space.

Few students can say that their accomplishments have traveled via spacecraft to the International Space Station. On Nov. 2, 2019, Second Baptist students joined the ranks of a handful of other students who have achieved this milestone. Piloted by AP Calculus teacher Erica Clark, AP Calculus AB students used their mathematical skills to create 3D printed material plates that were carried by the Northrop Grumman NG-12 Cygnus Cargo Spacecraft to the International Space Station in a mission entitled the Cygnus Mission.

Erica Clark said, “Students in the AP Calculus AB classes were asked to develop a three-dimensional design that maximized surface area to meet the required dimensions for a piece that would go on the outside of the International Space Station. I loved watching the groups work together to brainstorm, sketch and calculate the measurements. This assignment was very engaging because students were able to apply their classroom knowledge to a hands-on project that is actually being launched into space, which is an opportunity most people will never have.”

Additionally, on Dec. 13, the entirety of the Second Baptist School gathered for a NASA Inflight event, granting students and faculty the once-in-a-lifetime opportunity to speak face to face with astronaut Christina Koch while she was aboard the International Space Station - the very vessel where SBS students had conducted the Cygnus Mission just a month prior. The event featured notable alumnus Ted Cruz and Pastor Dr. Ed Young who both shared about the value of a Second Baptist education and its application in various outlets, from the political stage to outer space. Students from all grade levels were given the opportunity to ask Christina Koch questions about her experience as an astronaut and how her STEM education prepared her for her occupation.

When asked by second grader Oliver Cunningham who inspired her to go into space, Koch sentimentally divulged, “I think I was most inspired by the people around me who supported me: my parents who both majored in science, my grandmother in particular had just a really strong work ethic and instilled that in all of us, and then of course Sally Ride, the first American female in space, and seeing someone whose image reminded me of myself made me know that maybe that was something I could do too.”

Though STEM backgrounds have proven themselves to be increasingly lucrative within the past few decades, the value of a STEM education beyond professional prospects was not lost on the Second Baptist community nor astronaut Christina Koch. Illustrating that the value of her education surpasses far more than a job opportunity, Koch, when asked by third grader Ben Wiley how her perspective on life changed after being on the space station, expounded on the fact that through space exploration she has learned that “humans are more alike than we are different. We all need the same things in life and we all cling to the same [Earth] that sustains us all.”

As the cosmos become more accessible to humanity through technological advancements, Second Baptist has proven its willingness to step outside of the box and into outer space in order to provide the richest education possible for its students, not only for the purposes of enriching their understanding of mathematical or scientific concepts, but also to enrich their understanding of the indispensable links that unify all of humankind. Beginning in 2019 without an end in sight, Second Baptist’s intragalactic exploits demonstrate that the future begins today for all those willing to seize the opportunity.