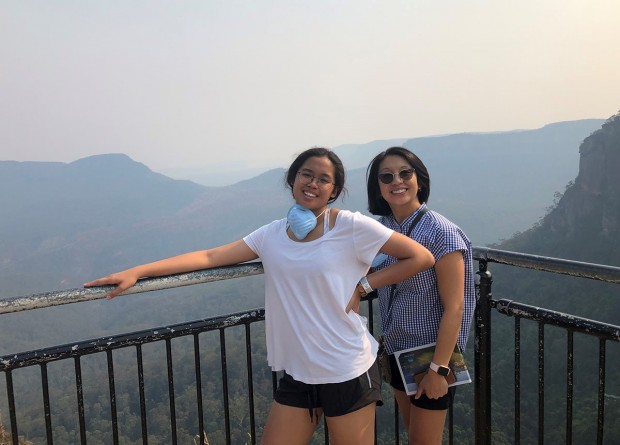 Maya and her mother Vicky upon arriving at the Blue Mountains. (Photo courtesy of Maya Estrera)

Kangaroos, a didgeridoo, and vegemite might come to mind when you hear “Australia;” however, Maya Estrera’s journey to the land down under was anything but conventional.

Maya had no intention of traveling to Australia, but her parents were awarded two tickets for a trip to either Asia or Australia in an auction sponsored by the Asia Society. Ultimately, her parents decided on Australia and purchased tickets for Maya and her two brothers on Dec. 20.

When Dec. 20 arrived, the Estrera family prepared for their 17.5-hour flight to Sydney, Australia. Their trip coincided with Christmas, but it was not exactly the traditional morning of opening presents she was used to.

“I was excited to experience Christmas somewhere other than my home,” she said. “Instead of presents, that morning, my family and I had a rather relaxed morning visiting the Royal Botanic Gardens.” 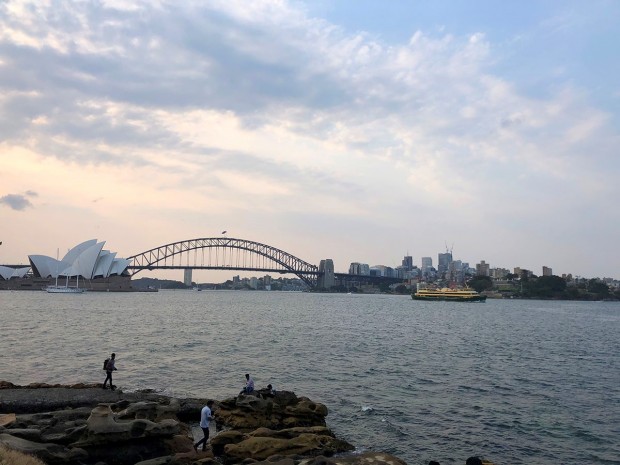 As the vacation progressed, the Estrera family jam-packed many thrilling activities into each day, including climbing the Sydney Harbour Bridge, visiting the Taronga Zoo, Bondi Beach, the Sydney Fish Market, the Sydney Opera House and spending a few days in the Blue Mountains.

“Staying in the Blue Mountains was amazing,” Maya said. “I had never done anything like it before, but we were in Australia...we had to make the most of our trip.”

Unfortunately, all of the excitement and family adventures were cut short when the devastating bushfires began. Maya mentioned that because her parents are both scientists and doctors, they were cautious of the particles floating around and the air quality; her family was given face
masks to protect themselves from the mass amounts of smoke. 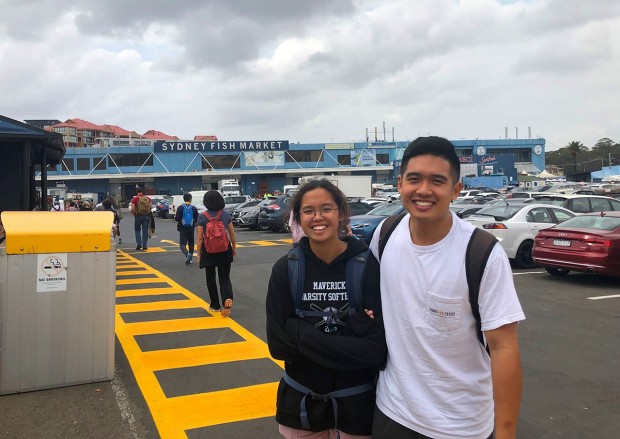 Maya and her brother Gregory (SJS class of ’17) pose for a photo at the Sydney Fish Market. (Photo courtesy of Maya Estrera)

“I almost feel guilty for being in Australia on vacation...” she said. “I was having a great time while these homes, forests, and animals were burning not too far away.”

The Estrera family were able to leave Australia just before New Years, when the bushfires started to get worse. Maya and her family plan to donate to the Australian Red Cross to aid those who have been affected by the ongoing fires.

Despite a rather upsetting end to her vacation, Maya will never forget her trip to Australia; she said she will miss the delectable food she tried, the hospitality from the locals, and the spectacular views.