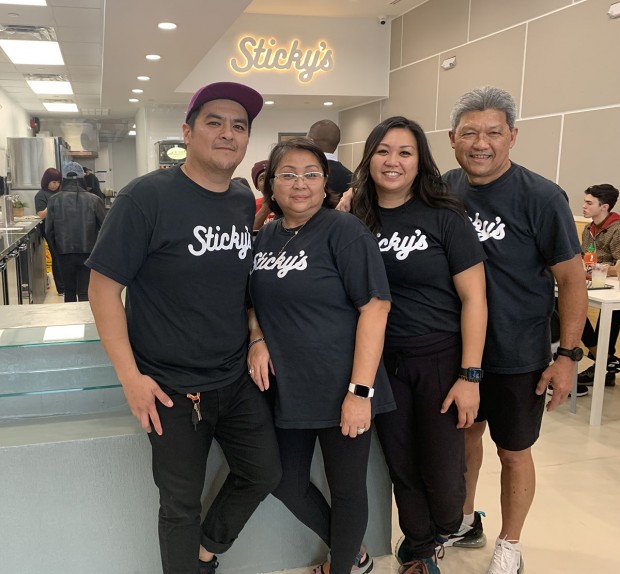 It all started with a sauce.

Two decades ago, Patsy Vivares told her dad Ceferino Vivares that he needed to try the chicken wings at a new restaurant in town – BW3, now called Buffalo Wild Wings. Ceferino tried the wings, then declared, “I can do it better.”

True to his word, Ceferino got to work and created the sticky sauce that became the foundation of Sticky’s Chicken, a food truck Ceferino’s two children, Patsy and her younger brother Benson, launched in 2014. This weekend, after a one-month soft opening period, Sticky’s Chicken is holding the grand opening for its first brick-and-mortar location in Sawyer Yards (2313 Edwards St.).

“We had no expectations at the start,” says Patsy. “If anything, there was a moment when we were launching the food truck that I panicked. I said ‘Dad, how are we going to do this? We will need at least 50 customers a day to survive. What if people get tired of the food?’” 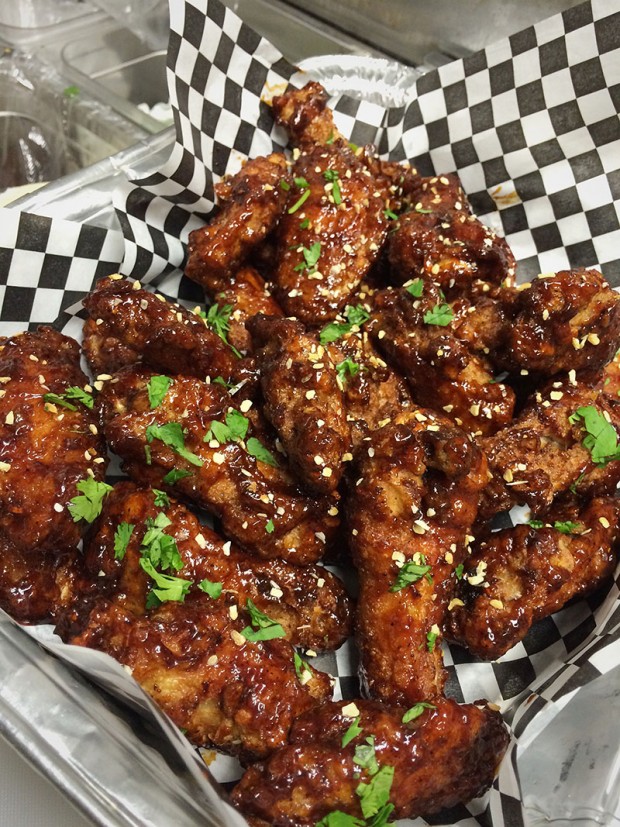 But, if anything, customers were begging for more of that garlic-flavored savory sauce, asking the Vivareses when they would open a brick-and-mortar.

When they first started the food truck, the Vivareses had no restaurant experience or connections in the Houston food scene. Benson had been about to get laid off from his job at the post office when he decided he wanted to launch the food truck. “He said ‘I need to do something with my life. Let’s just try this truck and see what happens,’” Patsy recalls.

Patsy, who had recently left a job as a nurse staffing recruiter, decided to join her brother in the operation. They took out a loan and bought a Fed-Ex truck that the siblings converted into the food truck. 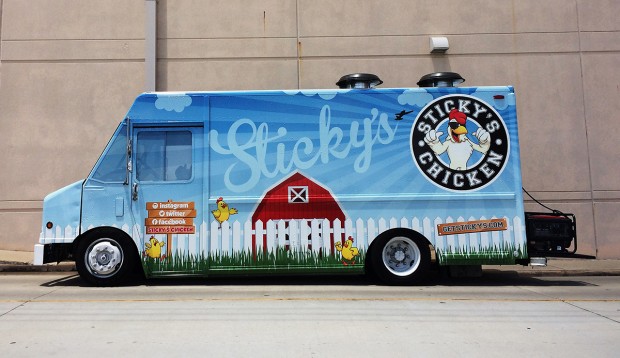 The food truck found greater success than anticipated, finding weekly residence at McIntyre’s in the Heights and even gaining traction among celebrities. Notable customers include hip hop legend Bun B, Wiz Khalifa and Houston Texans star DeAndre Hopkins. Still, the siblings wanted to take their time with expanding the business.

“It’s kind of our baby, and we didn’t know where it was going to go, so we waited,” Patsy says.

When they finally decided to open a restaurant, the Vivares siblings teamed up with long-time friends from Orange County, Calif., Chef Michael Pham (Shomi Noods, Hottie’s Fried Chicken), Andy Nguyen and Tuan Bui, who together bring a range of industry experiences to the restaurant.

The brick-and-mortar location offers staples from the food truck, including the signature Chicken Over Rice as well as the sliders, wings and nuggets. With the help of Chef Michael Pham, it has also been rolling out new items, including Japanese-style fried chicken over rice, tacos and burritos. 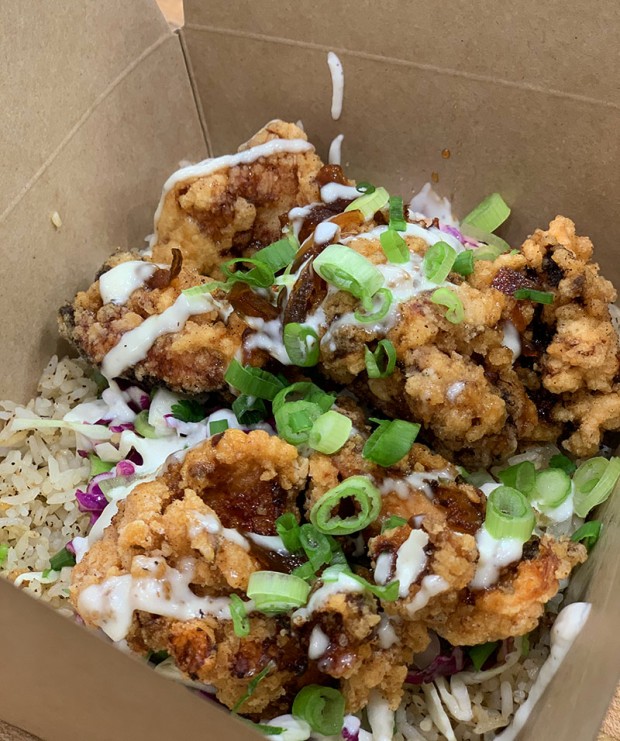 Pictured here is Sticky’s Chicken Over Rice, one of the most popular items on the menu. (Photo: Jordan Magaziner Steinfeld)

Even with others involved in the new restaurant, it’s obvious that the operation is still the Vivares family’s baby. At the front, customers are greeted by the siblings’ mother, Joy Vivares, who proudly calls herself “the mom” and helps take orders. Ceferino, meanwhile, even when not physically in the restaurant, is ready to drop everything and help out whenever he gets a call from his kids, says Patsy, who is busy prepping in the back with Benson.

“I’m so proud of everything [my kids] have done,” Joy says. 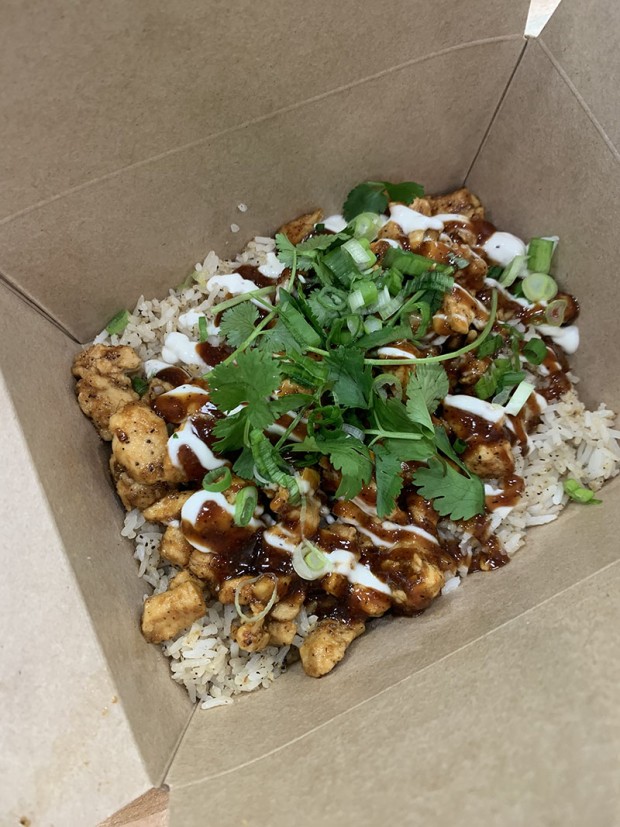 Houston Grand Opera Presents 'My Favorite Things: Songs from The Sounds of Music'