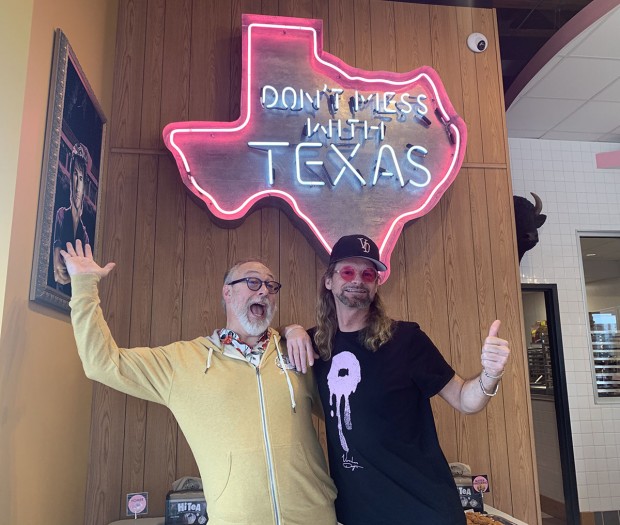 Officially opening to the public at 10 a.m. on Wednesday, Jan. 15, the Houston location (3715 Washington Ave.), marks the company’s ninth outpost since launching 16 years ago. Many Houstonians are already familiar with the brand, which has made a splash in Texas through its outpost on 6th Street in Austin. For the Voodoo Doughnut newbies: get ready for doughnuts galore, from classics like a glazed old-fashioned, to wonkier ones like Chuckles (a raised yeast doughnut with chocolate frosting and topped with peanuts, caramel and chocolate drizzle) to the signature Bacon Maple Bar (raised yeast doughnut topped with maple frosting and bacon). See the flavors here. 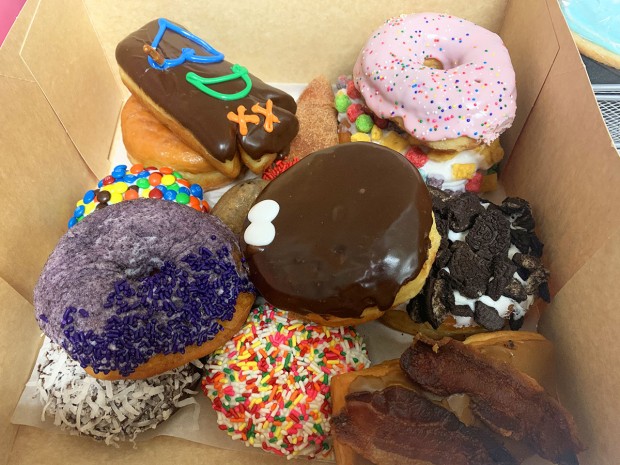 “A lot of the doughnuts we came up with ourselves,” says Kenneth Pogson, who co-founded Voodoo Doughnut with his friend Tres Shannon. “We put bacon on the doughnut before people were putting bacon on anything.”

Kenneth, better known as “Cat Daddy,” and Tres had talked about going into business together for years before they launched Voodoo – setting up shop in a small storefront packed between two nightclubs. They say they were lucky to find a good landlord who believed in their business and who, even today, serves as a mentor.

About six months after launching, it became clear that Voodoo Doughnut would become more than a single doughnut shop.

“We knew we’d be popular in Portland,” Tres says while biting into a buttermilk doughnut, his favorite. “It was six months in that we said this is really going to be something. I remember the exact moment. Cat Daddy was in the back sweating making doughnuts and said he needed to make another 35 pounds [of doughnuts.] Right then, I was like, this is going to be something.” 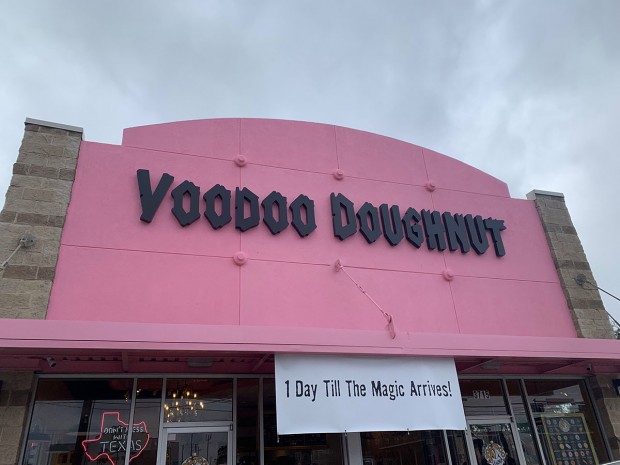 The entrepreneurial duo took their time growing their business, though. They waited five years to open their second one – complete with a festive parade and even a declaration from the Portland Mayor that Voodoo’s Portland Cream Doughnut was the “Official City Doughnut.”  The third outpost was opened three years later, and they expanded into Denver and Austin over the next eight years.

To each new storefront, the founders bring a particular aesthetic. Walk into the Houston shop, and you’ll see tables wrapped in newspaper obituaries – a way to honor the deceased, Tres says – paired with elaborate chandeliers and a pink rotating doughnut display. The décor is odd, if not macabre, but you will likely leave the shop holding a bright pink box and wearing a smile on your face.

“We aren’t saving the world; we aren’t trying to make gazillion-dollar deals. We are just trying to spread some sunshine,” says Kenneth, who says his favorite doughnut is the glazed old-fashioned. 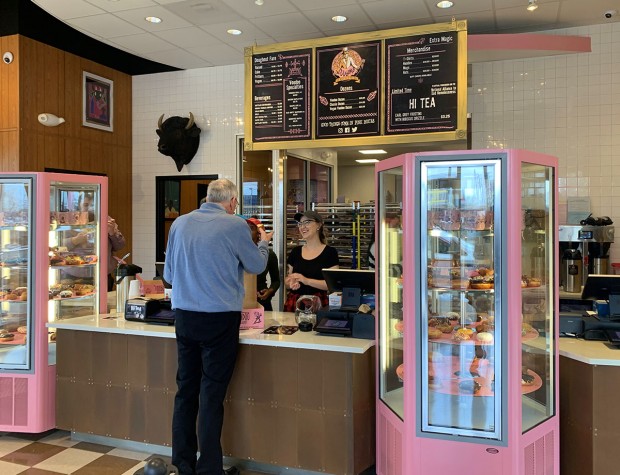 In 2017, Voodoo Doughnut brought on Chris Schultz to serve as CEO of the company. Chris, who has experience helping grow Starbucks and Mod Pizza, was, as soon as he joined the team, eyeing Houston as a site for the company’s expansion.

“Why not Houston?” he says. “Houston is a great town that’s quickly becoming the third largest population in the country. There’s just so much happening in Houston. I think sometime Houstonians want to keep it a little bit of a secret so other people don’t move here.”

Chris says the company does hope to create more outposts in Houston but Voodoo never seeks to become a place on every street corner.

“Voodoo is exclusive,” he says. “You’ve got to search us out, you’ve got to come find us. It’s worth the wait.” 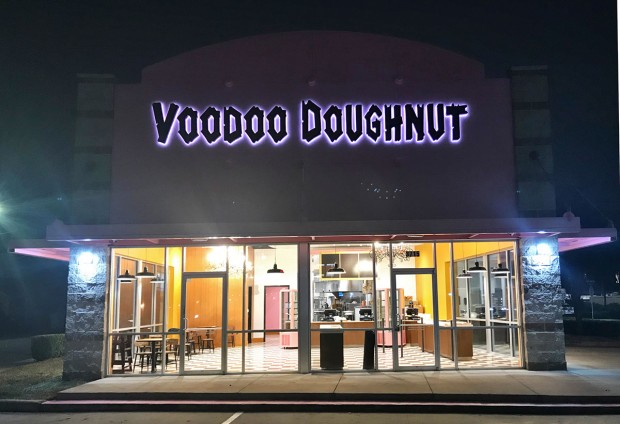 Voodoo Doughnut’s Houston location will be open 24/7 and will feature a drive-through window. (Photo: Heidi Durfee)

Voodoo Doughnut will be open 24 hours a day, seven days a week and will also feature a drive-through window. A portion of all doughnut proceeds on opening day will be donated to Big Brothers Big Sisters.