When a Lot of Work Meets a Little Luck 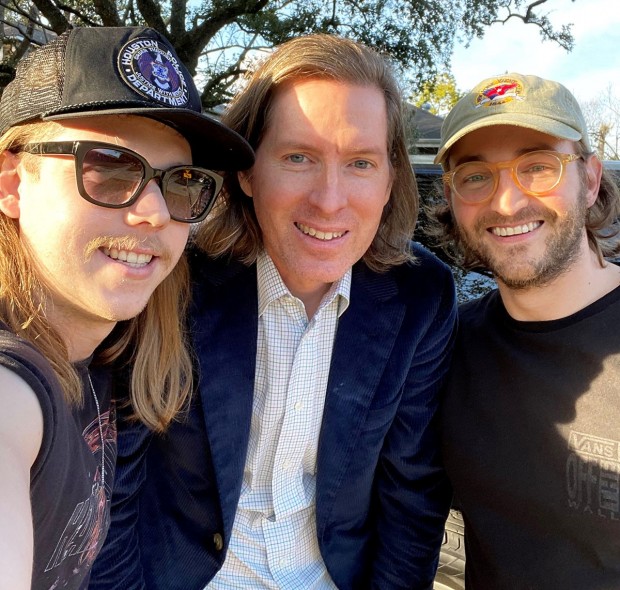 “The harder I work, the luckier I get.” So says an old credo that aptly describes how Preston Douglas turned a lot of hustle and a little good fortune into opportunity.

Preston, a 2013 St. John’s School graduate who is now a New York based artist, has idolized film director Wes Anderson for years. He’s seen every Wes Anderson film at least five times and even credits Wes’ coming-of-age movie Rushmore (1998) for influencing one of his first fashion collections, Saint Johns. That collection, named after the school Preston attended from kindergarten through 12th grade, takes elements of the private school’s khaki, red, black and white uniform and adds Preston’s artistic vision to it.

“It’s kind of the 21st century Rushmore in a different medium,” Preston says of the 2017 collection, explaining that it embodies both the feeling of nostalgia with the sense of being an outsider.

So, when Preston fortuitously ran into Wes the day after Christmas, he seized the opportunity to introduce himself to the fellow St. John’s graduate.

Preston was driving by The Menil Collection with his friend Tom Stacy when he spotted Wes. "I saw [Wes] walking outside and I said, ‘That’s Wes Anderson,’” Preston recalls. “There’s a certain level of courtesy where you don’t want to intrude on these people’s lives, but I knew I just kind of had to shoot this shot.”

The run-in was fortuitous not just because Preston is a fan of Wes’, but also because Preston had been trying for months to show Wes the Saint Johns collection. He had spent significant effort trying to connect with Wes through the St. John’s alumni network or through St. John’s teachers – anyone who he thought might know Wes.

But he had no luck.

“Wes is a private person and I understand why,” said Preston. “When you’re at that level, one person gets your email and it can become annoying quickly. I get why it was so difficult.”

After all that effort, it was ironically when Preston was not trying to find Wes that he spotted him in person.

Preston told Wes about the Saint Johns collection, and Wes shared his assistant’s email address with Preston, telling him he could send him the link for the collection there.

Preston sent it and was thrilled when he received an email response back less than a week later. The Dec. 31 message congratulated Preston and sent him best wishes for future fashion projects.

Now that Preston has met Wes, he’s eyeing his next goal: costume design for one of Wes’ films.

“Wes’ costume design is the best,” Preston says. “It’s been a dream of mine since day one to do costume design for Wes. Hopefully, I’ll be able to cross that off my bucket list one day.”

Editor’s Note: Look out for a story on movie memories – including some of Wes’ – in our upcoming Feb. 2020 issue. Comment below to share your memories of movies filmed in Houston.