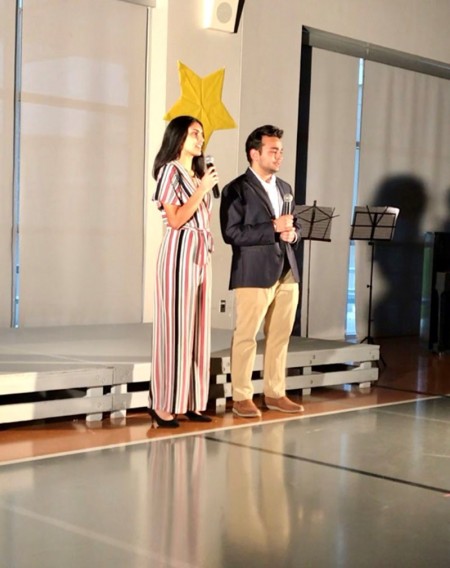 Hosts Jiya Ghorpade and Rakesh Oberoi introducing the next act.

A high note, a beautifully strung sound, a Bollywood dance performance, and even a rap battle was just some of the amazing talents that Carnegie students performed during the first-ever Carnegie talent show. Carnegie’s talent show was sponsored by the Thirst project club, a club that raises money to help countries with little access to water to receive aid to help build wells to provide families with clean access to water.

With both talent and helping others in mind, club leader Litzy Martinez decided that hosting a talent show would be a good way to combine the two things she loved most.

“I started the Thirst project club because I really like helping people and the Thirst project activist group was an easy way of doing it. My mother, in fact, was from El Salvador, a place with limited access to water, so by fundraising this money, I am able to help give back to the communities that were not fortunate enough to have clean water to drink,” she said. Litzy plans on doing more fundraising activities along with the talent show but is happy how the talent show turned out. “We put a lot of time and effort into making this talent show, I’m so proud of everyone who helped with the show and I hope next year will be just as successful as this year.” 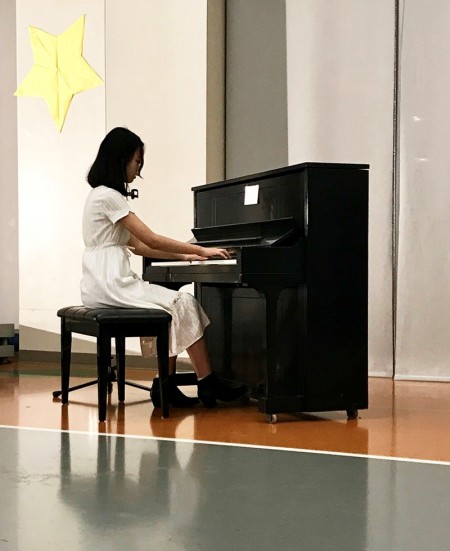 The talent show featured a series of outstanding performances. One that stood out particularly was a piano piece, played by contestant Cheryl Li. She said, “I played both 'Journey' and 'Breath' by Greg Maroney, who is an incredible but underrated artist. I wanted to play this song, so other people could hear and appreciate his music.”

Cheryl, a current freshman in Carnegie, has been playing piano since she first moved here from Chongqing, China in fourth grade. She was excited to play these songs because she has been tirelessly working to perfect these two pieces for the last several months. She claimed that she messed up a few times, but all the audience could hear was the melodic sound of the piano, putting us to peace. 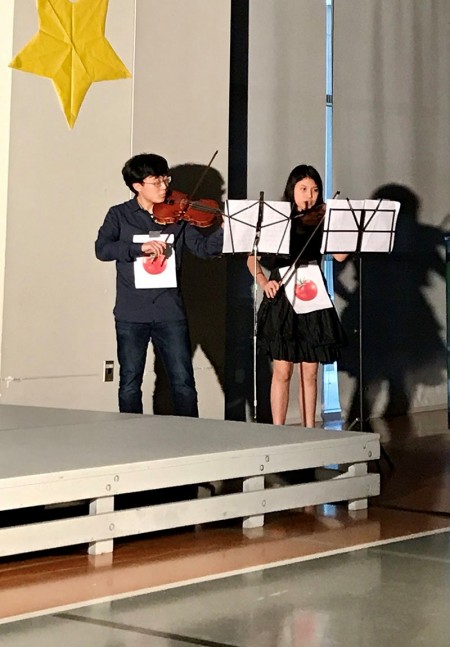 After all the performances, there was a crowned winner, singer Dylan Kipp, who won the crowd over with her amazing cover of “Say Something.” She said, “I sang this song in memory of my grandfather, who recently passed away. I wasn’t expecting to win, however, am really grateful that the audience and the judges enjoyed my voice.”

At the end of the day, win or not, each one of the performers did an amazing job. Plus, the Thirst Project club raised a lot money to donate to countries in need of water. Everyone, including the audience making Carnegie’s first-ever talent show a huge success.