'Crazy for You' at HCHS 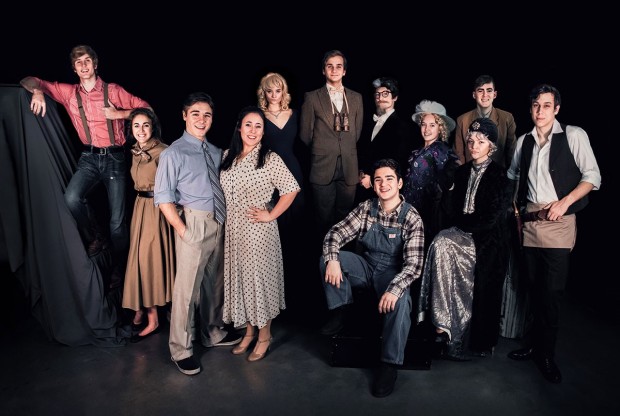 Lead members of the cast of "Crazy for You" presented by Houston Christian High School.

2019’s Tommy Tune Best Actor recipient Adam Kral is at it again, but this time he’s leading a group of Cowboys and Follies across the stage!

Kral plays the lead role of Bobby Child in the new Gershwin romantic comedy, “Crazy for You” that will be performed by the theatre department of Houston Christian High School. Shows run at Houston Baptist University’s Dunham Theatre at 7 p.m. from Thursday, Feb. 6, through Saturday, Feb. 8. There also will be a matinee on Saturday at 2 p.m.

“Crazy for You” tells the story of Bobby Child, a banker who longs to perform on the stage, but is forced to return to his home town in Nevada called Deadrock, otherwise his mother will cut off his allowance. While there he encounters Polly Baker, played by sophomore Lauren Ortega, and falls in love with her.

Kral has been in more than 38 different shows throughout his life, each one playing a different character. He enjoys this show in particular because it gave him the chance to improve his dancing skills, while still challenging his acting and singing. Kral said he uses real people and experience as inspiration to make sure the character he plays stay fresh. He also says the internet is a big help when researching the time period and characterization.

Kral said he wants attendees to have fun and learn from the show that there is a lot more to life than just being successful. He believes the show sends a message that passion is more important to pursue than other’s ideas of success. So don’t miss it!