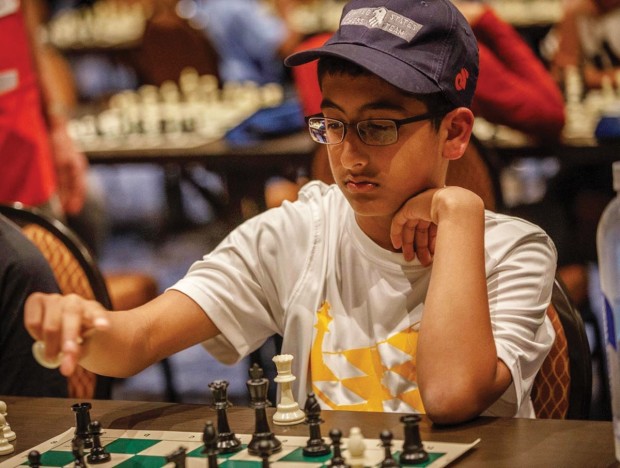 It was the first day of the 2019 Texas State Chess Championship that was being held in the ballroom of a hotel. But I wasn't there to win State. The truth is that I really wanted the four rating points I needed to hit 2200, which would earn me the title National Master (NM). This number reflects your wins and losses as well as your overall level in chess (points are earned through wins and deducted in losses).

National Master is a huge aspiration for many chess players, but almost no one earns it because of the high-level skill and hours of study it requires. For me, the rating represents the thousands of hours of work I have put into chess. By becoming an NM, I'd be higher rated than 99.4 percent of all chess players.

On the first day at State, I played well and left the first round triumphant. I went home and rested up; the next day I would play three games, each lasting about 90 minutes, and each with a stronger opponent. After two wins, I was paired against my friend, who is very good and pretty close to my level. It was an up and down game, but it eventually ended in a draw (or tie).

By the next game, I was exhausted, and my opponent had a way to draw, but he missed it. And that meant I won. In the fifth round, I played someone with whom I was tied for first. I won that round. The funny thing about the game is all of it but five moves I knew by memory because I had studied it before.

The last game I was paired against someone decent, but I was motivated to win, and I pulled it off to become the state champion and, more importantly, become a National Master, which is something I have been working on for years.