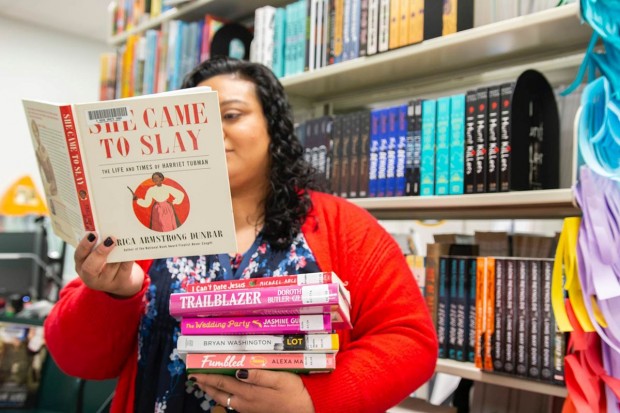 It seems we can’t escape hashtags; some have even made their way into our daily conversations (I’m guilty of using #blessed). Hashtags are even used in the literary world. One hashtag movement in particular has gained momentum over the last few years. Coined by Young Adult author Corinne Duyvis, #OwnVoices is used to recommend books by authors from traditionally underrepresented groups featuring diverse characters.

Just as when we immerse ourselves in J.K Rowling’s Potterverse, we see our own less-magical world differently, reading books by people who might not look, talk, dress, worship or love the way we do, we expand our own experience, imagination and our power of empathy.

#HTownPride
As a native Houstonian, it fills me with pride when Houston is portrayed in books or on screen, well, when it’s done right. Houston author Bryan Washington gets it more than right in his collection of short stories Lot. The stories, each named after a different Houston neighborhood, alternate between an unnamed protagonist (a young, biracial, gay man) and his fellow Houstonians. Their stories tell of struggles with society, poverty, family, relationships, and sexuality; stories of finding their place, without losing themselves in the growing and diverse city of Houston. Raw, emotional, and entertaining, Lots is a Houston that is both familiar and new, it’s #HTownPride.

#BlackGirlMagic
#BlackGirlMagic is used to celebrate the accomplishments of black women. Aside from her role as a conductor of the Underground Railroad, the average person knows little about Harriet #BlackGirlMagic Tubman. In every one of her later achievements, whether it was as a Union Army spy, suffragette, nurse, or entrepreneur, is evidence of the same bravery and selflessness that defines Harriet Tubman and still resonates today. In She Came to Slay: The Life and Time of Harriet Tubman, author Erica Armstrong Dunbar expertly blends a traditional biography with a contemporary approach to pay tribute to one of the most exceptional women in American History.

#CoupleGoals
Jasmine Guillory’s The Wedding Party is a fresh take on the enemies-to-lovers trope. Maddie and Theo are far from #CoupleGoals - they barely tolerate each other -  but do so for the sake of their best friend Alexa. After a night together, the two agree it was a mistake and not to tell Alexa. Unfortunately for Maddie and Theo, Alexa decides to name them both to her bridal party. Between bantering and wedding party responsibilities, Maddie and Theo continue sneaking off together, agreeing not to fall in love. Funny, delightful, and steamy, The Wedding Party will leave readers demanding “Why hasn’t this been adapted into a Netflix movie?”

Need another reason to read new and different books? We have resident diverse book librarian, Nikki Shaw of our Fairbanks Branch Library, speaking about why we should read diverse books. Check it out!