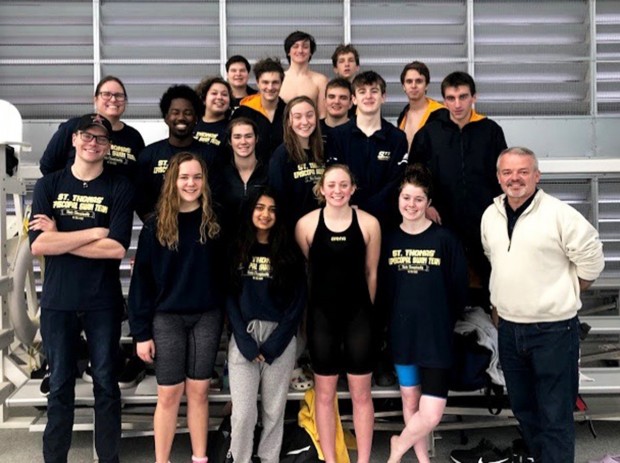 The STE swim teams placed in the top three at the TAPPS 2020 swimming state championships.

After many years of hard work and early morning practices, St. Thomas’ Episcopal’s Girls’ and Boys’ Swim Teams both placed in the top three in the recent 2020 TAPPS State Swimming Championship. With many individual races and relays, the boys’ team placed second and the girls’ team placed third overall. This swim season was a success with new friends made and many medals won.

Jackson Herrscher, a senior at St. Thomas’ Episcopal, performed very well at the state meet with thirds in the 200 medley relay and the 400 freestyle relay. When he discovered the boys’ team placed second overall, Jackson was happy and relieved. “After two years of not doing well at state, it finally paid off when we got second my senior year,” Jackson said.  Jackson enjoyed the many aspects of swimming, but especially the trips. His favorite trip this season was to San Antonio in November, with a stop at Six Flags afterward. 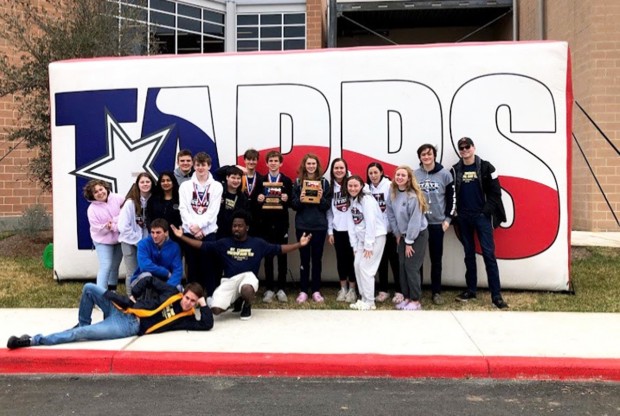 The TAPPS association brings in swim teams from private schools all across Texas.

Katelyn Herbold, a sophomore at STE, placed second in the 200 freestyle relay with Katherine Schwartz, Alex Kurie and Lucy McLean, and third in the 400 freestyle relay with Alex Kurie, Katie Pelletier and Maggie Close. The girls’ swim team was seeded third at the beginning of the meet so they had a feeling they would get third. Katelyn has been on the swim team since middle school and she especially enjoys how the team grows closer throughout the season. “I love the team and hanging out with the people on the team.  I have gotten closer to upperclassmen,” Katelyn said.

Zachary Hutton, a junior at St. Thomas’ Episcopal, placed third in the 200  medley relay and 400 freestyle relay. When Zachary started swim team as a freshman, the team only had four boys, but the influx of new members has led to recent wins for STE.

Zachary chose to swim because it involves racing, unlike direct competition in other sports, which shows who is truly the best swimmer. Zachary not only likes swimming as a sport, but also enjoys being part of the team. “We have really fun coaches who really care about what they’re doing and the team is like a second family, so I didn’t mind going to practices at 6:00 a.m. every day.” Zachary believes that swimming isn’t for everyone, but if you apply yourself it can be rewarding.