They’ve arrived, with more to come

In a city with so many dining options – Houston boasts more than 10,000 restaurants – many of us still find ourselves at a complete loss on where to eat.

“Most people will say to their spouse, their friends or their coworkers, ‘Where do you want to eat?’” said Houston restaurateur Shepard Ross. “The collective answer is usually, ‘I don’t know.’”

Whether the “I don’t know” stems from feeling overwhelmed by the mind-boggling array of options or from a fear of judgement is hard to say. Regardless, Ross bets that the antidote to indecision lies in a growing consumer trend: the food hall.

It’s a simple concept. Similar to a food court, food halls feature several food and beverage ventures operating under one roof. But unlike food courts, which typically consist of fast-food chains like Panda Express and KFC, food halls offer a curated mix of elevated dining options, from perfectly plated sushi to hand-made pasta and decadent desserts.

Since 2016, Houston has witnessed an explosion of food halls. We started with one, Conservatory, which opened as a trendy, underground hub with seven rotating food vendors. Ross, along with business partners Anh Mai and Lian Pham of Company of Nomads, operate Conservatory, which is now in the process of relocating from downtown to EaDo (but will be replaced by another food hall in its original downtown location). Since Conservatory opened, three other food halls have cropped up in downtown: Bravery Chef Hall, Finn Hall and Understory. Another, Politan Row, opened last fall in the Rice Village, and at least four additional halls are slated to open across the city in 2020.

This growth mirrors developments on a national scale. In 2016, there were about 120 food halls across the country; that number is expected to nearly quadruple to 450 by the end of 2020, according to a 2019 report by research group Cushman & Wakefield.

“From a foodie standpoint, it can be hard to decide where to eat. Going to a food hall solves a lot of problems,” says Thomas Nguyen, a Houston restaurateur. Whether you have an indecisive crew of friends or a reunion of family members with varying dietary restrictions, a food hall can cater to everyone.

Meanwhile, entrepreneurs benefit from the chance to try out new concepts without the steep start-up investments and high risks of opening a new restaurant.

“The underlying financial option of not spending $3 million to open a restaurant, only to determine if you have the ability to be successful – that’s valuable to a lot of people,” says Will Donaldson, the founder and CEO of Politan Group, a family of national food hall concepts including Politan Row Houston. “Food halls are here to stay.”

Despite being the nation’s third largest city, Houston was, by some measures, late to jump on the food hall bandwagon. The concept has been around for decades in Europe, and other metropolitan cities like New York and San Francisco introduced them in the early 2000s.

Those in the food and beverage industry say our city’s delay in embracing food halls is part of a larger trend. Houston has been under-the-radar for years. That’s starting to change.

“I think we are organically becoming what other cities are trying to be,” says Nguyen, co-founder and chief marketing officer of Peli Peli. “Nobody intended for us to be hip. We just happen to be very diverse […] I’m a Vietnamese guy operating a South African restaurant – that’s almost the epitome of what this city has become.”

The diversity of the city is apparent when you walk into any one of the food halls, though each has a different feel. At Bravery Chef Hall, chef-owners take center-stage, each operating a mini restaurant with counter seating and direct access to the chef in a 9,000-square-foot space across from Market Square Park.

You’ll find Master Chef winner Christine Ha making Vietnamese food at The Blind Goat. She brings the street food of Vietnam to Houston through unique dishes like Pork Belly Pizza, and Ha’s own story as a Vietnamese woman growing up in Texas comes through in her Queso and Wonton Chips starter, a Tex-Mex favorite with Vietnamese flavors of lemongrass, tamarind and shrimp powder.

“I really admire all of the neighboring vendors,” Ha says. “Part of the reason I wanted to open in Bravery is that everyone here is a heavy hitter. I wanted to get some mentoring and learn from them.”

At Politan Row, nine culinary vendors line the sides of the hall, surrounding a central craft cocktail bar. Guests can try eclectic foods such as Nikkei, Japanese-Peruvian cuisine, at an outpost called Pacha Nikkei and Trinidadian Jerk Chicken at Ate Kitchen.Within 30 feet of Ate Kitchen, patrons will find Rafik Abohattab, a jolly Egyptian, serving up hummus and falafel at a spot called Torshi. And this is only the start.

Read on for a list of Houston’s current and upcoming food halls, plus our recommendations on dishes to try.

Our picks: Don’t miss the namesake G.O.A.T. Curry at The Blind Goat or the Roman-style pizza al taglio at BOH Pasta and Pizza.

Our picks: On a chilly evening, you can’t beat the pho from Sit Lo for a quick dinner; Amaya Coffee’s lattes are the perfect afternoon pick-me-up.

Our picks: Kin’s Sour Yellow Curry is divine. This citrusy, sweet and sour curry is packed with seasonal vegetables and crispy shallots. For Mediterranean fare, try the chicken shawarma with hummus and yellow basmati rice from Torshi.

Our picks: When you’re craving classic Tex-Mex, nothing beats a plate of tacos from Mama Ninfa’s. For something different, try the Filipino-inspired burger with a side of their hand-cut fries.

Food halls in the works

In the process of moving from downtown to 2118 Lamar St.

What we know: Conservatory, Houston’s first food hall, is in the process of relocating from downtown to EaDo, in the former Chapman & Kirby space. They plan to open in late April, and vendors will include Bird Haus, Pho Spot, La Tequiza, Watever Fresh, Treacherous Leches and more.

What we know: The team behind Conservatory and Bravery Chef Hall is bringing a second Conservatory to the Galleria area in fall 2020. Vendors will include an all-day breakfast spot, an Indian Taco Fusion concept, a seafood spot, a healthy spot, plus a wine bar, beer bar and cocktail bar.

What we know: This project is inspired by the night markets found in Hong Kong, Singapore and Malaysia. It will feature several Asian food vendors and Shanty Bar Alley on the ground floor and a dim sum lounge and rooftop bar above. This is slated to open in late 2020 or early 2021.

Hours: TBD, but will be open for breakfast, lunch and dinner

What we know: This innovative market will host culinary talent from around the world and is slated to open in fall 2020 in Houston’s theater district. It will house a variety of vendors, including Press Waffle Co.

What we know: This food hall, situated near White Oak Music Hall, comes from the owners of the Vietnamese sandwich shop, Les Givral’s Kahve, and Oui Banh Mi, according to Eater. Eater reports that it will feature ample seating and six food stalls including Good Dog and a bar/coffee shop called Double Trouble.

What we know: This massive food market project is expected to open in summer 2020 on a 3.5-acre lot just north of Memorial Park. In addition to the food hall, the site will include a 25,000-square-foot interior space inspired by railway terminals. Vendors will sell locally sourced produce and goods. There will also be a dog park with a bar, a beer garden, wine bar, coffee roastery, local food market, local butcher, local baker, weekend farmers’ market and family park.

What we know: This new food hall will take over the downtown space that previously housed Conservatory and is expected to open by March. Operator Daut Elshani says he’s refreshing the aesthetic of the space, and it will be more casual than the other downtown food halls. The vendors are American-Italian gastropub Crisp, craft burger venture Hotline Burger, Asian fusion spot Wokker, Don Juan Taco & Ceviche Bar and a cocktail/wine bar and a beer garden. 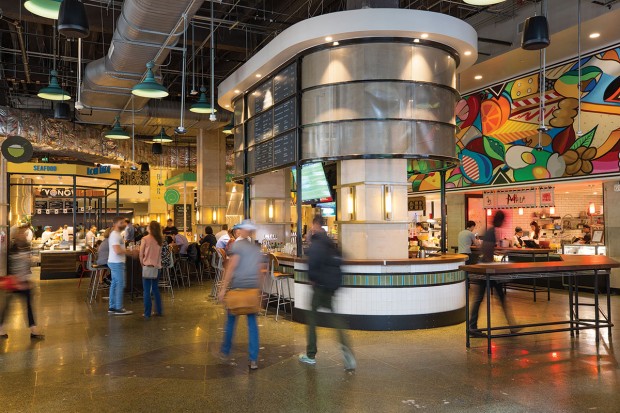 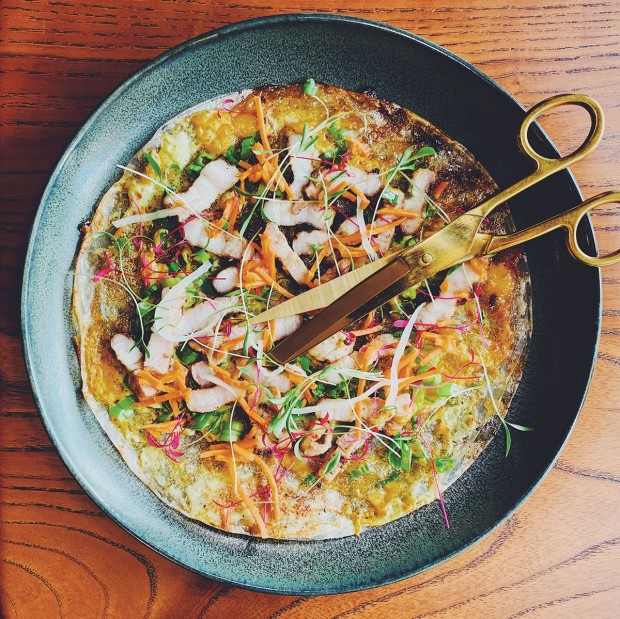 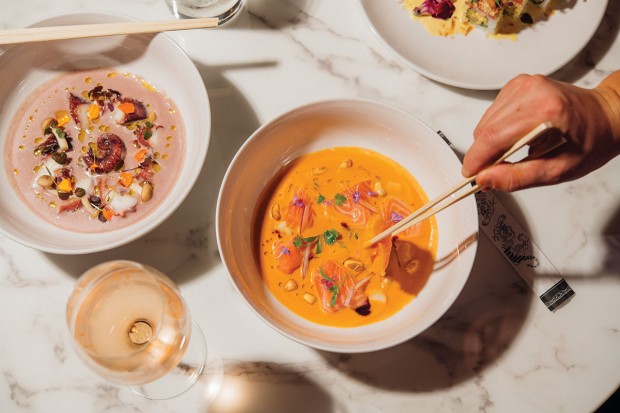 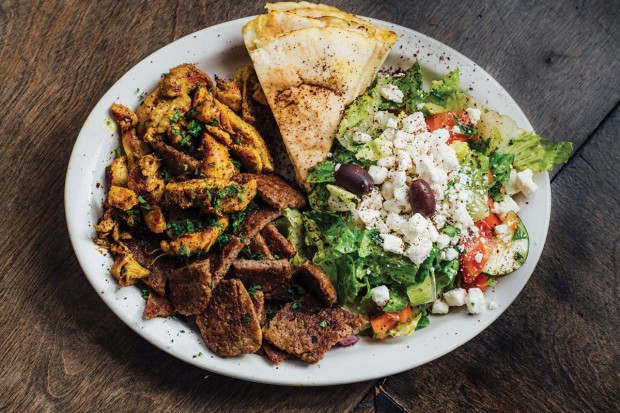 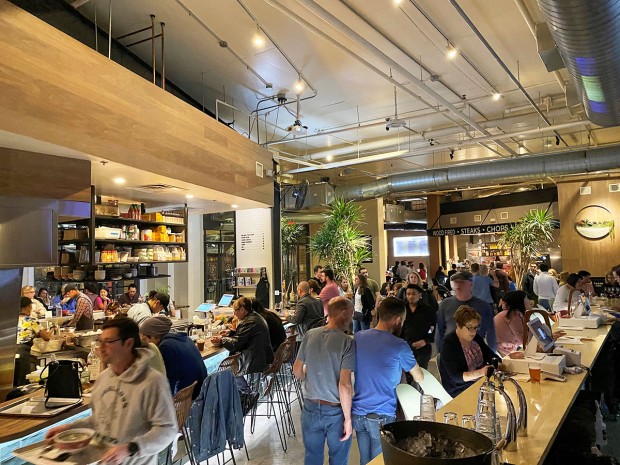 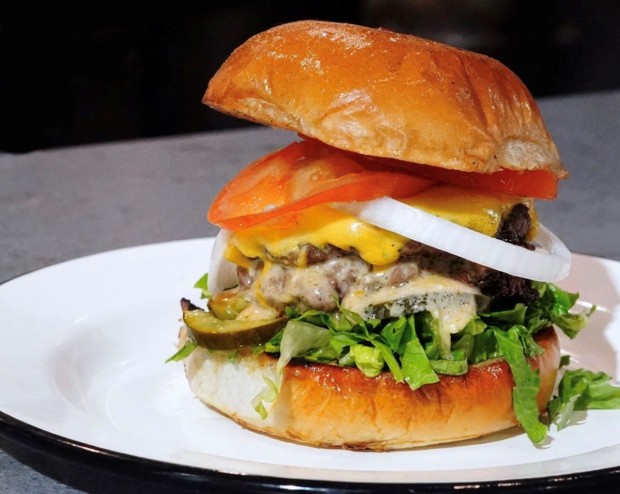 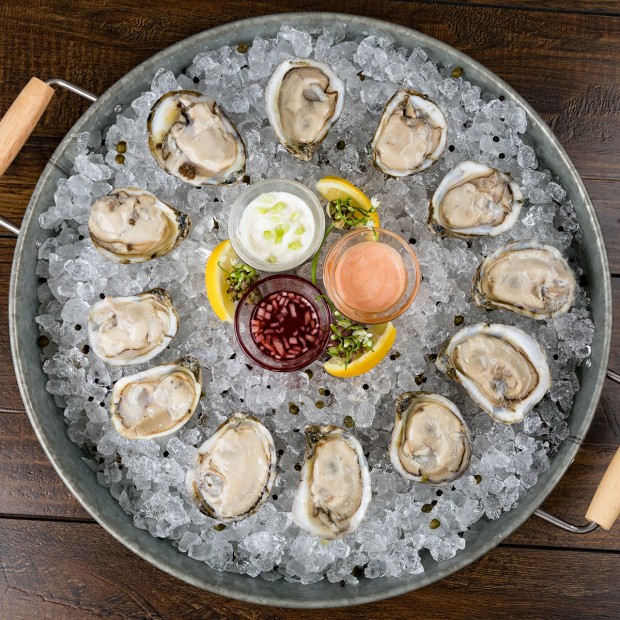