February brings about a lot of celebratory moments in the past few weeks. From Chinese New Year, showing love to others during Valentine's Day, Ash Wednesday to kick off the start of Lent, and most importantly, my tía Angelina Sanchez is turning seven years old. Feliz Cumpleaños for reaching another Leap Year. With all the love I feel for being apart of each celebratory holiday event, I do not want to gloss over the importance of February being Black History Month. Since we are the best art high school in the Houston area, the stakes are high for representing our big production in The Color Purple. I interviewed a lead actor, Josh Garvin, on his take of the character Harpo.

Harpo comes from a dysfunctional family; he grew up watching his father be disrespectful to his wives. Despite his hardships, Harpo comes off as a naturally friendly person; he is not hung up on stereotypical sex roles and seems to enjoy the domestic activities of running a house alongside his wife, Sophia. What gets Harpo into trouble is letting his father's doctrine fill his head with negative views on women. Harpo is getting the idea that a man should have total domination over their wife; this way of thinking was the start to the end of his marriage. He had to lose his wife to help him learn from his mistakes and to begin feeling comfortable with himself again. Let us learn more about Harpo from the lead actor playing him:

What do you do as an actor to get into character to best represent Harpo?

As an actor, to prepare to be the best version of Harpo, I take time to connect to Harpo's story and who he was and how it relates to me. I immediately become someone else, and as he goes through the show, he gets more robust, and this is an accurate representation of myself.

Do you feel that Harpo, in the end, stays true to himself even though society tells him a man should not enjoy domestic work?

In the musical, Harpo is valid to himself throughout the whole show despite the many challenges he faces with being accepted in his family for the choices he makes. The decisions that he makes are to benefit him and his well being.

As a black man, do you believe that there should be a more positive role model to protect and uplift our black queens?

Yes, I believe there should be more male roles written to where they protect the black women, but at the same token, the male would allow them to express themselves under no restrictions.

Being that it's Black History Month, how important is it that you are a part of the cast, The Color Purple?

I'm honored to be a part of this musical, whether in Black History Month or not. To be able to tell a story to uplift other people that look like my peers and me is a joy of its own. Since it's Black history month, this adds another element excitement and a more significant reason to tell this story.

What message do you hope the audience will come away with by watching this performance?

There are many messages in this show, but I hope each person will walk out of the show feeling like that have a purpose in this world and not to let another human hinder their success. If anything, I want the audience to feel enriched. 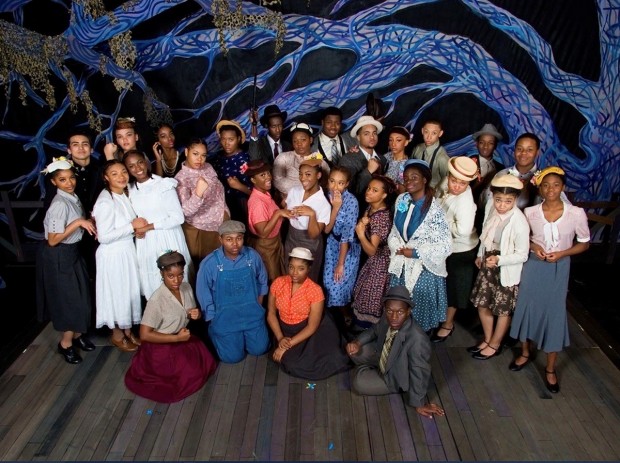 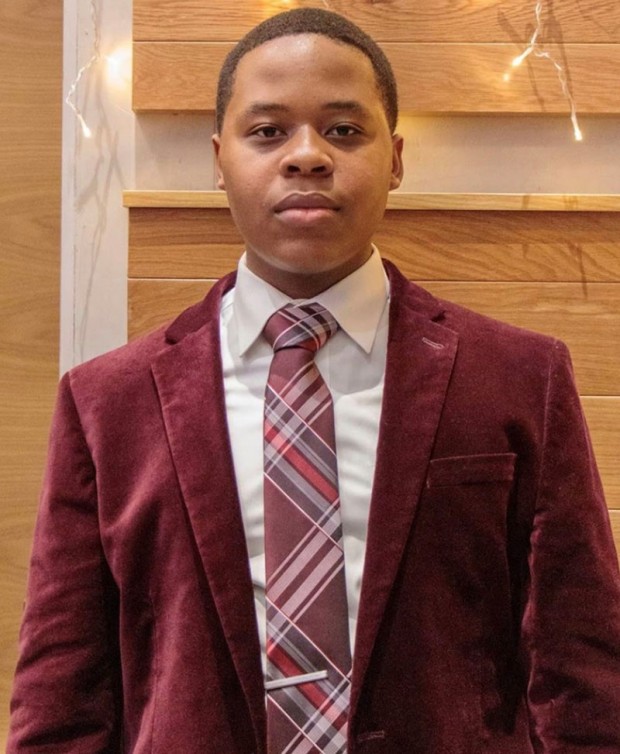 Josh Garvin, lead actor for character Harpo, who has been a part of several major theater shows, including Mary Poppins and Chicago. (Photo courtesy of Josh Garvin) 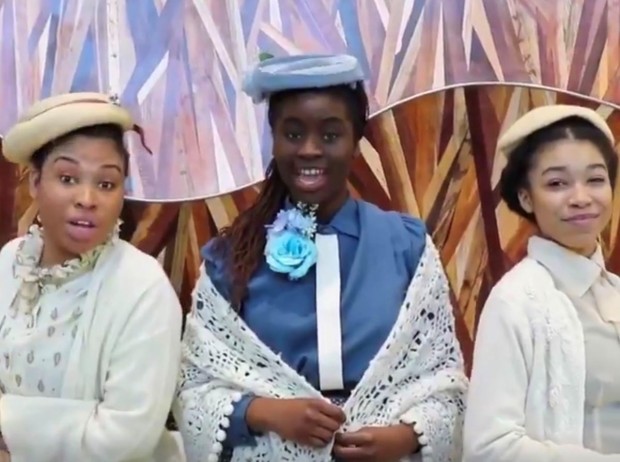