Live Music in Houston this March 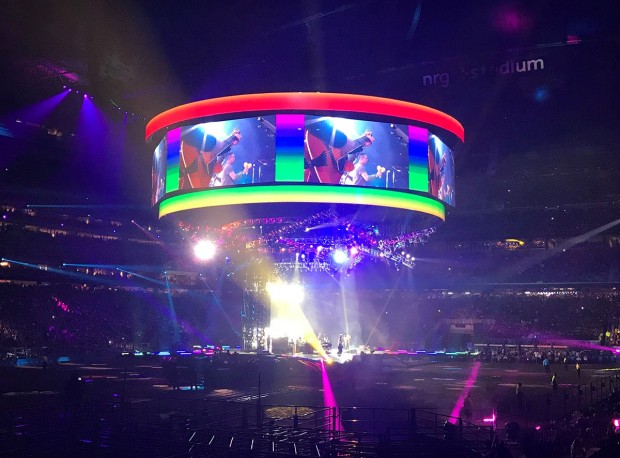 I know the only concerts anyone in Houston has their mind on in March are those happening at RodeoHouston. And who can blame us!? Although I'm not sure if this year's acts top last year's lineup, there are a bunch of great shows happening in the next month in Houston. I'll point out my favorites and let you know about any others that may be happening around town not at the Rodeo.

Mar. 4: Willie Nelson @ Houston Livestock Show and Rodeo
Willie Nelson is a Texas legend. Even if you don't love his music, there is value in seeing him live, in the flesh. It's also Armed Forces Appreciation Day, so a good day to go out to the Rodeo and support. For those (like me, admittedly), who don't know who "Midland" is (the band kicking off the Rodeo on the 3rd), Nelson is a good way to kick off Rodeo season.

Mar. 6-7: Eagles @ Toyota Center
If you're going, see you there! The Eagles are everyone's favorite American classic rock band, and they have too many hits to even mention. Two shows, in case you miss them the first night.

Mar. 8: James Kennedy @ 40 Below (Under Revention Music Center)
James Kennedy is a reality tv star (from the amazing show Vanderpump Rules) slash DJ. He is a larger than life character with some actually decent songs! Go see him as a fan of his music or his show personality - he's known for his crazy outbursts.

Mar. 6: Chance the Rapper @ HLSR
Chance the Rapper is a jack of all trades - a great musician, actor, and activist. Although I can't be too sure, I predict he will move around the crowd a lot at his show and interact as much as possible.

Mar. 7: Maren Morris @ HLSR
Morris is a country artist turned pop sensation. She's a crossover artist perfect for the Rodeo. Listen to her song "GIRL" to get a feel for her style. Most likely, you'll know her from her cameo in pop hit "The Middle."

Mar. 10: NCT 127 @ HLSR
Although I can't say I know much about K-Pop band NCT 127, I am so excited they're performing at the Rodeo. Houston is such a diverse city, and I love when we bring other genres of music to the Rodeo. I know the point is country, but it's great to showcase other acts! This will be the first K-Pop band ever to perform at the Rodeo!

Mar. 13: Lizzo @ HLSR
This. This is the show we've all been waiting for. Not only is is Black Heritage Day at the Rodeo, but it is native Houstonian LIZZO live in concert! The show is already sold out, but check around for tickets - someone will be reselling. You don't want to miss this. It is going to be a feel-good, Texas-style party for the ages.

Mar. 16: Keith Urban @ HLSR
Who doesn't love Keith Urban? He's been around for years, has always been unproblematic, and has the cutest Aussie accent. This will be his eighth (!!) time at RodeoHouston!

Mar. 17: Gwen Stefani @ HLSR
I feel like a lot of people I have talked to aren't very excited that Gwen is coming to the Rodeo, but I think it's a fun pick. She's every young adult's guilty emo pleasure, and she is constantly in the news via The Voice or her relationship with co-star on The Voice, Blake Shelton. Don't pretend like you don't know all the words to her songs - it will be so fun to sing along to "Hollaback Girl" with thousands of other people at the Rodeo.

Mar. 18: Khalid @ HLSR
Khalid is another Texas native - he went to high school in El Paso! He's one of the hottest pop musicians right now, with hits like "Talk," "Young Dumb & Broke," and "Love Lies." He has done collabs with other famous stars, so will probably play a smattering of those hits. I'm planning on going to this show, so come find me if you're there!

Mar. 20: Marshmello @ HLSR
I'm intrigued by how this show will go. Marshmello has plenty of hit songs these days - "Happier," "Friends," and others; but I wonder how an EDM DJ will translate to the rotating Rodeo stage. In previous years, the Chainsmokers and other EDM acts performed, so it is doable, but I'm always interested in seeing how these types of shows go off. Let me know!

Mar. 20: Buddy Guy @ House of Blues
Buddy Guy is an amazing blues guitarist known for transforming or creating many of the popular blues songs you hear today. He is also hilarious, and has amazing stage presence. During his shows, he often does a "roaming" set into the crowd. Coincidentally enough, he's played twice right near me!

Mar. 22: Luke Bryan @ HLSR
As he does every year, Luke Bryan will be closing out the Rodeo. You'd think fans would be tired of him by now, but every year he manages to be just as fun as the year before, and is a great closer to a long month of concerts and rodeo-ing.